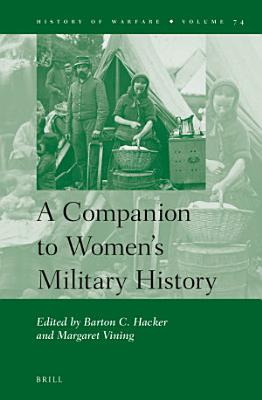 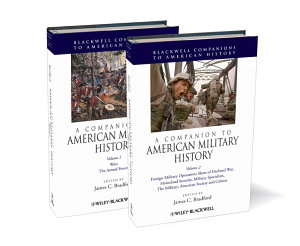 With more than 60 essays, A Companion to American MilitaryHistory presents a comprehensive analysis of the historiographyof United States military history from the colonial era to thepresent. Covers the entire spectrum of US history from the Indian andimperial conflicts of the seventeenth century to the battles inAfghanistan and Iraq Features an unprecedented breadth of coverage from eminentmilitary historians and emerging scholars, including little studiedtopics such as the military and music, military ethics, care of thedead, and sports Surveys and evaluates the best scholarship on every importantera and topic Summarizes current debates and identifies areas whereconflicting interpretations are in need of further study 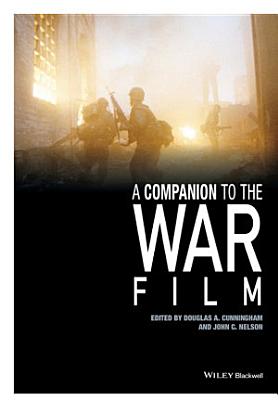 A Companion to the War Film contains 27 original essays that examine all aspects of the genre, from the traditional war film, to the new global nature of conflicts, and the diverse formats that war stories assume in today’s digital culture. Includes new works from experienced and emerging scholars that expand the scope of the genre by applying fresh theoretical approaches and archival resources to the study of the war film Moves beyond the limited confines of “the combat film” to cover home-front films, international and foreign language films, and a range of conflicts and time periods Addresses complex questions of gender, race, forced internment, international terrorism, and war protest in films such as Full Metal Jacket, Good Kill, Grace is Gone, Gran Torino, The Messenger, Snow Falling on Cedars, So Proudly We Hail, Tae Guk Gi: The Brotherhood of War, Tender Comrade, and Zero Dark Thirty Provides a nuanced vision of war film that brings the genre firmly into the 21st Century and points the way for exciting future scholarship 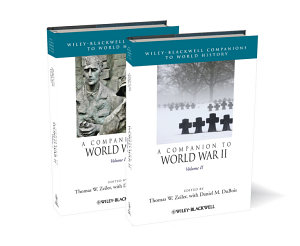 A Companion to World War II brings together a series offresh academic perspectives on World War II, exploring the manycultural, social, and political contexts of the war. Essay topicsrange from American anti-Semitism to the experiences ofFrench-African soldiers, providing nearly 60 new contributions tothe genre arranged across two comprehensive volumes. A collection of original historiographic essays that includecutting-edge research Analyzes the roles of neutral nations during the war Examines the war from the bottom up through the experiences ofdifferent social classes Covers the causes, key battles, and consequences of thewar 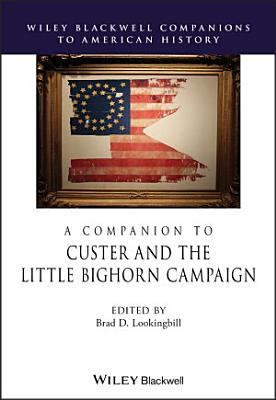 An accessible and authoritative overview of the scholarship that has shaped our understanding of one of the most iconic battles in the history of the American West Combines contributions from an array of respected scholars, historians, and battlefield scientists Outlines the political and cultural conditions that laid the foundation for the Centennial Campaign and examines how George Armstrong Custer became its figurehead Provides a detailed analysis of the battle maneuverings at Little Bighorn, paying special attention to Indian testimony from the battlefield Concludes with a section examining how the Battle of Little Bighorn has been mythologized and its pervading influence on American culture 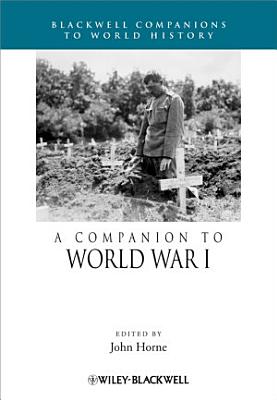 "A Companion to the First World War" brings together a team of distinguished historians from 10 countries who contribute 38 substantial and thought-provoking chapters. The volume opens with a section on the state of the world before 1914, as it prepared for war without anticipating its true nature, and concludes with an examination of the conflict's military, diplomatic, and cultural legacies. In addition to covering the military history of the war and the individual states involved, contributors explore major themes such as war crimes, occupations, film, and gender. Reflecting the latest historical research, this Companion enriches our understanding of the origins, nature, and impact of what remains one of the most devastating events in modern history. 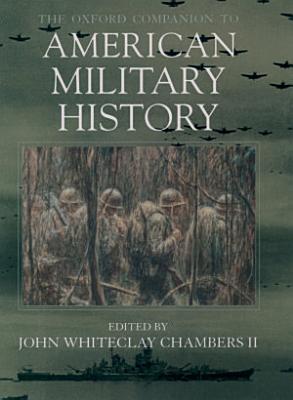 Covers the entire spectrum of American military history with essays on the major wars and battles, weapons, and leaders 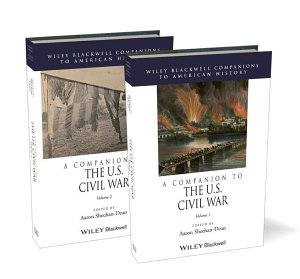 A Companion to the U.S. Civil War presents a comprehensive historiographical collection of essays covering all major military, political, social, and economic aspects of the American Civil War (1861-1865). Represents the most comprehensive coverage available relating to all aspects of the U.S. Civil War Features contributions from dozens of experts in Civil War scholarship Covers major campaigns and battles, and military and political figures, as well as non-military aspects of the conflict such as gender, emancipation, literature, ethnicity, slavery, and memory 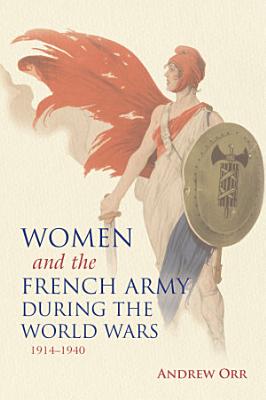 How did women contribute to the French Army in the World Wars? Drawing on myriad sources, historian Andrew Orr examines the roles and value of the many French women who have been overlooked by historians—those who worked as civilians supporting the military. During the First World War, most officers expected that the end of the war would see a return to prewar conditions, so they tolerated women in supporting roles. But soon after the November 1918 armistice, the French Army fired more than half its female employees. Demobilization created unexpected administrative demands that led to the next rehiring of many women. The army's female workforce grew slowly and unevenly until 1938 when preparations for war led to another hiring wave; however, officers resisted all efforts to allow women to enlist as soldiers and alternately opposed and ignored proposals to recognize them as long-term employees. Orr's work offers a critical look at the indispensable wartime roles filled by women behind the lines. 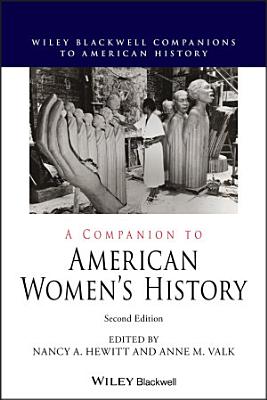 The most important collection of essays on American Women’s History This collection incorporates the most influential and groundbreaking scholarship in the area of American women’s history, featuring twenty-three original essays on critical themes and topics. It assesses the past thirty years of scholarship, capturing the ways that women's historians confront issues of race, class, gender, and sexuality. This second edition updates essays related to Indigenous women, slavery, the American Revolution, Civil War, the West, activism, labor, popular culture, civil rights, and feminism. It also includes a discussion of laws, capitalism, gender identity and transgender experience, welfare, reproductive politics, oral history, as well as an exploration of the perspectives of free Blacks and migrants and refugees. Spanning from the 15th through the 21st centuries, chapters show how historians of women, gender, and sexuality have challenged established chronologies and advanced new understandings of America’s political, economic, intellectual and social history. This edition also features a new essay on the history of women’s suffrage to coincide with the 100th anniversary of passage of the 19th Amendment, as well as a new article that carries issues of women, gender and sexuality into the 21st century. Includes twenty-three original essays by leading scholars in American women's, gender and sexuality history Highlights the most recent scholarship on the key debates and future directions of this popular and contemporary field Substantially updates the first edition with new authors and topics that represent the expanding fields of women, gender, and sexuality Engages issues of race, ethnicity, region, and class as they shape and are shaped by women’s and gender history Covers the breadth of American Women's history, including Native women, colonial law and religion, slavery and freedom, women’s activism, work and welfare, culture and capitalism, the state, feminism, digital and oral history, and more A Companion to American Women’s History, Second Edition is an ideal book for advanced undergraduates and graduate students studying American/U.S. women’s history, history of gender and sexuality, and African American women’s history. It will also appeal to scholars of these areas at all levels, as well as public historians working in museums, archives, and historic sites.