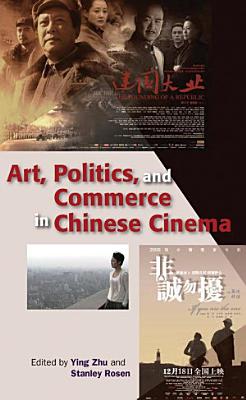 "Ying Zhu and Stanley Rosen have brought together some of the leading scholars and critics of Chinese cinema to rethink the political mutations, market manifestations, and artistic innovations that have punctuated a century of Chinese screen memories. From animation to documentary, history of the industry to cinematic attempts to recreate history, propaganda to piracy, the influx of Hollywood imports to Chinese-style blockbusters, Art, Politics, and Commerce in Chinese Cinema presents a fresh set of critical approaches to the field that should be required reading for scholars, students, and anyone interested in the past, present, and future of one of the most vibrant and dynamic film industries in the world."-Michael Berry, author, Jia Zhangke's "Hometown Trilogy" and A History of Pain "An excellent collection of articles that together offer a superb introduction to contemporary Chinese film studies."-Richard Pena, Program Director, Film Society of Lincoln Center "This is one of the most important, comprehensive, and profoundly important books about Chinese cinema. As correctly pointed out by the editors of the volume, understanding of the emerging film industry in China requires a systematic examination of arts, politics, and commerce of Chinese cinema. By organizing the inquiry of the Chinese film industry around its local and global market, politics, and film art, the authors place the current transformation of Chinese cinema within a large framework. The book has set a new standard for research on Chinese cinema. It is a must-read for students of arts, culture, and politics in China."-Tianjian Shi, Duke University Art politics, and commerce are intertwined everywhere, but in China the interplay is explicit, intimate, and elemental, and nowhere more so than in the film industry. Understanding this interplay in the era of market reform and globalization is essential to understanding mainland Chinese cinema. This interdisciplinary book provides a comprehensive reappraisal of Chinese cinema, surveying the evolution of film production and consumption in mainland China as a product of shifting relations between art, politics, and commerce. Within these arenas, each of the twelve chapters treats a particular history, development, genre, filmmaker or generation of filmmakers, adding up to a distinctively comprehensive rendering of Chinese cinema. The book illuminates China's changing stat-society relations, the trajectory of marketization and globalization, the effects of China's start historical shifts, Hollywood's role, the role of nationalism, and related themes of interest to scholars of Asian studies, cinema and media studies, political science, sociology comparative literature and Chinese language. Ying Zhu is professor of cinema studies in the Department of Media Culture and co-coordinator of the Modern China Studies Program at the City University of New York, College of Staten Island. Stanley Rosen is director of the East Asian Studies Center and a professor of political science at the University of Southern California. 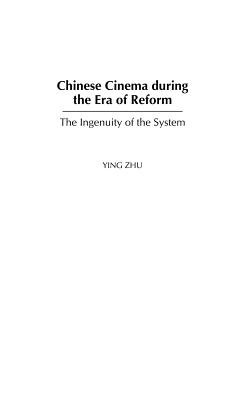 Offers an insider's account of the rise and fall of Chinese cinema's art and entertainment industry, including its transition to commercialization. 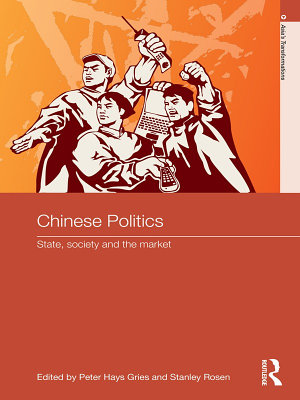 Written by a team of leading China scholars this text interrogates the dynamics of state power and legitimation in 21st Century China. Despite the continuing economic successes and rising international prestige of China there has been increasing social protests over corruption, land seizures, environmental concerns, and homeowner movements. Such political contestation presents an opportunity to explore the changes occurring in China today – what are the goals of political contestation, how are Chinese Communist Party leaders legitimizing their rule, who are the specific actors involved in contesting state legitimacy today and what are the implications of changing state-society relations for the future viability of the People’s Republic? Key subjects covered include: the legitimacy of the Communist Party internet censorship ethnic resistance rural and urban contention nationalism youth culture labour relations. Chinese Politics is an essential read for all students and scholars of contemporary China as well as those interested in the dynamics of political and social change. 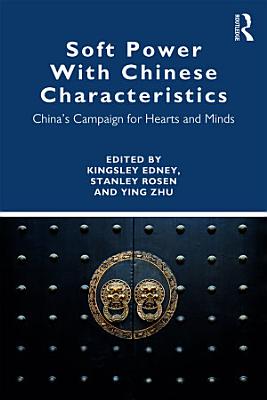 This book examines the Chinese Communist Party’s attempts to improve China’s image around the world, thereby increasing its "soft power." This soft, attractive form of power is crucial if China is to avoid provoking an international backlash against its growing military and economic might. The volume focuses on the period since Xi Jinping came to power in 2012, and is global in scope, examining the impact of Chinese policies from Hong Kong and Taiwan to Africa and South America. The book explains debates over soft power within China and delves into case studies of important policy areas for China’s global image campaign, such as film, news media and the Confucius Institutes. The most comprehensive work of its kind, the volume presents a picture of a Chinese leadership that has access to vast material resources and growing global influence but often struggles to convert these resources into genuine international affection. With a foreword by Joseph Nye, Soft Power With Chinese Characteristics will be invaluable to students and scholars of Chinese politics and Chinese media, as well as international relations and world politics more generally. 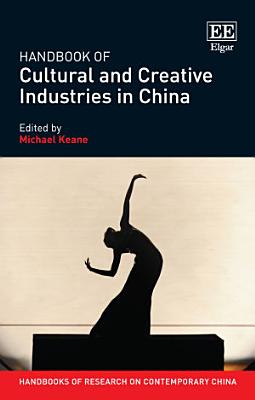 China is at the crux of reforming, professionalising, and internationalising its cultural and creative industries. These industries are at the forefront of China's move towards the status of a developed country. In this comprehensive Handbook, international experts including leading Mainland scholars examine the background to China's cultural and creative industries as well as the challenges ahead. The chapters represent the cutting-edge of scholarship, setting out the future directions of culture, creativity and innovation in China. Combining interdisciplinary approaches with contemporary social and economic theory, the contributors examine developments in art, cultural tourism, urbanism, digital media, e-commerce, fashion and architectural design, publishing, film, television, animation, documentary, music and festivals. 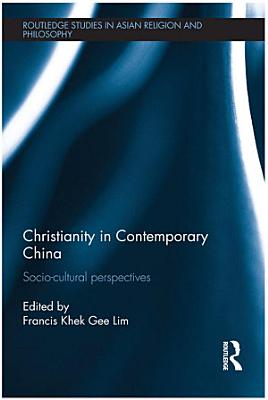 Christianity is one of the fastest growing religions in China. Despite its long history in China and its significant indigenization or intertwinement with Chinese society and culture, Christianity continues to generate suspicion among political elites and intense debates among broader communities within China. This unique book applies socio-cultural methods in the study of contemporary Christianity. Through a wide range of empirical analyses of the complex and highly diverse experience of Christianity in contemporary China, it examines the fraught processes by which various forms and practices of Christianity interact with the Chinese social, political and cultural spheres. Contributions by top scholars in the field are structured in the following sections: Enchantment, Nation and History, Civil Society, and Negotiating Boundaries. This book offers a major contribution to the field and provides a timely, wide-ranging assessment of Christianity in Contemporary China. 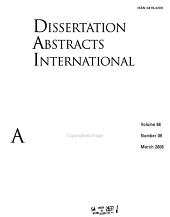 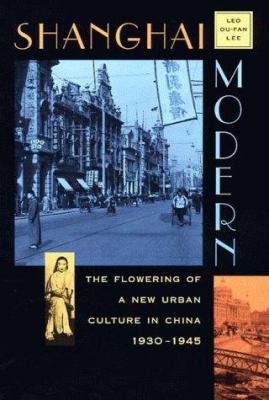 In the midst of China's wild rush to modernize, a surprising note of reality arises: Shanghai, it seems, was once modern indeed, a pulsing center of commerce and art in the heart of the twentieth century. This book immerses us in the golden age of Shanghai urban culture, a modernity at once intrinsically Chinese and profoundly anomalous, blending new and indigenous ideas with those flooding into this "treaty port" from the Western world. A preeminent specialist in Chinese studies, Leo Ou-fan Lee gives us a rare wide-angle view of Shanghai culture in the making. He shows us the architecture and urban spaces in which the new commercial culture flourished, then guides us through the publishing and filmmaking industries that nurtured a whole generation of artists and established a bold new style in urban life known as modeng. In the work of six writers of the time, particularly Shi Zhecun, Mu Shiying, and Eileen Chang, Lee discloses the reflection of Shanghai's urban landscape--foreign and familiar, oppressive and seductive, traditional and innovative. This work acquires a broader historical and cosmopolitan context with a look at the cultural links between Shanghai and Hong Kong, a virtual genealogy of Chinese modernity from the 1930s to the present day. 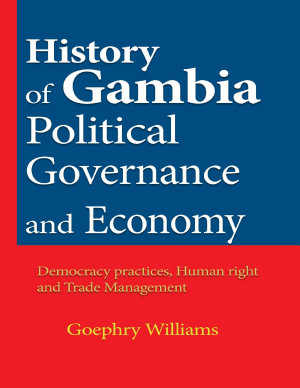 History of Gambia Political Governance and Economy. Democracy practices, Human right and Trade Management. A Book on Gambia Environment will guide you through. Political risk in the tiny West African state of “The Gambia” is high. Named after the small river around which its borders fluctuate, the country hosts a dictatorship established in a 1994 coup. The country also hosts Hizbollah operatives who conduct international financial transactions, and is one of the top African cocaine transshipment points to Europe. Local businesses are considering fleeing to Sierra Leone to escape a raft of seemingly arbitrary and protectionist laws promulgated by the President for potentially personal reasons. Many small business owners and foreign investors see Sierra Leone as a better alternative, and are considering migrating their businesses. However, according to Ease of Doing Business data from the World Bank, The Gambia has a fighting chance against its nearest competitor. In 2013

Since the advent of civil society, politicians have evolved various methods of acquiring and retaining power over the people. In discussing these methods, Aristotle, for example, noted that “the leader must cut off the heads of the largest poppies, destroy the proud and rid himself of outstanding men. He must employ spies, use women to report about men, ferment quarrels and keep the people busy and poor. He must show zeal in religion, but zeal combined with dignity and a certain reserve, which will save his piety from seeming artificial and insincere. He must bestow favours in person, but inflict punishment through the agency of the magistrates and the law courts. He has at all times to beware of assassins and especially of those who are willing to sacrifice their lives.” In the early days of human political history, these methods, it must be supposed, existed as isolated methods of manipulating people. It was Niccolo Machiavelli who organized them into a systematic art. It is this art as applied in Kenya that is the focus of this book. The book, however, delves deeper beyond simple Machiavellianism to illuminate other methods of scientific mind manipulation that have evolved following remarkable advances in human psychology and especially psychiatry. Indeed, the book sheds light on the development of knowledge in the field of psychology and sociology and provides profound insights into the social and psychological nature of man.Besides the scientific aspects, the book brightly illuminates the corridors of Kenya's political history in the period shortly before independence in 1963 to 2002. It also provides a refreshing encounter with renowned philosophers, including Socrates, Aristotle, Plato, Stuart Mill and Bertrand Russell, as their ideas bear on the development of thought on the governance of mankind. The book is certainly a must read for students and players of Kenyan politics as well as lovers of Greek classics including The Odyssey and The Iliad.