2013 Reprint of 1950 Edition. Full facsimile of the original edition, not reproduced with Optical Recognition Software. American writer Faber Birren devoted his life to color and it's effects on human life. After writing around 25 texts on the topic, it would be safe to say his work is considered highly among color experts and psychologists around the world. Birren's work has a strong focus on linking how humans perceive colors to how it makes them react. He writes, "Good smelling colors are pink, lilac, orchid, cool green, aqua blue." Birren explores the work of several physicians, scientists and doctors, mainly the German psychoanalyst and physician Felix Deutsch, whose findings throw important light not only on medical practice with references to color but on the whole psychology of color. Birren states that if a person prefers warmer colors such as hues of red and oranges, they are likely to me more aware of their social environment. He labels these as "warm color dominant subjects." On the other hand, those preferring cooler colous such as blues and greens, are categorized generally as "cold color dominant subjects" and are recognized as finding it challenging to adapt themselves to new environments and situations." By splitting people into separate categories, based on their color preferences, Birren finds himself able to establish a greater understanding of their personalities and characteristics. One experiment Birren explores in his text, courtesy of Kurt Goldstein, involves a subject standing before a black wall with his eyes shut and arms outstretched to touch the wall in front. When the subject is influenced by a warm color such as the color red, his arms deviate away from each other, whereas when under the influence of a cooler colour such as green or blue, even though the reaction is a subtle one, the subject will move his arms closer together. I find this experiment, simple as it is, to be fascinating in highlighting the strong effects colors have on our minds and bodies. As well as distinguishing the differences in peoples' character through his use of color psychology, Birren also touches on the effects colors can have on the mentally ill. This section was the most interesting and involved a series of complex experiments such as discovering which neurological disorders were linked to which colors. Courtesy of the work by Hans Huber, it was proven that patients suffering manic tendencies preferred the color red, a symbol of blood and anger. Hysterical patients were more sensitive to green, "perhaps as an escape," the color linked to paranoid subjects was found to be brown and schizophrenics are sensitive to yellow. Birren states that persons troubled with "nervous (neurotic) and mental (psychotic) disturbances are greatly affected by color and are responsive to it." Therefore color becomes much more significant to them, and affects them in a completely different way than those without such neurological disturbances. Chapter 12 "Neurotics and Psychotics" is the most compelling in the text as it relates to my dissertation topic. After struggling to find texts specific to my research subject, this text and its contents came as a welcomed discovery and I will be referring to Birren's work throughout my further research.

This is a new release of the original 1950 edition. 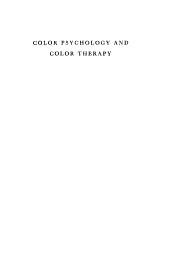 From the Dust Jacket: Faber Birren is not a theorist but a practical craftsman. Unlike most of us, Faber Birren is willing to learn from anybody. He has learned from the most diverse people, from people who contradict each other, from people who denounce each other, from the occultists and mystics as well as from the biologists and agnostic scientists. It is in this book. Faber Birren does not try to explain away the inexplicable. He says very well: "Explanations of psychological and psychical phenomena are not always easy-and indeed unnecessary. There are in man many strange and inexplicable mysteries regarding color." Faber Birren makes his living by prescribing color. He prescribes it to government, to education, to the armed forces, to architecture, to industry and commerce. The public was not buying nearly enough billiard tables for basement rumpus rooms. Birren found that American women would not have the green-topped billiard tables in their homes. Look at the price of this stock on the market; it all happened when Birren had the firm change the color of the table covering to a soft purplish tone. In the Southern textile mills of Marshall Field & Company, Birren reduced fatigue by giving workers light green end-walls. He relieved monotony for telephone girls by introducing yellow into the decoration of exchanges. He reduced accidents by devising a new color scheme. The advent of fluorescent lights brought Birren many new accounts, because special color treatment was needed to spar employees eyestrain and keep objects from looking ghastly. As million of inexperienced men and women entered industrial jobs in World War II, the accident rate rose rapidly. Birren surveyed scores of plants, often two in one day, and at night dictated his suggestions. The plants then rushed in paint gangs to put his advice into effect, and the accident toll began to fall. By using Birren's safety color code, according to the U.S. Army, some government plants during the war cut their accident frequencies from 46.14 to 5.58 per thousand. He laid out color specifications for almost everything found in or on a naval shore establishment, even to altering the color scheme of the helmet worn by men who work on ships and docks. In three years the Navy lowered its accident frequency from 6.4 to 4.6-a drop of twenty-eight per cent. Birren's color code for safety has become internationally accepted in countries as remote from each other as England, Japan, Italy, Argentina, Uruguay. His work has been acknowledged and recommended by the Council on Industrial Health of the American Medical Association. In 1955 the U.S. State Department sent him to an international congress in Rome on work productivity, safety and industrial health. He went as the only-and world's leading-authority on color. 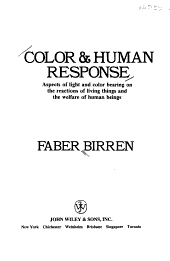 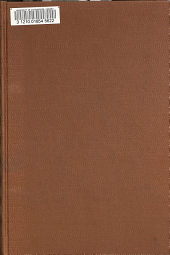 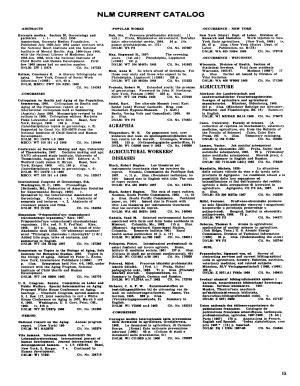 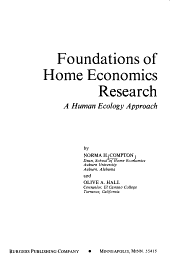 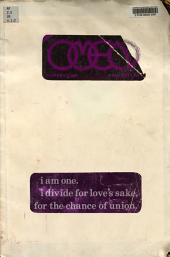