Political genius is never without controversy, or without mystery. This is what makes it so interesting and so rare. Is Lee Kuan Yew the feral, authoritarian figure that Western critics claim? Or a stoic pioneer in new approaches to developing a nation—uncorrupt, modern, almost scientific? American journalist Tom Plate first interviewed the founder of modern Singapore in 1996 in a continuing back-and-forth with LKY that led to the summer of 2009, when the former prime minister agreed to sit down for two days of unprecedentedly informal but intense conversations that led to this special book. This new edition includes fascinating excerpts from prior interviews, as well as the author's assessment of the man who goes down in history as the world's longest-serving prime minister—and as one of the most unforgettable political figures of modern times. “You have done a superb job of capturing the many facets of this extraordinary man….” – Dr Henry A. Kissinger on Conversations with Lee Kuan Yew 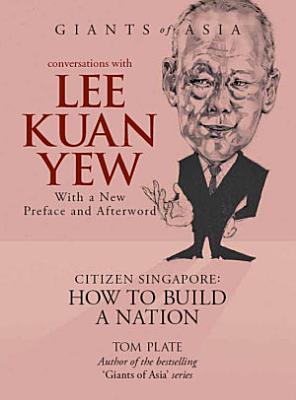 Political genius is never without controversy, or without mystery. This is what makes it so interesting and so rare. Is Lee Kuan Yew the feral, authoritarian figure that Western critics claim? Or a stoic pioneer in new approaches to developing a nation—uncorrupt, modern, almost scientific? American journalist Tom Plate first interviewed the founder of modern Singapore in 1996 in a continuing back-and-forth with LKY that led to the summer of 2009, when the former prime minister agreed to sit down for two days of unprecedentedly informal but intense conversations that led to this special book.This new edition includes fascinating excerpts from prior interviews, as well as the author’s assessment of the man who goes down in history as the world’s longest-serving prime minister—and as one of the most unforgettable political figures of modern times. “You have done a superb job of capturing the many facets of this extraordinary man...." - Dr Henry A. Kissinger on Conversations with Lee Kuan Yew. 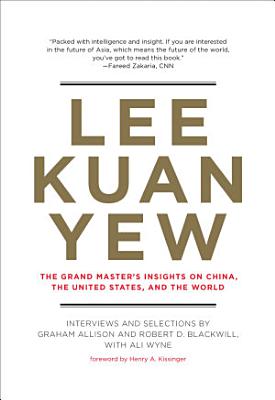 Grand strategist and founder of modern Singapore offers key insights and controversial opinions on globalization, geopolitics, economic growth, and democracy. When Lee Kuan Yew speaks, presidents, prime ministers, diplomats, and CEOs listen. Lee, the founding father of modern Singapore and its prime minister from 1959 to 1990, has honed his wisdom during more than fifty years on the world stage. Almost single-handedly responsible for transforming Singapore into a Western-style economic success, he offers a unique perspective on the geopolitics of East and West. American presidents from Richard Nixon to Barack Obama have welcomed him to the White House; British prime ministers from Margaret Thatcher to Tony Blair have recognized his wisdom; and business leaders from Rupert Murdoch to Rex Tillerson, CEO of Exxon Mobil, have praised his accomplishments. This book gathers key insights from interviews, speeches, and Lee's voluminous published writings and presents them in an engaging question and answer format. Lee offers his assessment of China's future, asserting, among other things, that "China will want to share this century as co-equals with the U.S." He affirms the United States' position as the world's sole superpower but expresses dismay at the vagaries of its political system. He offers strategic advice for dealing with China and goes on to discuss India's future, Islamic terrorism, economic growth, geopolitics and globalization, and democracy. Lee does not pull his punches, offering his unvarnished opinions on multiculturalism, the welfare state, education, and the free market. This little book belongs on the reading list of every world leader--including the one who takes the oath of office on January 20, 2013.

A riveting look into Malaysia's most famous prime minister and his often controversial views and policies. A penetrating insight into the mind of Malaysia's most famous and controversial prime minister. Undiluted and candid views on many issues and topics - Lee Kuan Yew and Singapore, Israel and its allies, the Jews and the Malays, and Dr Mahathir's prescription for handling the Malay terrorist challenge. Author is an award-winning American journalist and distinguished scholar of Asian and Pacific Studies. He began his professional career as a family physician but wound up prescribing innovative political medicines for the entire nation that remain controversial even today. Was he exactly the bold and fearless policy doctor that the troubled body politic of Malaysia needed? Or was he just another mendacious mediocrity with a record of persistent misdiagnoses, phony remedies and self-serving justifications? Only history's judgment can offer the final verdict but Dr Mahathir himself is in no doubt. In a riveting series of unprecedented conversations, Malaysia's most famous former prime minister reveals to American journalist and author Tom Plate a panoramic panoply of views on governing, on Islam, on Jews, on the West and on Malays that are striking in historical sweep and contemporary relevance. Tom Plate, author of Confessions of an American Media Man(2007) and Conversations with Lee Kuan Yew(2010) is an experienced writer, journalist and syndicated columnist. He is director of the Pacific Perspectives Media Center in Beverley Hills, a non-profit organisation that syndicates high-end op-eds and was recently appointed Distinguished Scholar of Asian and Pacific Studies at Loyola Marymount University in Los Angeles 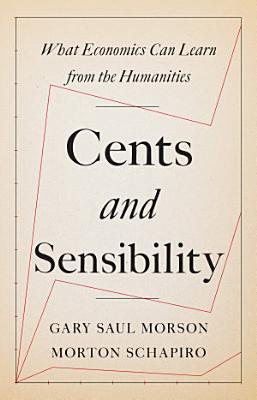 In Cents and Sensibility, an eminent literary critic and a leading economist make the case that the humanities—especially the study of literature—offer economists ways to make their models more realistic, their predictions more accurate, and their policies more effective and just. Arguing that Adam Smith’s heirs include Austen, Chekhov, and Tolstoy as much as Keynes and Friedman, Gary Saul Morson and Morton Schapiro trace the connection between Adam Smith’s great classic, The Wealth of Nations, and his less celebrated book on ethics, The Theory of Moral Sentiments. The authors contend that a few decades later, Jane Austen invented her groundbreaking method of novelistic narration in order to give life to the empathy that Smith believed essential to humanity. More than anyone, the great writers can offer economists something they need—a richer appreciation of behavior, ethics, culture, and narrative. Original, provocative, and inspiring, Cents and Sensibility demonstrates the benefits of a dialogue between economics and the humanities and also shows how looking at real-world problems can revitalize the study of literature itself. Featuring a new preface, this book brings economics back to its place in the human conversation. 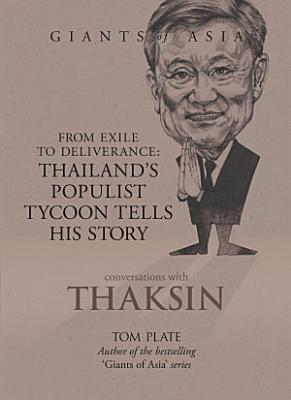 Going home is an iconic theme of literature and music that touches everyone’s heart. Bur rarely has that journey looked more like an impossible dream than for Thaksin Shinawatra, the much loved and much hated former prime minister of Thailand. Expelled from the former Siam by a military coup in 2006, the cell-phone billionaire retreated to a dacha in Dubai to bide his time and plot his triumphant return.While in exile in Dubai, Thaksin tells his tale of triumph and betrayal to American journalist Tom Plate as well as his personal thoughts about poverty reduction, power politics, the future of democracy in Asia — and why he prefers to lose at golf. In this volume, Plate masterfully dissects the mogul who ran his country like a CEO until the tanks came to show who was boss. 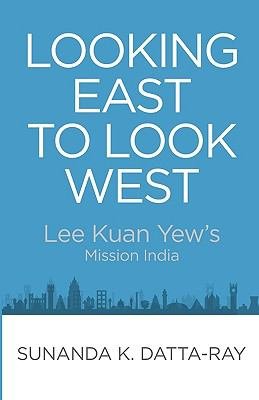 When P.V. Narasimha Rao and Manmohan Singh launched India's "Look East" policy, it was only the first stage of the strategy to foster economic and security cooperation with the United States. But "Looking East" became an end in itself, and Singapore a valid destination, largely because of Lee Kuan Yew. He had been trying since the 1950s to persuade India's leaders that China would steal a march on them if they neglected domestic reform and ignored a region that India had influenced profoundly in ancient times. With his deep understanding of Indian life, close ties with India's leaders from Jawaharlal Nehru on, and sound grasp of realpolitik, Lee never tired of stressing that Asia would be "submerged" if India did not "emerge." Looking East to Look West recounts how India and Singapore rediscovered long-forgotten ties in the endeavour to create a new Asia. Singapore sponsored India's membership of regional institutions. India and Singapore broke diplomatic convention with unprecedented economic and defence agreements that are set to transform boundaries of trade and cooperation. This book traces the process from the earliest mention of Suvarnadbhumi in the Ramayana to Lee Kuan Yew's letter to Lal Bahadur Shastri within moments of declaring independence on 9 August 1965, from the Tata's pioneering industrial training venture in Singapore to Singapore's Information Technology Park in Bangalore. It explains the part Lee played in India's emergence as a player in the emerging Concert of Asia. History comes alive in these pages as Sunanda K. Datta-Ray, who had eight long conversations with Lee Kuan Yew, tells the story in the words of the main actors and with a wealth of anecdotes and personal details not available to many chroniclers. 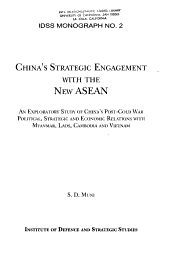