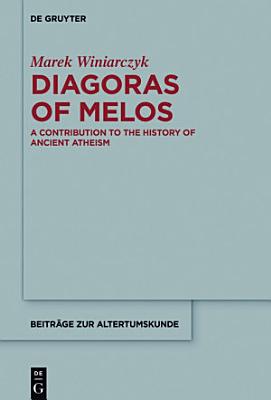 Diagoras of Melos (lyric poet, 5th c. B.C.) has received special attention for some time now because he was regarded as a radical atheist and the author of a prose work on atheism in antiquity. He was notorious for revealing and ridiculing the Eleusinian Mysteries and was condemned for impiety at Athens. The present book evaluates Diagoras’ biography and shows that he cannot be considered to have been an atheist in the modern sense. 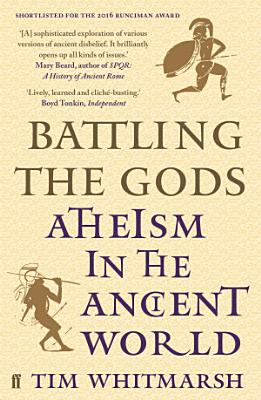 How new is atheism? In Battling the Gods, Tim Whitmarsh journeys into the ancient Mediterranean to recover the stories of those who first refused the divinities. Long before the Enlightenment sowed the seeds of disbelief in a deeply Christian Europe, atheism was a matter of serious public debate in the Greek world. But history is written by those who prevail, and the Age of Faith mostly suppressed the lively free-thinking voices of antiquity. Tim Whitmarsh brings to life the fascinating ideas of Diagoras of Melos, perhaps the first self-professed atheist; Democritus, the first materialist; and Epicurus and his followers. He shows how the early Christians came to define themselves against atheism, and so suppress the philosophy of disbelief. Battling the Gods is the first book on the origins of the secular values at the heart of the modern state. Authoritative and bold, provocative and humane, it reveals how atheism and doubt, far from being modern phenomena, have intrigued the human imagination for thousands of years. 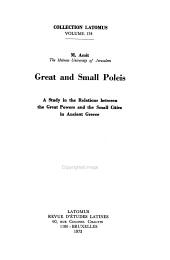 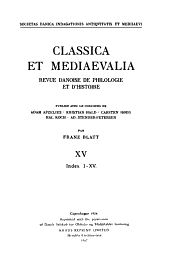 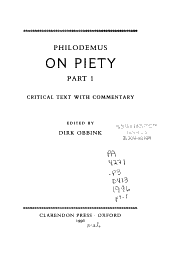 This is a complete edition, with prolegomena, translation, and commentary of the first, "philosophical" part of Philodemus' De Pietate, preserved in papyri. Introducing a new method for reconstructing the fragmented papyrus rolls recovered from Herculaneum, this is the first edition based onthe papyri themselves (where they still exist), rather than on faulty reproductions, and the first edition to bring together fragments hitherto thought to be from different rolls. It will also be the first translation of the work into any language. An innovative format presents on facing pages thetechnical details of the papyrus, and a conventional, continuous text with interpretive notes. The work itself comprises a polemical treatise on the gods, mythography, and religion, presenting a defence of Epicurus's view of religion as an outgrowth of cultural history, and a philosophical rationalefor participation in traditional cult practices in order to further social cohesion. 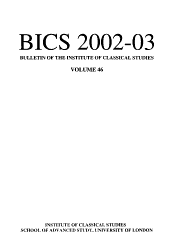 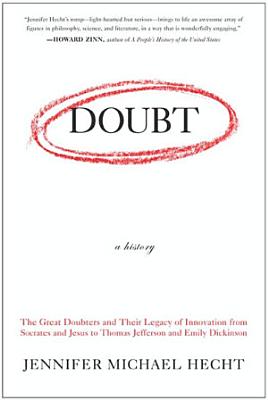 In the tradition of grand sweeping histories such as From Dawn To Decadence, The Structure of Scientific Revolutions, and A History of God, Hecht champions doubt and questioning as one of the great and noble, if unheralded, intellectual traditions that distinguish the Western mind especially-from Socrates to Galileo and Darwin to Wittgenstein and Hawking. This is an account of the world's greatest ‘intellectual virtuosos,' who are also humanity's greatest doubters and disbelievers, from the ancient Greek philosophers, Jesus, and the Eastern religions, to modern secular equivalents Marx, Freud and Darwin—and their attempts to reconcile the seeming meaninglessness of the universe with the human need for meaning, This remarkable book ranges from the early Greeks, Hebrew figures such as Job and Ecclesiastes, Eastern critical wisdom, Roman stoicism, Jesus as a man of doubt, Gnosticism and Christian mystics, medieval Islamic, Jewish and Christian skeptics, secularism, the rise of science, modern and contemporary critical thinkers such as Schopenhauer, Darwin, Marx, Freud, Nietzsche, the existentialists. 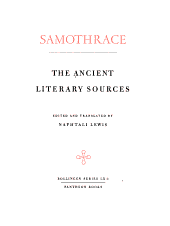