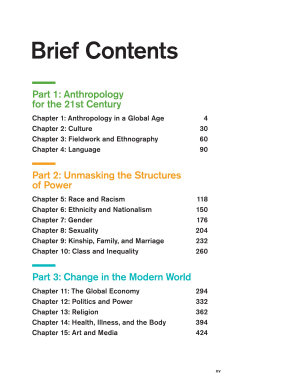 The most successful new textbook in a generation, Ken Guest’s text shows students that now, more than ever, global forces affect local culture. Students learn that the tools of cultural anthropology are relevant to their life in our globalized world. The NEW InQuizitive course helps students focus their reading, master the basics, and come to class prepared.

Covering the essential concepts that drive cultural anthropology today in a newly streamlined format, Ken Guest's Essentials of Cultural Anthropology: A Toolkit for a Global Age shows students that now, more than ever, global forces affect local culture, and that the tools of cultural anthropology are vital to participating in a global society. A "toolkit" approach emphasizes the discipline's big questions and reinforces key concepts to show that these tools are useful beyond the classroom--in relationships, campus life, workplaces, religious communities, and our globalizing world.

The most successful new textbook for living in a multicultural and global age, now in a concise Essentials Edition. 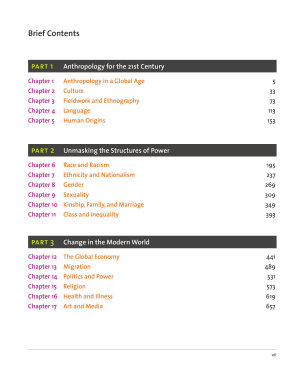 Covering the essential concepts that drive cultural anthropology today, Ken Guest’s Cultural Anthropology: A Toolkit for a Global Age shows students that now, more than ever, global forces affect local culture and that the tools of cultural anthropology are essential to living in a global society. A “toolkit” approach encourages students to pay attention to big questions raised by anthropologists, offers study tools to remind readers what concepts are important, and shows them why it all matters in the real world. 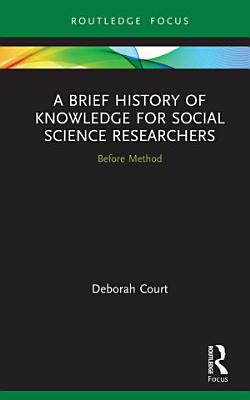 A Brief History of Knowledge for Social Science Researchers outlines a history of knowledge from Ancient Greece to present day, in Europe and the Western world. This outline provides the basis for understanding where various research methods originate, and their epistemological, historical, political and social roots. This book provides social science researchers with an understanding of how research methods developed, and how their truth criteria, and what is accepted as knowledge, spring from human history. Research is often reduced to data collection, results and publication in the stressful, results-oriented academic environment. But research is a human enterprise, a product of both individual creativity and historical, political and social conditions. This book will focus on how shared research criteria (as we know them today) were developed through the work and thought of philosophers, social activists and researchers. This book will be useful for graduate and post-graduate students, particularly those studying Research Methods, and Philosophy of Science courses; and for experienced social science researchers who wish to understand how research methods have developed in human history. 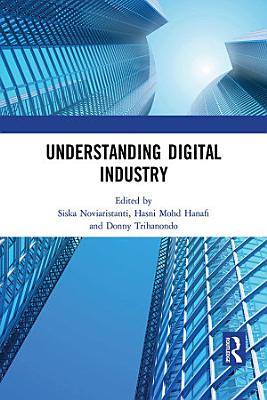 These proceedings compile selected papers from presenters at the Conference: Managing Digital Industry, Technology and Entrepreneurship 2019 (CoMDITE 2019) which was held on July 10-11, 2019. There are 122 papers from various universities and higher educational institutions in Indonesia and Malaysia. The main research topics in these proceedings are related to: 1) Strategic Management and Ecosystem Business, 2) Digital Technology for Business, 3) Digital Social Innovation, 4) Digital Innovation and Brand Management, 5) Digital Governance, 6) Financial Technology, 7) Digital and Innovative Education, 8) Digital Marketing. 9) Smart City, 10) Digital Talent Management, and 11) Entrepreneurship. All the papers in the proceedings highlight research results or literature reviews that will both contribute to knowledge development in the field of digital industry. 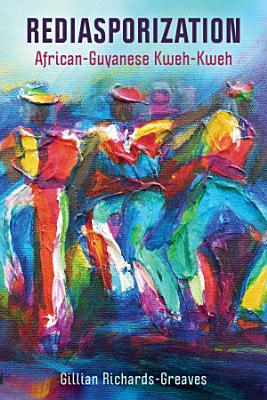 Rediasporization: African-Guyanese Kweh-Kweh examines how African-Guyanese in New York City participate in the Come to My Kwe-Kwe ritual to facilitate rediasporization, that is, the creation of a newer diaspora from an existing one. Since the fall of 2005, African-Guyanese in New York City have celebrated Come to My Kwe-Kwe (more recently called Kwe-Kwe Night) on the Friday evening before Labor Day. Come to My Kwe-Kwe is a reenactment of a uniquely African-Guyanese pre-wedding ritual called kweh-kweh, and sometimes referred to as karkalay, mayan, kweh-keh, and pele. A typical traditional (wedding-based) kweh-kweh has approximately ten ritual segments, which include the pouring of libation to welcome or appease the ancestors; a procession from the groom’s residence to the bride’s residence or central kweh-kweh venue; the hiding of the bride; and the negotiation of bride price. Each ritual segment is executed with music and dance, which allow for commentary on conjugal matters, such as sex, domestication, submissiveness, and hard work. Come to My Kwe-Kwe replicates the overarching segments of the traditional kweh-kweh, but a couple (male and female) from the audience acts as the bride and groom, and props simulate the boundaries of the traditional performance space, such as the gate and the bride’s home. This book draws on more than a decade of ethnographic research data and demonstrates how Come to My Kwe-Kwe allows African-Guyanese-Americans to negotiate complex, overlapping identities in their new homeland, by combining elements from the past and present and reinterpreting them to facilitate rediasporization and ensure group survival.