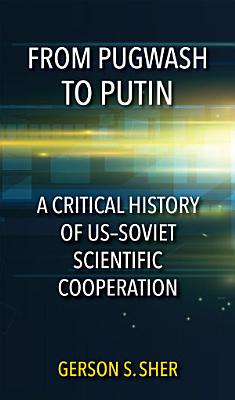 For 60 years, scientists from the United States and the Soviet Union participated in state-organized programs of collaboration. But what really happened in these programs? What were the hopes of the participants and governments? How did these programs weather the bumpiest years of political turbulence? And were the programs worth the millions of dollars invested in them? From Pugwash to Putin provides accounts from 63 insiders who participated in these programs, including interviews with scientists, program managers, and current or former government officials. In their own words, these participants discuss how and why they engaged in cooperative science, what their initial expectations were, and what lessons they learned. They tell stories of gravitational waves, classified chalkboards, phantom scientists, AIDS propaganda, and gunfire at meteorological stations, illustrating the tensions and benefits of this collaborative work. From the first scientific exchanges of the Cold War years through the years following the fall of the Soviet Union, Gerson S. Sher provides a sweeping and critical history of what happens when science is used as a foreign policy tool. Sher, a former manager of these cooperative programs, provides a detailed and critical assessment of what worked, what didn’t, and why it matters. 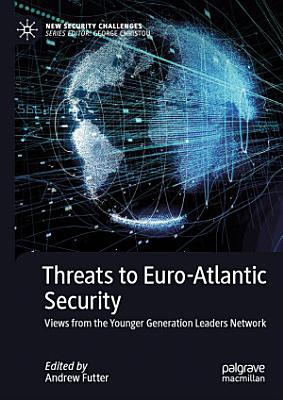 This edited volume discusses current Euro-Atlantic security issues, examining a wide range of areas including cyber threats, arms control, relations between key countries, existing conflicts and potential future flash points. It looks at both the key security challenges and responses that could be developed to mitigate these. The editor brings together perspectives from a wide range of authors from policy and academia who are part of the Younger Generation Leaders Network on Euro-Atlantic Security. This book offers a fresh perspective to these important issues from high-profile next generation leaders. 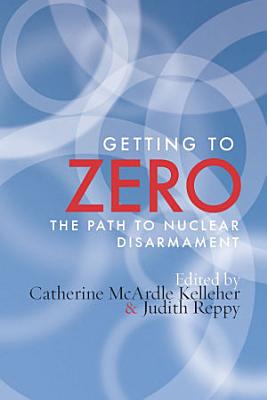 Getting to Zero takes on the much-debated goal of nuclear zero—exploring the serious policy questions raised by nuclear disarmament and suggesting practical steps for the nuclear weapon states to take to achieve it. It documents the successes and failures of six decades of attempts to control nuclear weapons proliferation and, within this context, asks the urgent questions that world leaders, politicians, NGOs, and scholars must address in the years ahead. 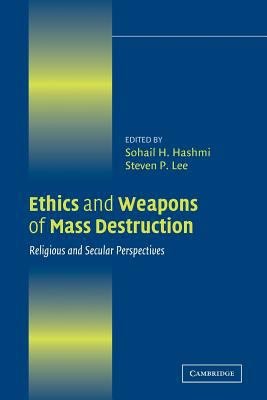 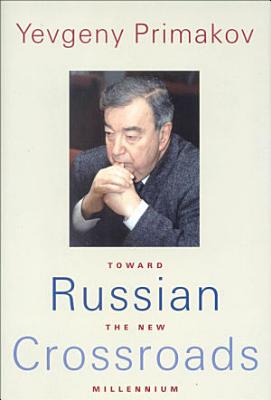 A prominent Russian politician who served as prime minister, foreign minister, and head of foreign intelligence during the 1990s, Yevgeny Primakov has been part of all vital decisions on Russian domestic and foreign policy for the past two decades. His memoir is both an insider’s account of post-perestroika Russian politics and a statement from a representative of the enlightened Russian establishment on their nation’s relationship with America and the world. Primakov is a specialist in the Middle East, and his personal involvement in the problems of that region make his commentary particularly valuable as he articulates Russia’s view of the conflicts there and its stance toward Iraq, Israel, and Palestine. Primakov also offers pertinent opinions on the Gulf War, NATO enlargement, spying, and other aspects of contemporary international relations, and he gives personal assessments of a wide variety of major players, from Saddam Hussein and Yassir Arafat to Madeleine Albright and Bill Clinton. Providing behind-the-scenes information about government shake-ups in Moscow, the history of speculative privatizations, the formation of the new political and economic oligarchy, and much more, this book will be an invaluable aid to political analysts, historians, and anyone interested in Russia’s recent past and future plans. 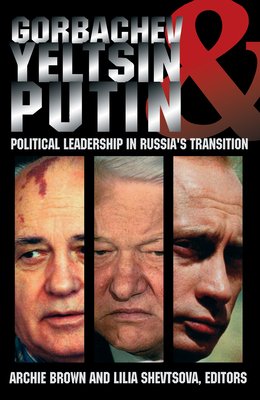 This volume analyzes various aspects of the political leadership during the collapse of the Soviet Union and formation of a new Russia. Comparing the rule of Mikhail Gorbachev, Boris Yeltsin, and Vladimir Putin, the book reflects upon their goals, governing style, and sources of influence—as well as factors that influenced their activities and complicated them too. Contents Introduction Archie Brown Transformational Leaders Compared: Mikhail Gorbachev and Boris Yeltsin Archie Brown Evaluating Gorbachev and Yeltsin as Leaders George W. Breslauer From Yeltsin to Putin: The Evolution of Presidential Power Lilia Shevtsova Political Leadership and the Center-Periphery Struggle: Putin's Administrative Reforms Eugene Huskey Conclusion Lilia Shevtsova 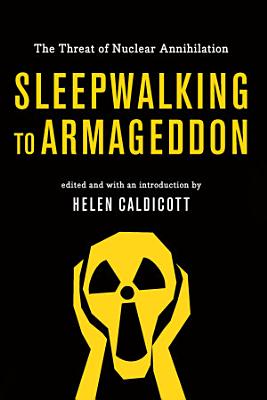 A frightening but necessary assessment of the threat posed by nuclear weapons in the twenty-first century, edited by the world's leading antinuclear activist With the world's attention focused on climate change and terrorism, we are in danger of taking our eyes off the nuclear threat. But rising tensions between Russia and NATO, proxy wars erupting in Syria and Ukraine, a nuclear-armed Pakistan, and stockpiles of aging weapons unsecured around the globe make a nuclear attack or a terrorist attack on a nuclear facility arguably the biggest threat facing humanity. In Sleepwalking to Armageddon, pioneering antinuclear activist Helen Caldicott assembles the world's leading nuclear scientists and thought leaders to assess the political and scientific dimensions of the threat of nuclear war today. Chapters address the size and distribution of the current global nuclear arsenal, the history and politics of nuclear weapons, the culture of modern-day weapons labs, the militarization of space, and the dangers of combining artificial intelligence with nuclear weaponry, as well as a status report on enriched uranium and a shocking analysis of spending on nuclear weapons over the years. The book ends with a devastating description of what a nuclear attack on Manhattan would look like, followed by an overview of contemporary antinuclear activism. Both essential and terrifying, this book is sure to become the new bible of the antinuclear movement—to wake us from our complacency and urge us to action. 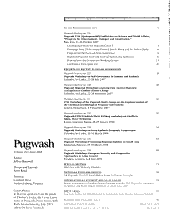 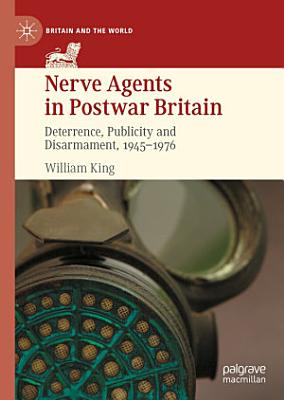 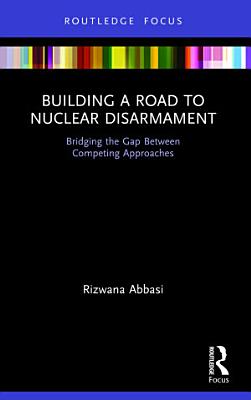 This book while comprehending the contemporary global security environment, offers a new roadmap for nuclear disarmament by creating a balance between deterrence supporters and disarmament advocators. The author identifies the divide between competing approaches such as traditional security-centric aspects and humanity-centered disarmament perspectives, tackling the complex question of how to balance some states’ requirements for effective nuclear deterrence with other states’ long-term desire for a nuclear-free world. The book explores how new technologies such as cyber and Artificial Intelligence advances are available to more countries than nuclear technology, and could level the playing field for weaker nuclear weapons states. It also looks into the issues which continue to be obstacles in the way of convincing the nuclear weapon states on nuclear disarmament presented in this volume. The author argues that the gap between states' security needs and disarmament aspirations can be bridged by building a new roadmap and creating new security environment. This volume will be of great interest to students and scholars, researchers, policymakers, NGOs and members of the diplomatic community, in the fields of security studies, strategic studies and nuclear policy.