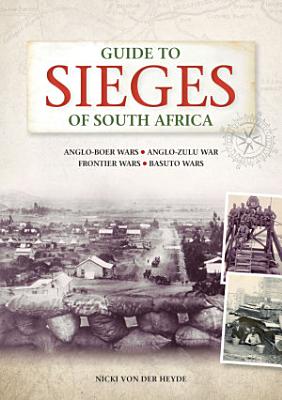 In this companion volume to the highly successful Field Guide to the Battlefields of South Africa, the pivotal sieges that characterised the Cape Frontier, Anglo-Zulu, Basotho and Anglo-Boer wars are brought together in one volume. Accounts of 17 sieges over the last two centuries explore in detail the historical context in which they occurred, the day-to-day military actions that sustained the investments and the conditions both soldiers and civilians faced while defending their territory against a hostile force. The siege descriptions are animated by maps, timelines and a variety of information boxes and human-interest stories, gleaned mainly from diaries, letters and eye-witness accounts, while long-form features focus on the practical aspects of siege warfare, such as artillery, medicine, food, and the psychological effects of besiegement. The book also provides practical information for visitors who wish to explore these historical sites. A fascinating read that will appeal to anyone interested in the volatile history of the country – armchair historians and travellers alike. 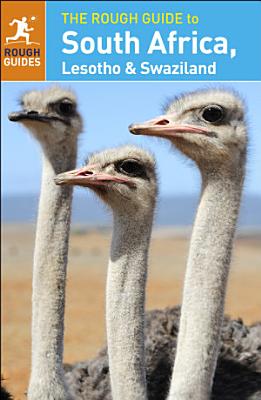 The Rough Guide to South Africa is the definitive guide to one of the world's most fascinating and varied countries. Now available in PDF format. With accommodation listings that range from the most sumptuous safari lodges to cheap and cheerful backpacker lodges in stunning coastal positions, there's something for every budget. In-depth coverage on South Africa's many nature reserves is complemented by an illustrated wildlife guide, to help you make the most of your time on safari. Whether you want to explore the country's big sights - from the wilds of Kruger National Park and the best spots for whale watching to Cape Town's vibrant dining scene - or to uncover its many hidden gems, such as the dramatic desert scenery of the Richtersveld, The Rough Guide to South Africa is your indispensible travelling companion. Make the most of your time on EarthTM with The Rough Guide to South Africa. 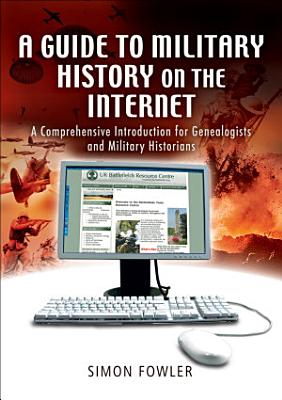 There are thousands of websites devoted to all aspects of military history from ancient Greece to the modern Gulf. This unique book helps you find the ones that will help with your research whether you are checking out a soldier ancestor or an airman or researching a naval campaign. It also features sites that are entertaining or controversial. Sections cover the British armed services and their long military history, but the author also describes in detail websites that focus on American and Canadian forces. A Guide to Military History on the Internet is a companion volume to Pen & Sword's best-selling Tracing Your Army Ancestors by the same author. 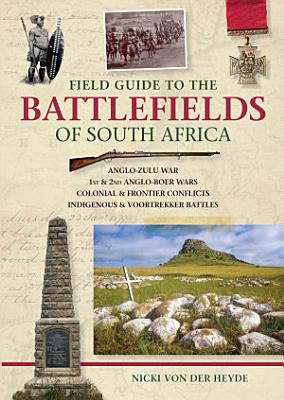 Expert battlefields guide Nicki von der Heyde presents 71 battles covering three wars and a series of conflicts that shaped the course of South Africa’s history – from the colonial clashes that characterised the 18th and 19th centuries through to the Anglo-Zulu War of 1879 and the 2nd Anglo-Boer War of 1899–1902. Informative and lively accounts of the engagements are provided, with special attention given to the context, action, outcomes and principal combatants involved. Arranged in provincial and regional order, the Field Guide to the Battlefields of South Africa includes an array of special features that allow for an enthralling and multi-layered account of the battles: • 580 images • 80 illustrated timelines • 60 fact and feature boxes • 16 annotated battle maps • 10 regional locator maps • Detailed directions to each site • GPS co-ordinates for inaccessible locations. Comprehensive, compelling and vividly illustrated, the Field Guide to the Battlefields of South Africa is an indispensable tool for professional and amateur military historians as well as anyone interested in exploring South Africa’s fascinating history. 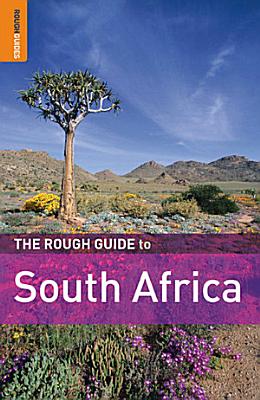 The Rough Guide to South Africa is the most comprehensive and informative guide available to this spectacular country. You'll find detailed information on everything from hiking in the mysterious Drakensberg to sampling wine in the many Western Cape's estates. Updated specifically for travellers visiting South Africa for the football World Cup in 2010, Lesotho and Swaziland have been excluded from the book allowing for more in-depth information on how to tackle the World Cup in this edition. Whether you want to wander the pastel-coloured streets of the Bo-Kaap, explore the Garden Route's dramatic Storms River Mouth, or get spine-tinglingly close to lions and other big game in Kruger National Park, this guide will lead you to the best attractions in South Africa. The Rough Guide to South Africa features up-to-date reviews of all the hottest new places to stay from hotels in South Africa to community minded accommodations and tour companies. Find the best restaurants, shops, bars and clubs in South Africa across every price range giving you balanced reviews and honest, first-hand opinions. Explore all corners of South Africa with authoritative background on everything from local cuisine to desert wildlife, relying on practical language tips. 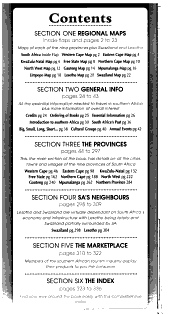 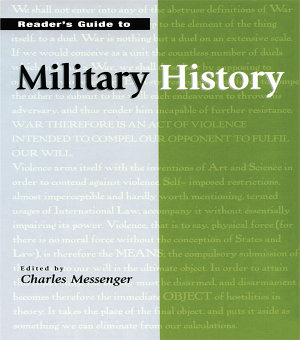 This book contains some 600 entries on a range of topics from ancient Chinese warfare to late 20th-century intervention operations. Designed for a wide variety of users, it encompasses general reviews of aspects of military organization and science, as well as specific wars and conflicts. The book examines naval and air warfare, as well as significant individuals, including commanders, theorists, and war leaders. Each entry includes a listing of additional publications on the topic, accompanied by an article discussing these publications with reference to their particular emphases, strengths, and limitations. 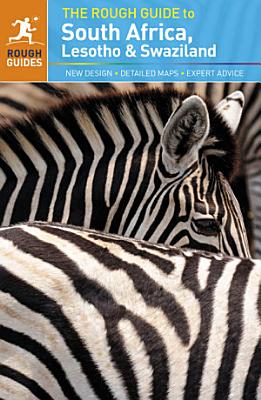 Full-colour throughout, The Rough Guide to South Africa, Lesotho & Swaziland is the ultimate travel guide to these spectacular countries. With 30 years experience and our trademark 'tell it like it is' writing style, Rough Guides cover all the basics with practical, on-the-ground details, as well as unmissable alternatives to the usual must-see sights. At the top of your to-pack list, and guaranteed to get you value for money, each guide also reviews the best accommodation and restaurants in all price brackets. We know there are times for saving, and times for splashing out. In The Rough Guide to South Africa, Lesotho & Swaziland: - Over 50 colour-coded maps featuring every listing - Area-by-area chapter highlights - Top 5 boxes - Things not to miss section Make the most of your trip with The Rough Guide to South Africa, Lesotho & Swaziland. Now available in ePub format. 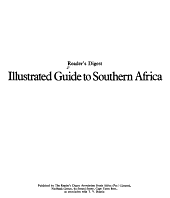