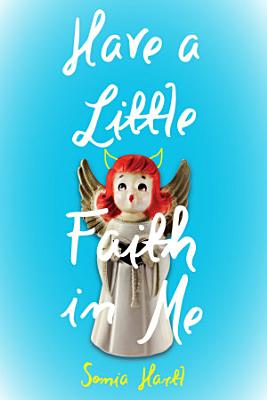 "Saved!" meets To All the Boys I’ve Loved Before in this laugh-out-loud romantic comedy that takes a meaningful look at consent and what it means to give it. When CeCe’s born-again ex-boyfriend dumps her after they have sex, she follows him to Jesus camp in order to win him back. Problem: She knows nothing about Jesus. But her best friend Paul does. He accompanies CeCe to camp, and the plan—God’s or CeCe’s—goes immediately awry when her ex shows up with a new girlfriend, a True Believer at that. Scrambling to save face, CeCe ropes Paul into faking a relationship. But as deceptions stack up, she questions whether her ex is really the nice guy he seemed. And what about her strange new feelings for Paul—is this love, lust, or an illusion born of heartbreak? To figure it out, she’ll have to confront the reasons she chased her ex to camp in the first place, including the truth about the night she lost her virginity.

"You already know John Hiatt is one of our best songwriters, but what you might not know is his life is as great a story as his songs. . . . I thought I knew my John Hiatt, but I learned a lot." --David Menconi, author of Step It Up and Go A journey through an artist's quest for success, deep dive into substance abuse, family tragedy, and ultimate triumph By the mid-1980s, singer-songwriter John Hiatt had been dropped from three record labels, burned through two marriages, and had fallen deep into substance abuse. It took a stint in rehab and a new marriage to inspire him, then a producer and an A&R man to have a little faith. By February 1987, he was back in the studio on a shoestring budget with a hand-picked supergroup consisting of Ry Cooder on guitar, Nick Lowe on bass, and Jim Keltner on drums, recording what would become his masterpiece, Bring the Family. Based on author Michael Elliott's multiple extensive and deeply personal interviews with Hiatt as well as his collaborators and contemporaries, including Rosanne Cash, Bonnie Raitt, Ry Cooder, and many others, Have a Little Faithis the journey through the musical landscape of the 1960s through today that places Hiatt's long career in context with the glossy pop, college-alternative, mainstream country, and heartland rock of the last half-century. Hiatt's life both pre- and post-Family will be revealed, as well as the music loved by critics, fellow musicians, and fans alike. 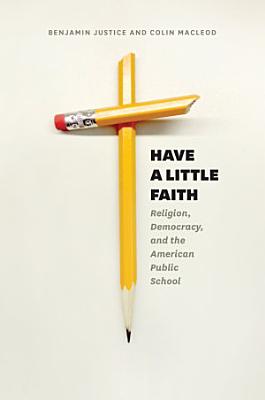 It isn’t just in recent arguments over the teaching of intelligent design or reciting the pledge of allegiance that religion and education have butted heads: since their beginnings nearly two centuries ago, public schools have been embroiled in heated controversies over religion’s place in the education system of a pluralistic nation. In this book, Benjamin Justice and Colin Macleod take up this rich and significant history of conflict with renewed clarity and astonishing breadth. Moving from the American Revolution to the present—from the common schools of the nineteenth century to the charter schools of the twenty-first—they offer one of the most comprehensive assessments of religion and education in America that has ever been published. From Bible readings and school prayer to teaching evolution and cultivating religious tolerance, Justice and Macleod consider the key issues and colorful characters that have shaped the way American schools have attempted to negotiate religious pluralism in a politically legitimate fashion. While schools and educational policies have not always advanced tolerance and understanding, Justice and Macleod point to the many efforts Americans have made to find a place for religion in public schools that both acknowledges the importance of faith to so many citizens and respects democratic ideals that insist upon a reasonable separation of church and state. Finally, they apply the lessons of history and political philosophy to an analysis of three critical areas of religious controversy in public education today: student-led religious observances in extracurricular activities, the tensions between freedom of expression and the need for inclusive environments, and the shift from democratic control of schools to loosely regulated charter and voucher programs. Altogether Justice and Macleod show how the interpretation of educational history through the lens of contemporary democratic theory offers both a richer understanding of past disputes and new ways of addressing contemporary challenges.

This is an exceptional notebook for you: Gift Notebook intelegent person Notebook duck lover 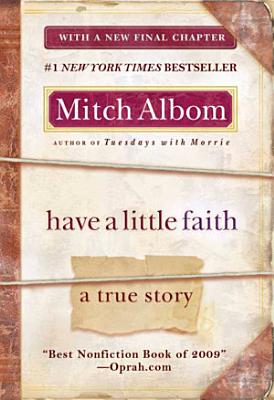 What if our beliefs were not what divided us, but what pulled us together In Have a Little Faith, Mitch Albom offers a beautifully written story of a remarkable eight-year journey between two worlds--two men, two faiths, two communities--that will inspire readers everywhere. Albom's first nonfiction book since Tuesdays with Morrie, Have a Little Faith begins with an unusual request: an eighty-two-year-old rabbi from Albom's old hometown asks him to deliver his eulogy. Feeling unworthy, Albom insists on understanding the man better, which throws him back into a world of faith he'd left years ago. Meanwhile, closer to his current home, Albom becomes involved with a Detroit pastor--a reformed drug dealer and convict--who preaches to the poor and homeless in a decaying church with a hole in its roof. Moving between their worlds, Christian and Jewish, African-American and white, impoverished and well-to-do, Albom observes how these very different men employ faith similarly in fighting for survival: the older, suburban rabbi embracing it as death approaches; the younger, inner-city pastor relying on it to keep himself and his church afloat. As America struggles with hard times and people turn more to their beliefs, Albom and the two men of God explore issues that perplex modern man: how to endure when difficult things happen; what heaven is; intermarriage; forgiveness; doubting God; and the importance of faith in trying times. Although the texts, prayers, and histories are different, Albom begins to recognize a striking unity between the two worlds--and indeed, between beliefs everywhere. In the end, as the rabbi nears death and a harsh winter threatens the pastor's wobbly church, Albom sadly fulfills the rabbi's last request and writes the eulogy. And he finally understands what both men had been teaching all along: the profound comfort of believing in something bigger than yourself. Have a Little Faith is a book about a life's purpose; about losing belief and finding it again; about the divine spark inside us all. It is one man's journey, but it is everyone's story. Ten percent of the profits from this book will go to charity, including The Hole In The Roof Foundation, which helps refurbish places of worship that aid the homeless. 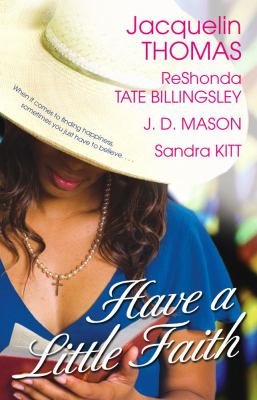 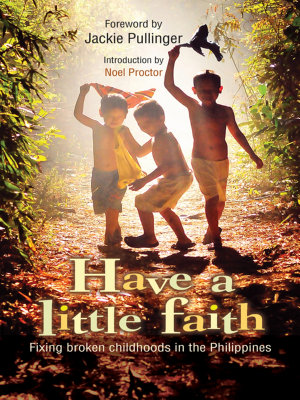 An extraordinary testimony of lives changed through kindness, courage, prayer, and grace. Lesley's heart was broken at just twenty-two, by the hopelessness she saw in the faces of little children struggling to survive extreme poverty in the Philippines. She had volunteered from England as a nurse for six months, but stayed on to care for the street people. Now, with her husband Peter (a Filipino pastor), she has devoted her life to serving the poor, venturing into dire situations to rescue child prostitutes, criminals, addicts, and the homeless. This book tells their stories, and through them the story of God's amazing ways as Lesley established Life And More Abundant Ministries, a charity for the relief of poverty, and LAMA House, a residential home for abandoned, neglected, or abused boys. The book is filled with graphic accounts: a violent gangster made tender; a suicidal addict snatched from the brink; a teenage daughter sold into prostitution; tragedy on a colossal scale in the great earthquake that hit Luzon. There are many horror stories, but again and again they are turned around for good.

"Have a Little Faith" is a children's book about a young girl with Down syndrome who lives her life enjoying many of the things that all other children enjoy doing. The book is open about the challenges she faces, and ensures readers that beyond these day-to-day obstacles she is just like anyone else. This delightful book encourages self-love and a 'never give up' attitude. It's uplifting and not only promotes acceptance and builds awareness of children with Down Syndrome but encourages all children to believe in themselves. Gina Panzino Lyman has always had a love for writing. She not only writes Children's Books but Inspiration and Self-Help for adults and Poetry. In addition, Gina is the author of two blogs. One of which promotes Down Syndrome Awareness and offers support and encouragement for families of children with special needs. The other to inspire adults to live their best life. Gina's message across all genres is one of faith, hope, and belief in oneself.Gina is happily married, mom of two, and stepmom of two. She is a teacher with over 20 years of experience in various grades and subjects and is working on her Masters in Counseling. Gina's next book is a collection of uplifting and spiritual stories about her father's life and the connection she feels to him even after his passing. 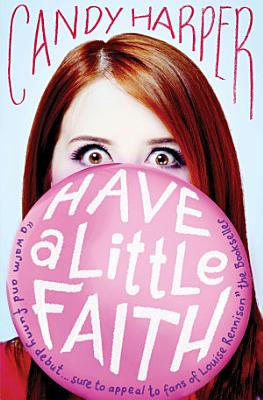 "Teenage angst and daily dramas rule in this warm and funny debut about 14-year-old Faith... sure to appeal to fans of Louise Rennison." The Bookseller "Faith is a little freaky, a little feisty and a lot funny. I defy you not to fall for her." Joanna Nadin, bestselling author of the Rachel Rileyseries Year Ten has just begun and I'm already in trouble. The way Miss Ramsbottom acts you'd think I'm always causing explosions or giving teachers' radical haircuts (whereas it was just that one time). And now she's separated me from my best friend, Megs, which means I have no one to give me a piggy back or check for dangly bogies. At least the school is trying to make amends by bussing in boys for our choir. So I can stare at Dreamy Finn until he realises I'm the girl for him… except he's singing a duet with my sworn enemy and her big head keeps blocking my view. Fortunately, I've got a plan to solve both problems; as long as I'm careful with the squeezy cheese and the underage driving everything should be just fine . . .

In all Alexandra Morgan's life, the ranch in which her family has owned for years has been her only refuge. When her father dies, he leaves behind a mounting debt in his family name and a bruised heart in his daughter. Finally free, Alex takes control and puts her ranch back together again only to learn her mother intends to sell the land to a stranger.Lane Tanner was a man who took what he wanted. When he first saw Alex Morgan riding in the sunset, he knew he had to have her. But secrets of Alex's past and old fears makes her ability to trust elusive. If Lane wants to win Alex's heart, he must find a way to break down her walls and show her it's safe to dream.