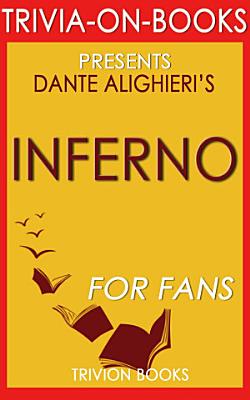 Trivia-on-Book: Inferno by Dan Brown Take the challenge yourself and share it with friends and family for a time of fun! Professor of symbology, Robert Langdon, wakes up in a hospital bed in Florence, Italy. He is dazed and confused, and he has no memory of how he got there. Together with Dr. Sienna Brooks and the mysterious canister found concealed in his possessions, he is lured into the dangerous world of puzzles and cyphers focused on one of the best literary works in the world, Dante Alighieri’s The Inferno. Being hunted by a relentless assassin and the police, he will need to travel from Florence to Venice and Istanbul if he is to solve this mystery. He faces one of his most malicious adversaries yet, a gifted scientist who is fixated with the end of the world. In a race against time can he save the world from being permanently transformed and who can he trust to help him do it? You may have read the book, but not have liked it. You may have liked the book, but not be a fan. You may call yourself a fan, but few truly are. Are you a fan? Trivia-on-Books is an independently curated trivia quiz on the book for readers, students, and fans alike. Whether you're looking for new materials to the book or would like to take the challenge yourself and share it with your friends and family for a time of fun, Trivia-on-Books provides a unique approach to Inferno by Dan Brown that is both insightful and educational! Features You'll Find Inside: • 30 Multiple choice questions on the book, plots, characters and author • Insightful commentary to answer every question • Complementary quiz material for yourself or your reading group • Results provided with scores to determine "status" Promising quality and value, come play your trivia of a favorite book! 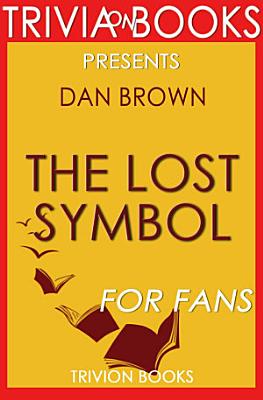 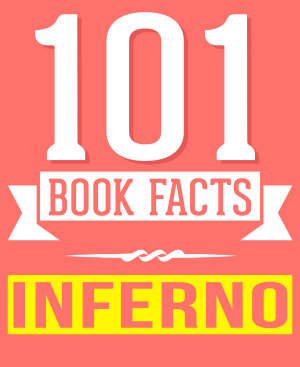 Did you know "Inferno,” is based on the famous work by Dante of the same name? Or, did you know Brown moved to Hollywood to be a pianist and singer-songwriter in 1991? What are the amazingly true facts behind Inferno by Dan Brown? Do you want to know the golden nuggets of facts readers love? If you've enjoyed the book, then this will be a must read delight for you! Collected for readers everywhere are 101 book facts about the book & author that are fun, down-to-earth, and amazingly true to keep you laughing and learning as you read through the book! Tips & Tricks to Enhance Reading Experience • Enter "G Whiz" after your favorite title to see if publication exists! ie) Harry Potter G Whiz • Enter "G Whiz 101" to search for entire catalogue! • If not found, request to have your choice created by using form on our website! • Combine your favorite titles to receive bundle coupons! • Write a review when you're done to hop on the list of contributors! “Get ready for fun, down-to-earth, and amazingly true facts that keeps you learning as you read through the book” - G Whiz DISCLAIMER: Although the Author and Publisher strived to be accurate and verify all contributions by readers, due to the nature of research this publication should not be deemed as an authoritative source and no content should be used for citation purposes. All facts come with source URLS for further reading. This publication is meant for entertainment purposes to provide the best collection of facts possible. Refined and tested for quality, we provide a 100% satisfaction guarantee or your money back. 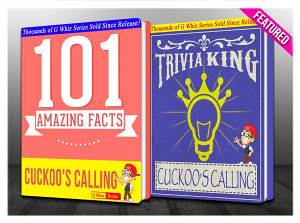 Get the bundle package of your favorite G Whiz titles and save! Did you know as a child, J.K Rowling wanted to change her name to ‘Ella Galbraith’, and thats where she took the surname of Galbraith from? Or, did you know after the indentity of the author was revealed, The Cuckoo's Calling shot to No 1 in the UK hardback fiction charts, selling 17,662 copies in seven days? What are the amazing facts of The Cuckoo's Calling by Robert Galbraith? Do you know the answers to the questions above? Laugh and learn with 101 Amazing Facts and take the True or False? or Trivia King Quiz Game Books to challenge yourself to a round of trivia ! For the first time, G Whiz Books is now available in bundle packages, bringing you FUN and EDUCATION simultaneously that is safe for the whole family. Tips & Tricks to Enhance Reading Experience • Enter "G Whiz" after your favorite title to see if publication exists! ie) Book Name G Whiz • Enter "G Whiz Books" to search for entire catalogue! • Look for the bundle packages and trilogy sets for deals and save! • Submit a review to join G Whiz Crew and the Wall of Contributors! “Get ready for fun, down-to-earth, and amazing facts that keep you laughing & learning!" - G Whiz DISCLAIMER: This work is a derivative work not to be confused with the original title. It is a collection of facts from reputable sources generally known to the public with source URLs for further reading. It is unofficial and unaffiliated with respective parties of the original title in any way. Due to the nature of research, no content shall be deemed authoritative nor be used for citation purposes. Refined and tested for quality, we provide a 100% satisfaction guarantee or your money back.

Summary of Inferno (Robert Langdon) by Dan Brown: Trivia/Quiz for Fans Features You'll Discover Inside: - A comprehensive guide to aid in discussion and discovery - 30 multiple choice questions on the book, plots, characters, and author - Insightful resource for teachers, groups, or individuals - Keep track of scores with results to determine "fan status" - Share with other book fans and readers for mutual enjoyment Disclaimer: This is an unofficial summary, analysis and trivia book to enhance a reader's experience to books they already love and appreciate. We encourage our readers to purchase the original book first before downloading this companion book for your enjoyment. 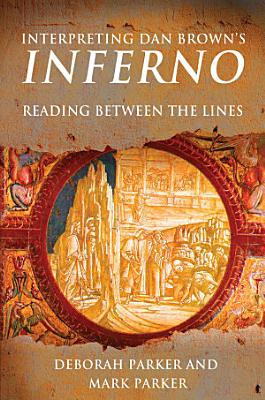 In this sneak peek into Inferno, Dan Brown's brand new novel, Interpreting Dan Brown's Inferno will provide readers with an engaging introduction to Dante and his world—and the ways in which Brown has repurposed Dante's famous work in his newest Robert Langdon novel. This teaser explores the Prologue and first chapter of Inferno and details to the reader what important facts—and mistakes—they should be aware of while beginning Brown's book. The connection between the Prologue's narrator, aptly named "the Shade," and Langdon is exposed, and the characters are even further illuminated by their relationship to Dante's poem. The reader will come away with an understanding of what Dante's poem can reveal about these characters and the mystifying city of Florence—and perhaps, where the rest of the book may lead. 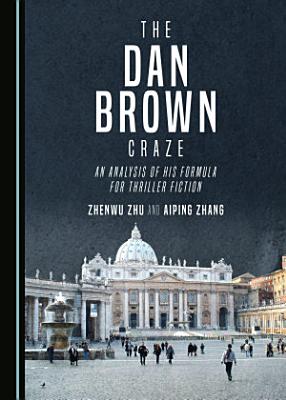 Since the Chinese translation of The Da Vinci Code was released in China in 2004, the “Dan Brown Craze” has swept across the country. All of Brown’s novels have subsequently been translated into Chinese and sold millions of copies. No living foreign writer has generated so much media coverage and scholarship in China within such a short period of time; not even Toni Morrison or J.K. Rowling. Brown’s rendering of dichotomies, such as science and religion, humanity and divinity, good and evil, and liberty and privacy, resonates well with his Chinese readers because they feel that these issues are no longer irrelevant to them. They see an urgent need for a revision, if not an entire redefinition, of their existing beliefs and values. This book examines the plot, characterization, themes, setting, codes, knowledge, institutions, and techniques in his novels, and delivers a careful textual analysis, a selective dissemination of relevant information on different subjects, and a perceptive comparison between Brown and other Chinese and Western writers. As such, it shows how his thrillers have been appreciated and studied in China, and what kinds of discoveries, challenges, controversies, and insights have surfaced in the Chinese appreciation of Brown’s novels. Furthermore, the book explores why the “Dan Brown Craze” has lasted this long and exerted a broad and far-reaching impact upon the reading, writing, studying, translating, publishing, and marketing of fiction in China.

Inferno by Dan Brown Summary All your friends and co-workers are talking about Dan Brown's latest book, Inferno, and you just can't find the time to read it? When you have read this summary you can finally participate.This eBook offers a summary of Dan Brown's Inferno. Inferno touches on one of the most prominent global issues that people worldwide continuously neglect- overpopulation. Dan Brown masterfully takes his characters on a journey through Florence, Venice and Istanbul as they try to find the lethal virus that threatens to eradicate at least half of mankind. As they put the pieces together using Dante's fourteenth century collection of poems called The Divine Comedy and an eerie video left by the virus' creator Bertrand Zorbist, stark realities are brought to light and nothing is as it appears to be. This book is worth a 3.5 star rating. The plot is intriguing but sometimes a bit ridiculous and the book's most compelling feature is really its vivid descriptions of the issue of overpopulation. With fewer descriptions and historical facts, this book could be an even better read and worth a 5 star rating. Scroll up and grab your copy today 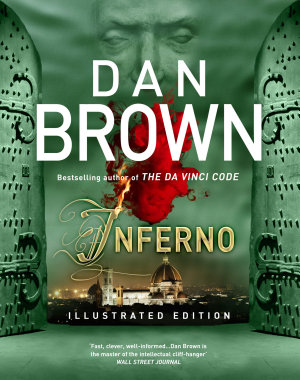 SEEK AND YOU WILL FIND Florence: Harvard symbologist Robert Langdon awakes in a hospital bed with no recollection of where he is or how he got there. Nor can he explain the origin of the macabre object that is found hidden in his belongings. A threat to his life will propel him and a young doctor, Sienna Brooks, into a breakneck chase across the city. Only Langdon’s knowledge of the hidden passageways and ancient secrets that lie behind its historic facade can save them from the clutches of their unknown pursuers. With only a few lines from Dante’s The Inferno to guide them, they must decipher a sequence of codes buried deep within some of the Renaissance’s most celebrated artworks to find the answers to a puzzle which may, or may not, help them save the world from a terrifying threat... When it was published in the summer of 2013, Inferno became a global sensation, selling over 15 million copies in hardcover. This new and exclusive illustrated edition illuminates the sights and cities which form the backdrop to Dan Brown’s most thought-provoking and compelling novel yet, and reveals the rich tapestry of history, art and literature which inspired its narrative.