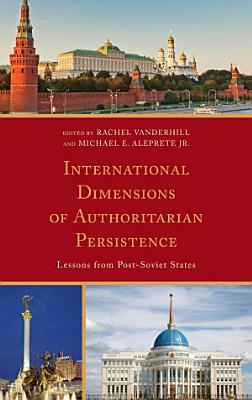 This book examines how international factors interact with domestic conditions to enable the persistence of authoritarianism in post-Soviet states. Several of these states are understudied in political science and their inclusion in this volume helps us develop a better understanding of the experiences, issues, and problems of post-communism. 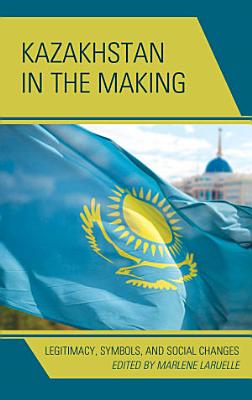 This collection is a multidisciplinary examination of modern-day Kazakhstan. It analyzes the country’s fast-changing national identity, the current regime’s ongoing quest for popular support, relations between the Kazakh majority and the Russian-speaking minorities, and various other issues. 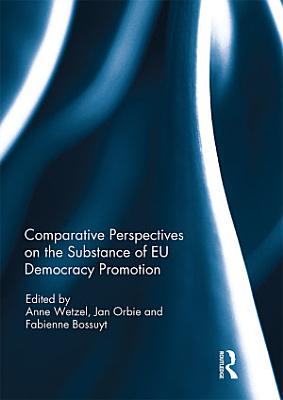 This book examines the substance of European Union (EU) democracy promotion by comparing it with norms of governance that other international actors promote, among them the United Nations, the United States, the Central and East European EU member states, Russia, China and non-governmental organizations. It aims is to gain a better understanding of the EU’s democracy promotion agenda and to learn more about the (in)distinctiveness of the norms diffused by the EU. Building on a common conceptual chapter, the contributions follow different theoretical approaches and research designs, and focus on a diversity of case studies. The book concludes that in comparison with other international actors, the EU’s conceptual approach to democracy promotion is diffuse, which in turn makes the EU a particularly flexible but also ‘technical’ democracy promoter when it comes to implementation. At the same time, there are limits to flexibility at the level of concepts and frames. This indicates a distinct character of the substance of EU democracy promotion, which can be linked to the nature of the EU polity. This book was published as a special issue of the Cambridge Review of International Affairs. 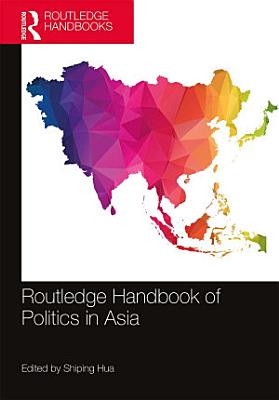 The Routledge Handbook of Politics in Asia is designed to serve as a comprehensive reference guide to politics in Asia. Covering East, South, Southeast, and Central Asia, this handbook brings together the work of leading international academics to cover the political histories, institutions, economies, and cultures of the region. Taking a comparative approach, it is divided into four parts, including: A thorough introduction to the politics of the four regions of Asia from the perspectives of democratization, foreign policy, political economy, and political culture. An examination of the "Big Three" of Asia – China, India, and Japan – focusing on issues including post-Mao reform, China’s new world outlook, Indian democracy, and Japanese foreign policy. A discussion of important contemporary issues, such as human rights, the politics of the internet, security, nationalism, and geopolitics. An analysis of the relationship between politics and certain theoretical ideas, such as Confucianism, Hinduism, socialist constitutionalism, and gender norms. As an invaluable and all-inclusive resource, this handbook will be useful for students, scholars, researchers, and practitioners of Asian politics and comparative politics. 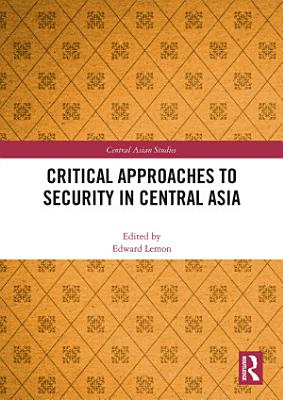 Central Asia remains on the periphery, both spatially and in people’s imaginations. When the region does attract international attention, it is often related to security issues, including terrorism, ethnic conflict and drug trafficking. This book brings together leading specialists from a range of disciplines including geography, anthropology, sociology and political science to discuss how citizens and governments within Central Asia think about and practise security. The authors explore how governments use fears of instability to bolster their rule, and how securitized populations cope with (and resist) being labelled threats through strategies that are rarely associated with security, including marriage and changing their appearance. This collection examines a wide range of security issues including Islamic extremism, small arms, interethnic relations and border regions. While coverage of the region often departs from preconceived notions of the region as dangerous, obscure and volatile, the chapters in this book all place emphasis on the way local people understand security and harmony in their daily lives. This book will be of interest to students and researchers of Central Asian Studies as well as Security Studies and Political Science. The chapters were originally published in the journal Central Asian Survey. 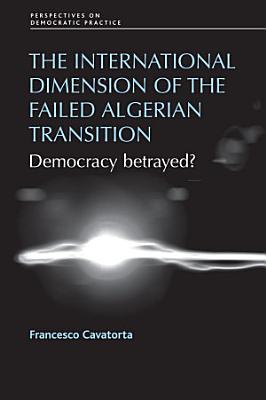 The book builds an innovative theoretical framework, through which previously neglected international factors are brought into the analysis of transitions to democracy. The case of Algeria is then explored in great detail. This volume is an important contribution to the literature on democratization and provides an interesting analysis of Algerian politics during the last two decades. More specifically, the book examines how international variables influence the behaviour and activities of Algerian political actors. By bridging the comparative politics and international relations literatures, the book offers a new understanding of the initiation, development and outcome of transitions to democracy. International factors, far from being marginal and secondary, are treated as central explanatory variables. Such external factors were crucial in the Algerian failed transition to democracy, when the attitudes and actions of key international actors shaped the domestic game and its final outcome. In particular, the book explores the controversial role of the Islamic Salvation Front and how its part was perceived abroad. In addition the book argues that international factors significantly contribute to explaining the persistence of authoritarian rule in Algeria, to its integration into the global economy and its co-optation into the war on terror. This book will be useful for scholars and students of processes of democratisation, for Middle East and North Africa specialists and for general readers interested in the role of international actors across the Arab world. 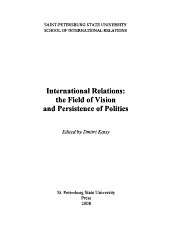 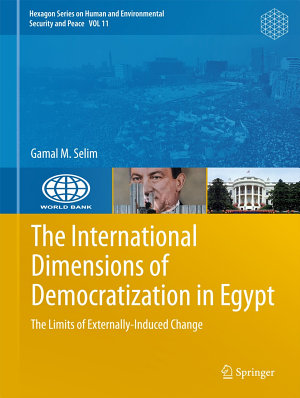 This book purports to examine the international dimensions of the democratization process in Egypt in the post Cold War era; a theme which acquired significance at the academic and policy-oriented levels in light of the growing internationalization of reform arrangements in the Arab world in post 9/11 and the greater involvement of external powers in Arab politics following the Arab Spring uprisings. During the second half of the twentieth century, the mainstream scholarship presented the democratization process as the outcome of domestic conditions not significantly influenced by actors outside the nation-state. With the end of the Cold War, this perspective was challenged as a result of the third wave of democratization and the subsequent growth of the “good governance” discourse on the agenda of the international development establishment. The new perspective attached a more significant role to external factors in the democratization process than was originally conceptualized. 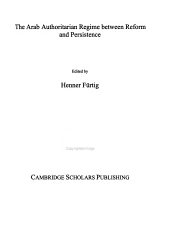 Economic and/or political liberalisation became a symbol of Arab authoritarian regimes since the initial phase of the third wave of democratisation in the early 1990s. Arab rulers found out that liberalisation could help strengthening their authoritarian rule; it diminishes both internal and external pressure and increases their legitimacy. While the regimes soon figured out that the West finally preferred stability and the containment of Islamic militancy to uncertainty caused by democratic experiments, 9/11 proved the failure of this unwritten agreement. Based on the experience that democracies do not wage wars against each other, the U.S. government came to the conclusion that only a sincere advancement of human rights and democracy in the Islamic world would - in the long run - avoid a repetition of 9/11-like events. The book analyses in detail how selected Arab regimes from Morocco in the West via Egypt in the centre to Syria and Palestine in the East reacted to this new, unprecedented challenge. Most of them promised a substantial intensification of the liberalisation process. Therefore, the book had to answer the question whether the current reforms are still rhetorical and cosmetic or real and radical, i.e. whether they once again rather foster the authoritarian regimes or lean towards the promotion of democratisation this time. Although a certain surplus of freedom for the ruled could be measured, the book resumed that the liberalisation process is still opposed to democratisation insofar as the authoritarian elite continues to use it as a tool to avoid democracy. Nevertheless, the authors did not stop here. They stated that under the complex circumstances of the modern world even rational actors such as Arab regimes cannot assess all the long-term consequences of their actions. Therefore, they cannot definitely be sure whether a specific measure contributes to the strengthening or to the weakening of their rule. Unintended, the reforms may result in long-term developments which are detrimental to the interests of the authoritarian elite. In other words, if certain liberalisation policies increase the legitimacy of the authoritarian rule in the short run, it still cannot be excluded that they may destabilise the system in the long run, i.e. democracy may come by accident. 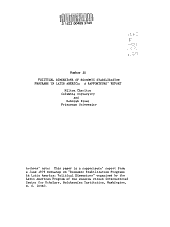