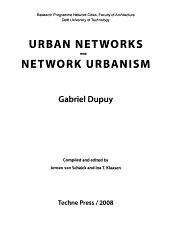 Urban networks, network cities, networked cities and city networks are widely discussed, but there has hardly been debate on what constitutes an urbanism of networks. It is time to shift network urbanism from the realm of general debate to that of identifying the task-specific tools and techniques required for its implementation. Urban Networks - Network Urbanism provides theoretical groundwork, historical perspective, detailed arguments and explanatory case descriptions for network-oriented thinking in developing urban and regional spatial strategies. The key argument is that the development of technical networks and urban development go hand in hand and need to be dealt with as such by urban planners. This book gives special attention to the territorial effects caused by the automobile system and to the geography of ICT. It provides pointers to deal with the huge challenges facing urban planning with regard to changes of scale, technological progress, the "two-track city", and network liberalisation. 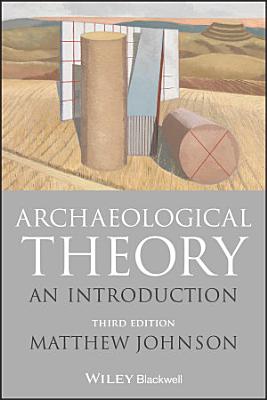 A lively and accessible introduction to themes and debates in archaeological theory for students of all levels Archaeological Theory is a relatable, accessible, reader-friendly first step into the world of theory for archaeology students. Recognizing that many students shy away from the study of theory for fear that the material is too difficult or obscure, Archaeological Theory maintains that any student can develop an understanding of theory and that a knowledge of theory will lead to better practice. As one of the leading texts for introductory courses in archaeology and archaeological theory, it has provided many students with the essential foundation for a complete education in the discipline. With a focus on clarifying the history and development of archaeological theory, this valuable text serves as a roadmap to the different schools of theory in archaeology, clarifying the foundations of these schools of thought, the relationships between them, and the ideas that distinguish each from the other. Students will also learn about the relationship between archaeology and cultural and political developments, the origins of New and ‘post-processual’ archaeology, and current issues shaping the field. Written in a clear and informal style and incorporating examples, cartoons, and dialogues, this text provides an ideal introduction for students at all levels. The revised third edition has been updated with new and revised chapters and an expanded glossary and bibliography, as well as new readings to guide further study. Engages readers with informal and easy-to-understand prose, as well as examples, cartoons, and informal dialogues Prepares students to understand complex topics and current and perennial issues in the field such as epistemology, agency, and materiality in the context of archaeological practice Discusses current developments in associated disciplines New and revised chapters on the material turn, politics and other issues, and an expanded glossary and bibliography with updated reading suggestions Offers expanded coverage of materiality, cultural-historical archaeology, evolutionary theory, and the work of scholars of diverse backgrounds and specializations Engaging and illuminating, Archaeological Theory is an indispensable resource for undergraduate and graduate students in archaeology and related disciplines. 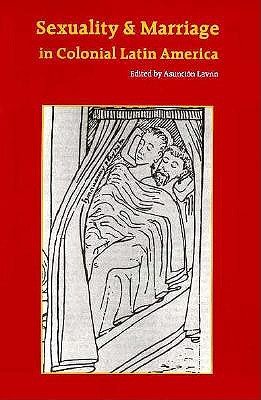 "Few decisions in life should be more personal than the choice of a spouse or lover. Yet, throughout history, this intimate experience has been subjected to painstaking social and religious regulation in the form of legislation and restraining social mores." With that statement, Asunción Lavrin begins her introduction to this collection of original essays, the first in English to explore sexuality and marriage in colonial Latin America. The nine contributors, including historians and anthropologists, examine various aspects of the male-female relationship and the mechanisms for controlling it developed by church and state after the European conquest of Mexico and Central and South America. Seldom has so much light been shed on the sexual behavior of the men and women who lived there from the sixteenth to the eighteenth century. These chapters examine the variety of sexual expression in different periods and among persons of different social and economic status, the relations of the sexes as proscribed by church and state and the various forms of resistance to their constraints, the couple's own view of the bond that united them and of their social obligations in producing a family, and the dissolution of that bond. Topics infrequently explored in Latin American history but discussed her include premarital relations, illegitimacy, consensual unions, sexual witchcraft, spouse abuse, and divorce. Lavrin's opening survey of the forms of sexual relationships most discussed in ecclesiastical sources serves as a point of departure for the chapters that follow. The contributors are Serge Grunzinski, Ann Twinam, Kathy Waldron, Ruth Behar, Susan Socolow, Richard Boyer, Thomas Calvo, and María Beatriz Nizza da Silva. Asunción Lavrin is a professor of history at Arizona State University at Tempe. Her 1995 book, Women, Feminism, and Social Change in Argentina, Chile, and Uruguay, 1890-1940, won the Arthur P. Whitaker Prize from the Middle Atlantic Council on Latin American Studies.

In 1867 Ildefons Cerdà published his ?Teoria general de la urbanització.? In this text, the ?science of building cities?, understood as a phenomenon, became a new discipline with a broad economic, social and cultural impact on the life of the people of the city. Coinciding with 150 years since its publication, its first translation into English is being presented along with the publishing online urbanization.org with the statistics transformed into interactive graphics and open data, with the aim of expanding the knowledge of Cerdà?s work and encouraging debate on the process of ?urbanization? in the future. 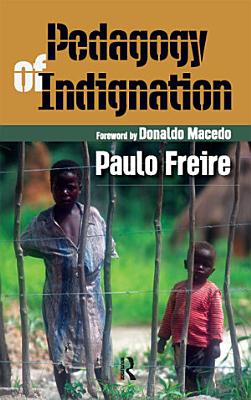 This is the first English translation of the last book written by Paulo Freire. Pedagogy of Indignation delves ever deeper into the themes that concerned him throughout his life. The book begins with a series of three deeply moving reflective "pedagogical letters" to the reader about the role of education for one's development of self. He also speaks directly to the reader about the relationship to risk in one's life and he delves deeper than before into the daily life tensions between freedom and authority. Building on these interconnected themes, Freire sharpens our sense of the critical faculties of children and how a teacher may work with children to help them realize their potential intellectually and as human beings. Subsequent chapters explore these topics in relation to the wider social world: the social constitution of the self in the work of educators; critical citizenship; and the necessity of teaching "from a position" about the world that goes beyond literacy programs to include the legacy of colonialism in peoples' resistance movements today. The book's poignant interludes, written by Ana Maria Araujo Freire, reveal Paulo's thoughts about the content of this book as he was completing it during the last weeks and days of his life. 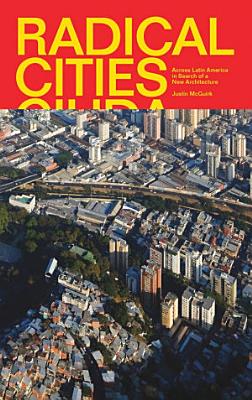 An award-winning curator and editor of Icon magazine chronicles his travels through Latin America in search of urban design activists, citing the examples of visionaries who are revolutionizing social housing, public architecture and community development. 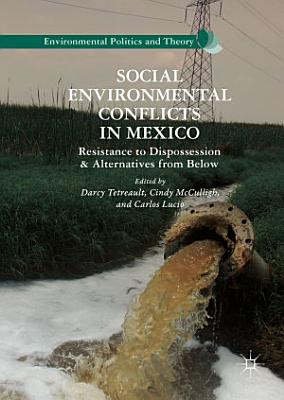 What are the political economic conditions that have given rise to increasing numbers of social environmental conflicts in Mexico? Why do these conflicts arise in some local and regional contexts and not in others? How are social environmental movements constructed and sustained? And what are the alternatives? These are the questions that this book seeks to address. It is organized into three parts. The first provides a panoramic view of social environmental conflicts in Mexico and of alternatives that are being constructed from below in rural areas. It also provides an analysis of the recent reforms to open the country’s energy sector to private and foreign investment. The second is comprised of local-level case studies of conflict (and no conflict) in diverse geographic locations and cultural settings, particularly in relation to the construction of wind farms, hydraulic infrastructure, industrial water pollution, and groundwater overdraft. The third explores alternatives from below in the form of community-based ecotourism and traditional mezcal production. A concluding chapter engages comparative and global analysis. 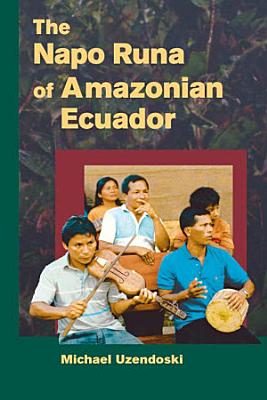 Based upon historical and archival research, as well as the author's years of fieldwork in indigenous communities, Michael Uzendoski's theoretically informed work analyzes value from the perspective of the Napo Runa people of the Amazonian Ecuador. Written in a clear and readable style, The Napo Runa of Amazonian Ecuador presents theoretical issues of value, poetics, and kinship as linked to the author's intersubjective experiences in Napo Runa culture. Drawing on insights from the theory of gift and value, Uzendoski argues that Napo Runa culture personifies value by transforming things into people through a process of subordinating them to human relationships. While many traditional exchange models treat the production of things as inconsequential, the Napo Runa understand production to involve a relationship with natural beings (plants, animals, spirits of the forest), which are considered to be subjects that share spiritual substance, or samai. Throughout the book, value is revealed as the outcome of a complicated poetics of transformation by which things and persons are woven into kinship forms that define daily social and ritual life. 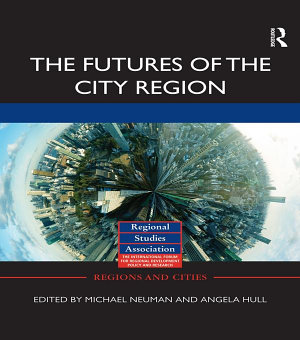 Does the ‘city region’ constitute a new departure in urbanisation? If so, what are the key elements of that departure? The realities of the urban in the 21st century are increasingly complex and polychromatic. The rise of global networks enabled by supranational administrations, both governmental and corporate, strongly influences and structures the management of urban life. How we conceive the city region has intellectual and practical consequences. First, in helping us grasp rapidly changing realities; and second in facilitating the flow of resources, ideas and learning to enhance the quality of life of citizens. Two themes interweave through this collection, within this broad palette. First are the socio-spatial constructs and their relationship to the empirical evidence of change in the physical and functional aspects of urban form. Second is what they mean for the spatial scales of governance. This latter theme explores territorially based understandings of intervention and the changing set of political concerns in selected case studies. In efforts to address these issues and improve upon knowledge, this collection brings together international scholars building new data-driven, cross-disciplinary theories to create new images of the city region that may prove to supplement if not supplant old ones. The book illustrates the dialectical interplay of theory and fact, time and space, and spatial and institutional which expands on our intellectual grasp of the theoretical debates on ‘city-regions’ through ‘practical knowing’, citing examples from Europe, the United States, Australasia, and beyond. This book was originally published as a Special Issue of Regional Studies.