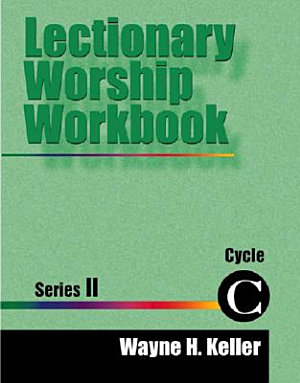 "The most impressive thing about Wayne Keller's body of ideas for worship throughout the Christian Year is his boldness. He is bold in demanding that we, his colleagues in liturgical leadership, plan worship that has to do with the reality of our congregations' experience in the world, rather than just leading people through a proper agenda of acts and words that have no bearing on what we do the rest of the week. He is bold in challenging us to bring that real world -- with its pains and its pleasures, its hungers and its feasts, its beauty and its ugliness -- to exposure before the living God. And he is bold in helping us shine the strong, exposing light of the transforming Word on our real lives and on that real world, so that we may move beyond planning worship as a "nice," safe, feel-good routine from which we depart the same people we were when we arrived. We are thrilled by the seriousness and authentic reverence with which this author approaches the planning of worship. Thank God for Wayne Keller and for his deep respect for the central act of the Christian community: the blessed and life-transforming experience of the worship of God." Richard Avery and Donald Marsh Port Jervis, New York "Wayne Keller's method creates not only a contemporary appeal, but also effects a congregational involvement so necessary today within the liturgical context. His approach is fresh and practical and yet a reflection consistently of a solid liturgical and homiletical background. Keller has the ability to appeal to the everydayness of congregational experience." Donald Macleod Francis L. Patton Professor Emeritus Princeton Theological Seminary "The good humor of Wayne Keller's work helps us feel at home in our imperfect world and feel more empathy for the rough edges of others and ourselves. Wayne's work encourages hope and faith with the way we are." Doug Adams Professor of Christianity and the Arts Pacific School of Religion and Graduate Theological Union "A cascade of insights, ideas, suggestions, and plans for stimulating the working pastor's imagination and guiding in worship planning." Robert Coote Professor, San Francisco Theological Seminary Editor, "Mustard-Seed Churches" "Wayne Keller elevates us to an authentic bring-your-warts-and-smiles encounter with the living God... a remarkable year-round resource for the entire worship team." Paul Hackett Former pastor and member, First Presbyterian Church Puyallup, Washington Keller says, "I have seen people bored to death in worship, seemingly because they come to worship as spectators, not as participants. For me no spectators are allowed! Soren Kierkegaard's analogy of worship as drama has guided my thinking and planning." Wayne H. Keller graduated from Monmouth College in Monmouth, Illinois, and Pittsburgh Theological Seminary. He has served pastorates in Pennsylvania, Washington, and Oregon, and has also been the director of a halfway house for recovering mental patients. A member of the Presbyterian Writers Guild, Keller has published several books and numerous articles, and has been a columnist for the "Bellingham Herald." He has also appeared frequently on radio and television programs and co-hosted a call-in counseling program and talk show. 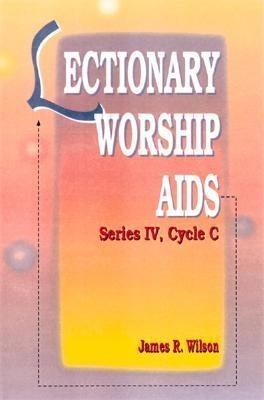 A Call to Worship, Collect, Prayer of Confession, and three suggested hymns based on each lectionary text (First Lesson, Second Lesson, and Gospel) are provided for every Sunday of the year in Cycle C. Additional non-lectionary days such as All Saints' Day, Thanksgiving Day, Fourth of July, World-Wide Communion Sunday, and Parent's Days are also included. A scripture index makes this one of the most useful and necessary worship helps in any pastor's library. "What an asset Imagine having a person on your staff doing weekly research on thematic materials for worship. What a time saver to be able to turn quickly to suggested Calls to Worship, Prayers and Hymns appropriate for the lectionary Sunday. Jim Wilson's book of resources is like having him on your staff Sharp, to the point, thematic, clear." Richard B. Wilke, Bishop Arkansas Conference United Methodist Church "I appreciate your thematic organization of the service, and the blending of worship elements: the call to worship collect, confession and hymns. My secretary will appreciate the consistency in space requirement of the various service elements. These worship aids are well written, thoughtfully organized and will help pastors with thematic organization." Jack Singleton, Pastor First Christian Church Sherwood, Arkansas James R. Wilson is a United Methodist minister in Desha, Arkansas. He is the author of "56 More Devotions On Short Notice" (Abingdon, 1994) and a contributing author of the meditations for the United Methodist Publishing House "Word Alive" bulletin cover series for 1994.

The resources in this one-volume library provide a variety of paragraphs and sentences, prayers and calls, and hymn suggestions based on all three Scripture readings for every Sunday of the year. For each Sunday in the lectionary there are: three responsive calls to worship, three collects, three prayers of confession and three sets of hymn suggestions. While most congregations keep the order of worship consistent from week to week, it is important to continually refresh the components and make them relevant to the day's lessons. This book makes it possible to focus worship on the same lesson on which the sermon is based, or it allows emphasis to be placed on one of the lessons the preacher has not chosen to preach about, or portions can be combined from all three to provide a unity in the lessons. 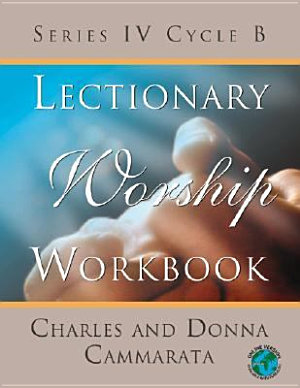 With this comprehensive library of creative liturgical material, your Sunday services will transform worshipers from mere spectators into active participants in each week's liturgy. The prayers and conversation-like responsive litanies in this diverse collection are guaranteed to breathe new life into the lectionary texts and truly make a difference in the hearts and lives of the people in your pews. For every Sunday and other major occasions throughout the church year, there are numerous calls to worship, prayers of confession, assurances of pardon, prayers of dedication, pastoral prayers, and benedictions - all specifically tailored to the day's readings - that penetrate straight to the heart of the scripture and discern Christ's message for our everyday lives. Each chapter also includes a helpful list of recommended hymns and praise songs that reinforce the main themes and ideas expressed in the prayers. This innovative workbook is a rich source of thought-provoking material that can be used as written or easily adapted to fit your individual circumstances - you'll use it again and again to keep your worship services fresh, passionate, and stimulating. Book jacket. 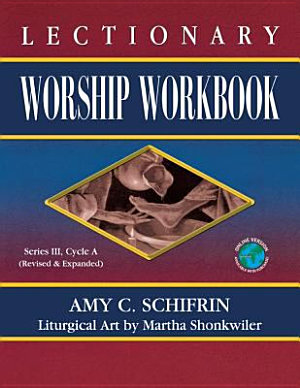 This inventive volume includes all the core liturgical elements of worship while also introducing innovative ventures into the fine arts -- all revolving around each week's lectionary passages. In addition to stately calls to worship, litanies, and prayers, Schifrin shows how not-so-traditional dance, art, and drama can be used to bring glory to God and a fresh sense of his blessing to worship services. There are also a wealth of musical suggestions that reinforce the main themes and ideas of the prayers, including a wide variety of hymns, psalm settings, and choral anthems. The Lectionary Worship Workbook is a comprehensive library of creative material that will keep worship services fresh, passionate, and stimulating. 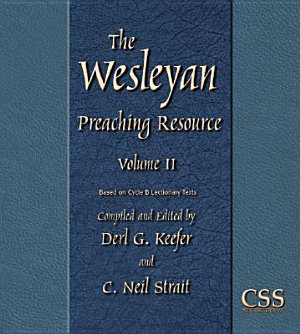 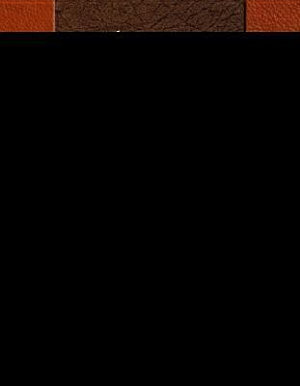 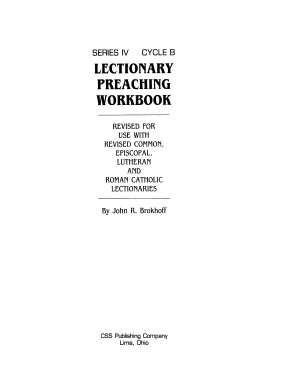 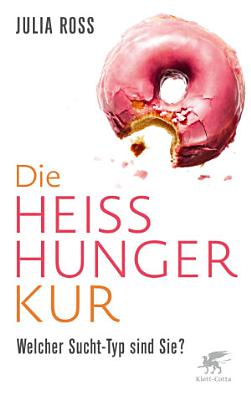