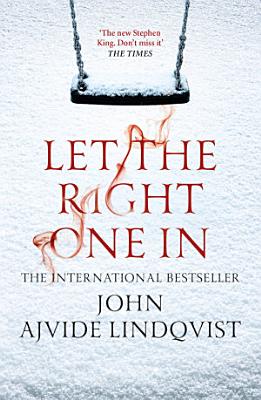 **The international bestseller and the book behind the film and play Let Me In** 'The new Stephen King' The Times Oskar and Eli. In very different ways, they were both victims. Which is why, against the odds, they became friends. And how they came to depend on one another, for life itself. Oskar is a 12-year-old boy living with his mother on a dreary housing estate at the city's edge. He dreams about his absentee father, gets bullied at school, and wets himself when he's frightened. Eli is the young girl who moves in next door. She doesn't go to school and never leaves the flat by day. She is a 200-year-old vampire, forever frozen in childhood, and condemned to live on a diet of fresh blood. John Ajvide Lindqvist's novel, a huge bestseller in his native Sweden, is a unique and brilliant fusion of social novel and vampire legend. And a deeply moving fable about rejection, friendship and loyalty. 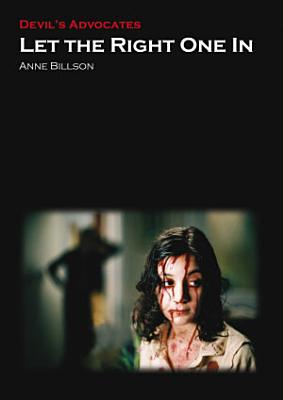 Audiences can't get enough of fang fiction. Twilight, True Blood, Being Human, The Vampire Diaries, Buffy the Vampire Slayer, Blade, Underworld, and the novels of Anne Rice and Darren Shan—against this glut of bloodsuckers, it takes an incredible film to make a name for itself. Directed by Tomas Alfredson and adapted for the screen by John Ajvide Lindqvist, The Swedish film Làt den rätte komma in (2008), known to American audiences as Let the Right One In, is the most exciting, subversive, and original horror production since the genre's best-known works of the 1970s. Like Twilight, Let the Right One In is a love story between a human and a vampire—but that is where the resemblance ends. Set in a snowy, surburban housing estate in 1980s Stockholm, the film combines supernatural elements with social realism. It features Oskar, a lonely, bullied child, and Eli, the girl next door. "Oskar, I'm not a girl," she tells him, and she's not kidding—she's a vampire. The two forge an intense relationship that is at once innocent and disturbing. Two outsiders against the world, one of these outsiders is, essentially, a serial killer. What does Eli want from Oskar? Simple companionship, or something else? While startlingly original, Let the Right One In could not have existed without the near century of vampire cinema that preceded it. Anne Billson reviews this history and the film's inheritence of (and new twists on) such classics as Nosferatu (1979) and Dracula (1931). She discusses the genre's early fliration with social realism in films such as Martin (1977) and Near Dark (1987), along with its adaptation of mythology to the modern world, and she examines the changing relationship between vampires and humans, the role of the vampire's assistant, and the enduring figure of vampires in popular culture. 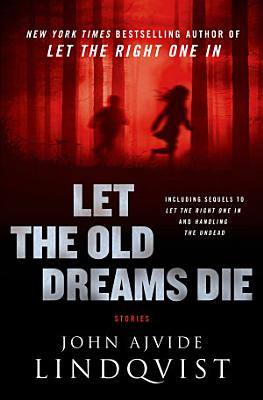 A classic short story collection from the writer called Sweden's Stephen King that continues the breathtaking story begun in the internationally acclaimed classic Let the Right One In Because of the two superb films made of John Ajvide Lindqvist's vampire masterpiece Let the Right One In, millions of people around the world know the story of Oskar and Eli and of their final escape from Blackeberg at the end of the novel. Now at last, in "Let the Old Dreams Die," the title story in this absolutely stunning collection, we get a glimpse of what happened next to the pair. Fans of Let the Right One In will have to read the story, which is destined to generate much word of mouth both among fans and online. "Let the Old Dreams Die" is not the only stunner in this collection. In "Final Processing," Lindqvist also reveals the next chapter in the lives of the characters he created in Handling the Undead. "Equinox" is a story of a woman who takes care of her neighbor's house while they are away and readers will never forget what she finds in the house. Every story meets the very high standard of excellence and fright factor that Lindqvist fans have come to expect. Totally transcending genre writing, these are world class stories from possibly the most impressive horror writer writing today. 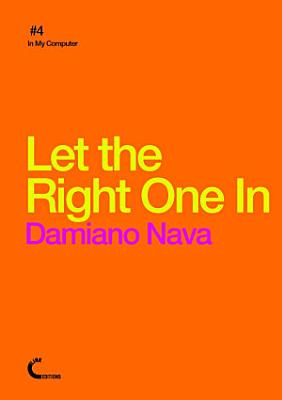 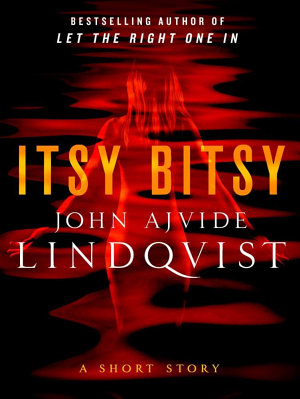 Destined to become a modern classic, the short story Itsy Bitsy is guaranteed to make you think twice before you take a picture of someone in a bikini. In this creepy shocker, horror author superstar John Ajvide Lindqvist (LET THE RIGHT ONE IN, HANDLING THE UNDEAD) gives new meaning to punishing the paparazzi. 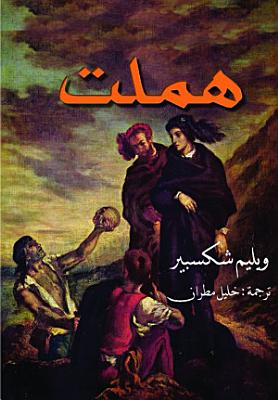 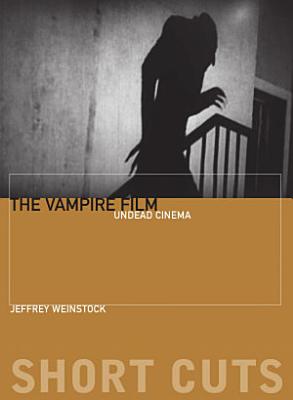 This introductory volume offers an elegant analysis of the enduring appeal of the cinematic vampire. From Georges M�li�s' early cinematic experiments to Twilight and Let the Right One In, the history of vampires in cinema can be organized by a handful of governing principles that help make sense of this movie monster's remarkable fecundity. Among these principles are that the cinematic vampire is invariably about sex and the vexed human relationship with technology, and that the vampire is always an overdetermined body condensing what a culture considers other. This volume includes in-depth studies of films including Powell's A Fool There Was, Franco's Vampyros Lesbos, Cronenberg's Rabid, K�mel's Daughters of Darkness, and Merhige's Shadow of the Vampire. 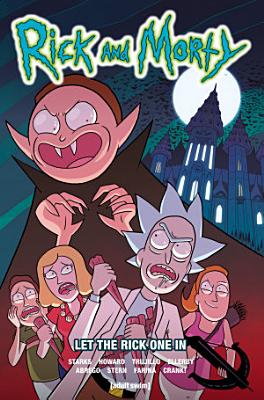 Mr. Poopybutthole is in trouble! Explore the complexities of friendship and fame in Lil’ Poopy Superstar! This volume contains the entire runaway hit comic book miniseries based on Dan Harmon and Justin Roiland’s hilarious [adult swim] animated show Rick and Morty. Mr. Poopybutthole is in trouble, and he turns to the one person he can trust: Summer Smith! She’s more than willing to help, but is he telling her the whole truth? Summer will find out as she and Mr. Poopybutthole embark on their very own fantastic adventure across space, complete with jailbreaks, hijackings, and high school prom. Plus, bonus comics featuring good ol’ Rick and Morty! 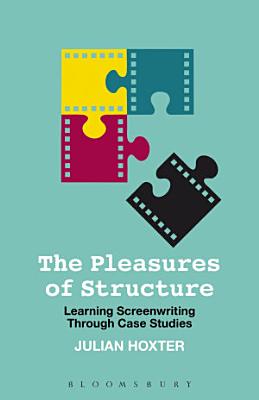 The Pleasures of Structure starts from the premise that the ability to develop a well understood and articulated story structure is the most important skill a screenwriter can develop. For example, good structure requires a great premise and rigorous character development. Without clear character motivations and goals--which are themselves indicative of key structural beats--your story is going exactly nowhere. Using the simple and flexible 'W' model of screenplay structure developed in the prequel Write What You Don't Know, Hoxter sets this out as its starting point. This model is tested against a range of examples which are chosen to explore the flexibility not only of that model but of movie storytelling more generally. Writers and students often worry that they are asked to work 'to formula'. This book will test that formula to breaking point. For example, the first case study will offer the example of a well written, professional, mainstream movie against which our later and more adventurous examples can be compared. So the lessons we learn examining the animated family adventure movie How To Train Your Dragon lead us directly to ask questions of our second case study, the acclaimed Swedish vampire movie Låt den Rätte Komma In (Let The Right One In). Both movies have protagonists with the same basic problem, the same goal, and they use the same basic structure to tell their stories. Of course they are very different films and they work on their audiences in very different ways. Our linked case studies will expose how simple choices, like reversing the order of elements of the protagonist's transformational arc and shifting ownership of key story beats, has an enormous impact on how we respond to a structural model that is otherwise functionally identical.