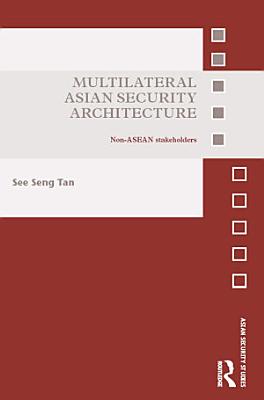 This book provides a comparative assessment of the material and ideational contributions of five countries to the regional architecture of post-Cold War Asia. In contrast to the usual emphasis placed on the role and centrality of the Association of Southeast Asian Nations (ASEAN) in Asia’s multilateral architecture and its component institutions, this book argues that the four non-ASEAN countries of interest here 3⁄4 Australia, Japan, China and the United States 3⁄4 and Indonesia have played and continue to play an influential part in determining the shape and substance of Asian multilateralism from its pre-inception to the present. The work does not contend that existing scholarship overstates ASEAN’s significance to the successes and failures of Asia’s multilateral enterprise. Rather, it claims that the impact of non-ASEAN stakeholders in innovating multilateral architecture in Asia has been understated. Whether ASEAN has fared well or poorly as a custodian of Asia’s regional architecture, the fact remains that the countries considered here, notwithstanding their present discontent over the state of that architecture, are key to understanding the evolution of Asian multilateralism. This book will be of much interest to students of Asian politics, international organisations, security studies and IR more generally. 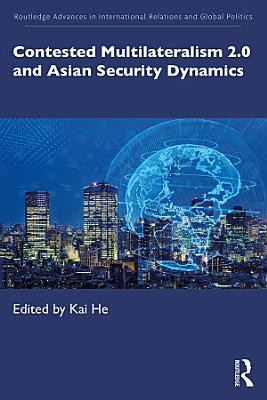 In the 1990s there was a wave of multilateralism in the Asia Pacific, led primarily by ASEAN. Since the Global Financial Crisis of 2008, however, many non-ASEAN states have attempted to seize the initiative, including the USA, Japan, China, South Korea, and Australia. Kai He and his contributors debate the reasons for this contested multilateralism and the impacts it will have on the region’s security and political challenges. Will the "Indo-Pacific turn" be a blessing or a curse for regional stability and prosperity? Using a diverse range of theoretical and empirical perspectives, these leading scholars contribute views on this question and on the diverse strategies of the great and middle powers in the region. This collection will be of great interest to scholars and students of international relations in the Asia Pacific and of great value to policy makers in the region and beyond. 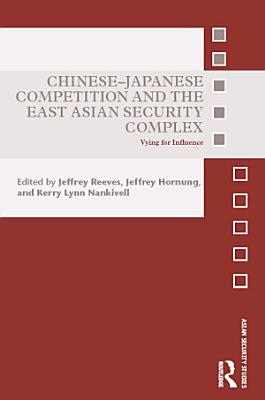 This volume examines contemporary diplomatic, economic, and security competition between China and Japan in the Asia-Pacific region. The book outlines the role that Sino-Japanese competition plays in East Asian security, an area of study largely overlooked in contemporary writing on Asian security, which tends to focus on US–China relations and/or US hegemony in Asia. The volume focuses on Chinese and Japanese foreign policy under President Xi Jinping and Prime Minister Shinzō Abe, and regional security dynamics within and between Asian states/institutions since 2012. It employs regional security complex theory as a theoretical framework to view Chinese and Japanese competition in the Asian region. In doing so, the volume draws on a "levels of analysis" approach to demonstrate the value in looking at security in the Asia-Pacific from a regional rather than global perspective. The vast majority of existing research on the region’s security tends to focus on great power relations and treats Asia as a sub-region within the larger global security architecture. In contrast, this volume shows how competition between the two largest Asian economies shapes East Asia’s security environment and drives security priorities across Asia’s sub-regions. As such, this collection provides an important contribution to discussion on security in Asia; one with potential to influence both political and military policy makers, security practitioners, and scholars. This book will be of much interest to students of Asian politics, regional security, diplomacy, and international relations. 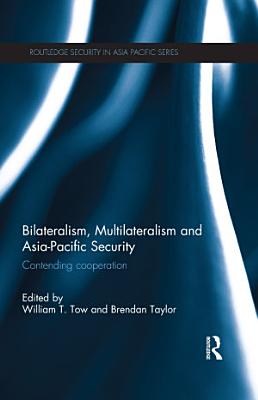 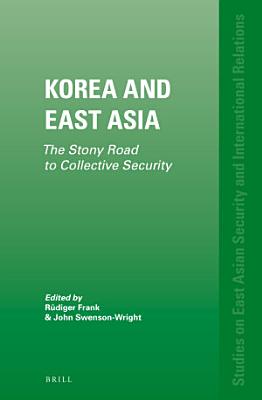 This book critically addresses the potential of the liberal concept of collective security to provide a solution to conflict in East Asia, with a focus on the Korean peninsula. 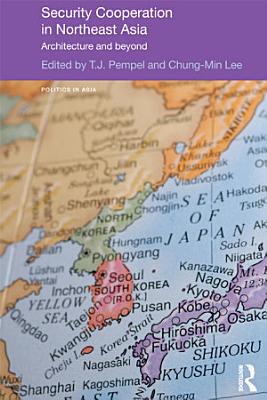 Defining and conceptualizing Northeast Asia’s security complex poses unique quandaries. The security architecture in Northeast Asia to date has been predominately U.S.-dominated bilateral alliances, weak institutional structures and the current Six Party Talks dealing with the North Korean nuclear issue. There has been a distinct lack of desire among regional countries as well as the U.S. to follow in the footsteps of Europe with its robust set of multilateral institutions. However, since the late 1990s, there has been burgeoning interest among regional states towards forming new multilateral institutions as well as reforming and revitalizing existing mechanisms. Much of this effort has been in the economic and political arenas, with the creation of bodies such as the East Asian Summit, but there have also been important initiatives in the security sphere. This book offers detailed examinations about how this potentially tense region of the world is redefining certain longstanding national interests, and shows how this shift is the result of changing power relations, the desire to protect hard-won economic gains, as well as growing trust in new processes designed to foster regional cooperation over regional conflict. Presenting new and timely research on topics that are vital to the security future of one of the world’s most important geographical regions, this book will be of great value to students and scholars of Asian politics, regionalism, international politics and security studies. 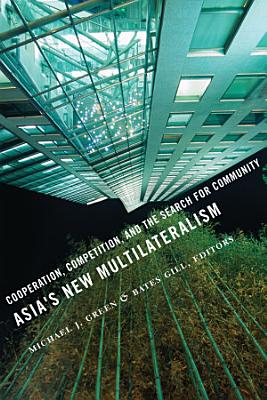 Traditionally, stability in Asia has relied on America's bilateral alliances with Japan, Australia, and the Republic of Korea. Yet in recent years, emergent and more active multilateral forums such as the Six-Party Talks on North Korea and the East Asia Summit have taken precedence, engendering both cooperation and competition while reflecting the local concerns of the region. Some are concerned that this process is moving toward less-inclusive, bloc-based "talking shops" and that the future direction and success of these arrangements, along with their implications for global and regional security and prosperity, remain unclear. The fifteen contributors to this volume, all leading scholars in the field, provide national perspectives on regional institutional architecture and their functional challenges. They illuminate areas of cooperation that will move the region toward substantive collaboration, convergence of norms, and strengthened domestic institutions. They also highlight the degree to which institution building in Asia a region composed of liberal democracies, authoritarian regimes, and anachronistic dictatorships has become an arena for competition among major powers and conflicting norms, and assess the future shape of Asian security architecture. 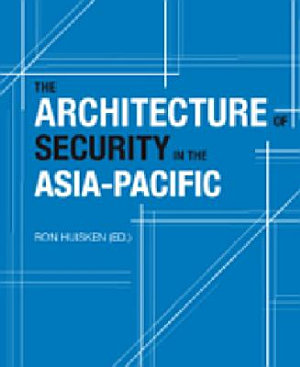 We cannot expect in East Asia over the foreseeable future to see the sort of conflation of sovereign states that has occurred in Europe. We must anticipate that, for the foreseeable future, the requirement will be for the sensible management and containment of competitive instincts. The establishment of a multilateral security body in East Asia that includes all the key players, and which the major powers invest with the authority to tackle the shaping of the regional security order, remains a critical piece of unfinished business. 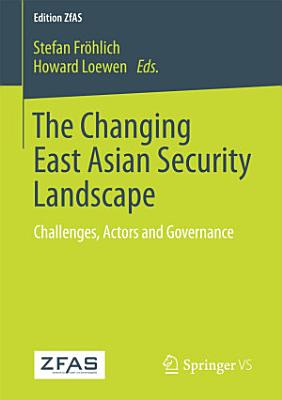 The topic of this book deals with a highly relevant empirical issue: East asian security and the dynamics of the respective governance structure or architecture are not only of regional but of global concern. Since the pivot of the American pivot to East Asia and other external actor ́s responses to it the security architecture has changed in form, size and function. In order to analyze and explain these changes, hypotheses derived from IR middle range theories (i.e. soft and hard balancing) will be applied to cases of bilateral and multilateral security governance in East Asia.