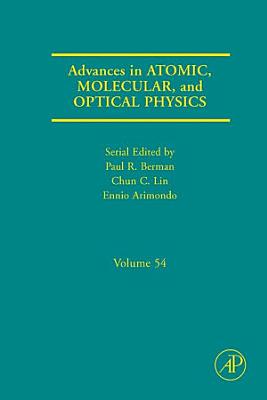 Volume 54 of the Advances in Atomic, Molecular, and Optical Physics Series contains ten contributions, covering a diversity of subject areas in atomic, molecular and optical physics. The article by Regal and Jin reviews the properties of a Fermi degenerate gas of cold potassium atoms in the crossover regime between the Bose-Einstein condensation of molecules and the condensation of fermionic atom pairs. The transition between the two regions can be probed by varying an external magnetic field. Sherson, Julsgaard and Polzik explore the manner in which light and atoms can be entangled, with applications to quantum information processing and communication. They report on the result of recent experiments involving the entanglement of distant objects and quantum memory of light. Recent developments in cold Rydberg atom physics are reviewed in the article by Choi, Kaufmann, Cubel-Liebisch, Reinhard, and Raithel. Fascinating experiments are described in which cold, highly excited atoms (“Rydberg atoms) and cold plasmas are generated. Evidence for a collective excitation of Rydberg matter is also presented. Griffiin and Pindzola offer an account of non-perturbative quantal methods for electron-atom scattering processes. Included in the discussion are the R-matrix with pseudo-states method and the time-dependent close-coupling method. An extensive review of the R-matrix theory of atomic, molecular, and optical processes is given by Burke, Noble, and Burke. They present a systematic development of the R-matrix method and its applications to various processes such as electron-atom scattering, atomic photoionization, electron-molecule scattering, positron-atom scattering, and atomic/molecular multiphoton processes. Electron impact excitation of rare-gas atoms from both their ground and metastable states is discussed in the article by Boffard, Jung, Anderson, and Lin. Excitation cross sections measured by the optical method are reviewed with emphasis on the physical interpretation in terms of electronic structure of the target atoms. Ozier and Moazzen-Ahmadi explore internal rotation of symmetric top molecules. Developments of new experimental methods based on high-resolution torsional, vibrational, and molecular beam spectroscopy allow accurate determination of internal barriers for these symmetric molecules. The subject of attosecond and angstrom science is reviewed by Niikura and Corkum. The underlying physical mechanisms allowing one to generate attosecond radiation pulses are described and the technology needed for the preparation of such pulses is discussed. LeGouët, Bretenaker, and Lorgeré describe how rare earth ions embedded in crystals can be used for processing optically carried broadband radio-frequency signals. Methods for reaching tens of gigahertz instantaneous bandwidth with submegahertz resolution using such devices are analyzed in detail and demonstrated experimentally. Finally, in the article by Illing, Gauthier, and Roy, it is shown that small perturbations applied to optical systems can be used to suppress or control optical chaos, spatio-temporal dynamics, and patterns. Applications of these techniques to communications, laser stabilization, and improving the sensitivity of low-light optical switches are explored. International experts Comprehensive articles New developments 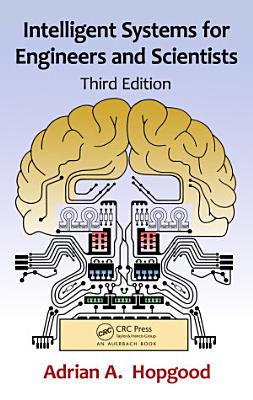 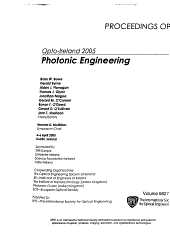 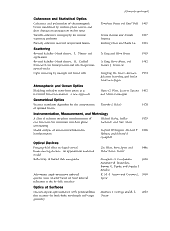 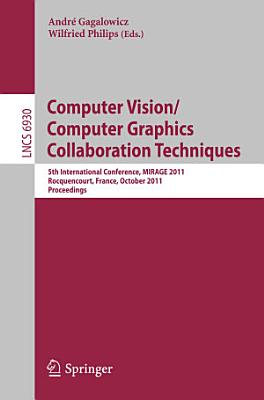 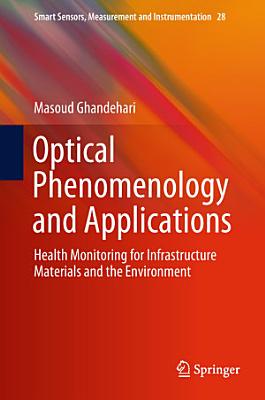 This book is an introduction to techniques and applications of optical methods for materials Characterization in civil and environmental engineering. Emphasizing chemical sensing and diagnostics, it is written for students and researchers studying the physical and chemical processes in manmade or natural materials. Optical Phenomenology and Applications - Health Monitoring for Infrastructure Materials and the Environment, describes the utility of optical-sensing technologies in applications that include monitoring of transport processes and reaction chemistries in materials of the infrastructure and the subsurface environment. Many of the applications reviewed will address long standing issues in infrastructure health monitoring such as the alkali silica reaction, the role of pH in materials degradation, and the remote and inset characterization of the subsurface environment. The remarkable growth in photonics has contributed immensely to transforming bench-top optical instruments to compact field deployable systems. This has also contributed to optical sensors for environmental sensing and infrastructure health monitoring. Application of optical waveguides and full field imaging for civil and environmental engineering application is introduced and chemical and physical recognition strategies are presented; this is followed by range of filed deployable applications. Emphasizing system robustness, and long-term durability, examples covered include in-situ monitoring of transport phenomena, imaging degradation chemistries, and remote sensing of the subsurface ground water. 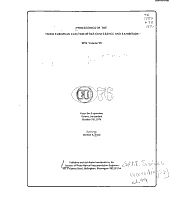