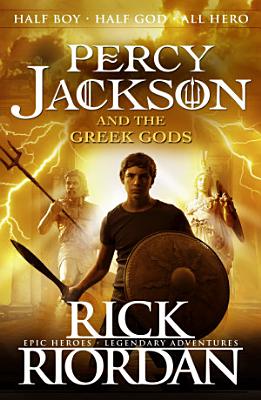 "If you like horror shows, bloodbaths, lying, stealing, backstabbing and cannibalism, then read on..." Who could tell the true stories of the gods and goddesses of Olympus better than modern-day demigod Percy Jackson? In this action-packed tour of Greek mythology, Percy gives his hilarious personal views on the feuds, fights and love affairs of the Olympians. Want to know how Zeus came to be top god? How many times Kronos ate one of his own kids? How Athena literally burst out of another god's head? It's all here in black and white... Featuring an exclusive bonus chapter from The Blood of Olympus, the fifth and final book in the Heroes of Olympus series! Rick Riordan has now sold an incredible 55 million copies of his books worldwide 'Explosive' - Big Issue 'Action-packed' - Telegraph 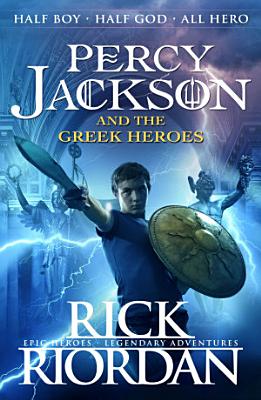 IF YOU LIKE POISONINGS, BETRAYALS, MUTILATIONS, MURDERS AND FLESH-EATING FARMYARD ANIMALS, KEEP READING . . . In this gripping follow-up to Percy Jackson and the Greek Gods, demigod Percy Jackson tells the stories of twelve of the original Greek heroes in all their gory, bloodthirsty glory. Want to know who cut off Medusa's head? Which hero was raised by a she-bear? Who tamed Pegasus, the winged horse? Percy has all the answers . . .

Percy Jackson, a modern-day demigod, tells the origin stories of the gods of Olympus and provides an insider's point of view while offering a personal take on his ancient associates.

Percy Jackson is about to be kicked out of boarding school . . . again. And that's the least of his troubles. Lately, mythological monsters and the gods of Mount Olympus seem to be walking straight out of the pages of Percy's Greek mythology textbook and into his life. And worse, he's angered a few of them. Zeus's master lightning bolt has been stolen, and Percy is the prime suspect. Now Percy and his friends have just ten days to find and return Zeus's stolen property and bring peace to a warring Mount Olympus. But to succeed on his quest, Percy will have to do more than catch the true thief: he must come to terms with the father who abandoned him; solve the riddle of the Oracle, which warns him of betrayal by a friend; and unravel a treachery more powerful than the gods themselves. This deluxe gift edition of the internationally best-selling first book in the Percy Jackson and the Olympians series, lavishly illustrated by series artist John Rocco, is a must-have for Riordan fans.

Who cut off Medusa's head? Who was raised by a she-bear? Who tamed Pegasus? It takes a demigod to know, and Percy Jackson can fill you in on the all the daring deeds of Perseus, Atalanta, Bellerophon, and the rest of the major Greek heroes.

All year the half-bloods have been preparing for battle against the Titans, knowing the odds of victory are grim. Krono's army is stronger than ever, and with every god and half-blood he recruits, the evil Titan's power only grows. While the Olympians struggle to contain the rampaging monster Typhon, Kronos begins his advance on New York City, where Mount Olympus stands virtually unguarded. Now it's up to Percy Jackson and an army of young demigods to stop the Lord of Time. In this epic finale to the New York Times best-selling Percy Jackson and the Olympians series, the long-awaited prophecy surrounding Percy's sixteenth birthday unfolds. As the battle for Western civilization rages on the streets of Manhattan, Percy faces a terrifying suspicion that he may be fighting against his own fate. Relive the showdown in this all new graphic novel adaptation.

After a summer spent trying to prevent a catastrophic war among the Greek gods, Percy Jackson finds his seventh-grade school year unnervingly quiet. His biggest problem is dealing with his new friend, Tyson-a six-foot-three, mentally challenged homeless kid who follows Percy everywhere, making it hard for Percy to have any "normal" friends. But things don't stay quiet for long. Percy soon discovers there is trouble at Camp Half-Blood: the magical borders which protect Half-Blood Hill have been poisoned by a mysterious enemy, and the only safe haven for demigods is on the verge of being overrun by mythological monsters. To save the camp, Percy needs the help of his best friend, Grover, who has been taken prisoner by the Cyclops Polyphemus on an island somewhere in the Sea of Monsters, the dangerous waters Greek heroes have sailed for millennia-only today, the Sea of Monsters goes by a new name?the Bermuda Triangle. Now Percy and his friends-Grover, Annabeth, and Tyson-must retrieve the Golden Fleece from the Island of the Cyclopes by the end of the summer or Camp Half-Blood will be destroyed. But first, Percy will learn a stunning new secret about his family-one that makes him question whether being claimed as Poseidon's son is an honor or simply a cruel joke.

Demigods, brandish your pencils! Over the past decade, millions of young readers, parents, and teachers have come to adore Rick Riordan's classic series Percy Jackson and the Olympians, which made ancient Greek mythology contemporary, relevant, and entertaining as it turned kids on to reading. Now fans can literally color Percy's world with the amusing portraits, dramatic scenes, and intricate designs on every spread of this large format paperback. This book is a great way to introduce young children to the series, to allow older fans to reminisce, and to augment classroom units on Greek mythology.

All five books in the mega-best-selling Percy Jackson and the Olympians series, in paperback, collected in a newly designed boxed set to please any demigod. This collection features sensational new cover art by Nilah Magruder and a bonus full-color poster. The perfect gift of summer reading, whether it is for readers who are experiencing Percy's thrilling adventures with Greek gods and monsters for the first time, or for loyal fans who want to devour the saga again.The Lightning Thief, The Sea of Monsters, The Titan's Curse, The Battle of the Labyrinth, and The Last Olympian.