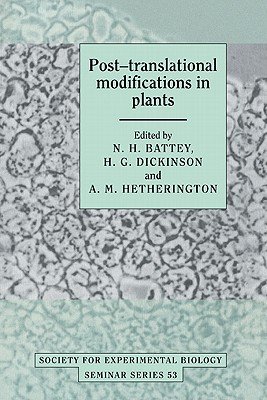 This book is about what happens to proteins once they have been synthesised within the plant cell. 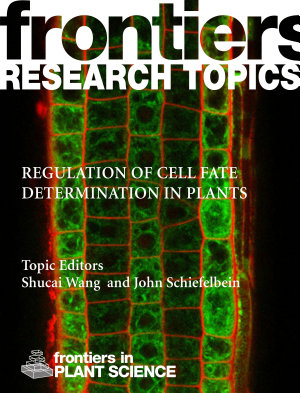 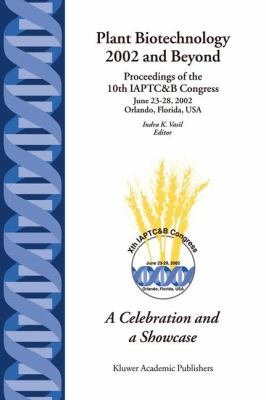 The 10th IAPTC&B Congress, Plant Biotechnology 2002 and Beyond, was held June 23-28, 2002, at Disney's Coronado Springs Resort, in Orlando, Florida, USA. It was attended by 1,176 scientists from 54 countries. The best and brightest stars of international plant biotechnology headlined the scientific program. It included the opening address by the President of the IAPTC&B, 14 plenary lectures, and 111 keynote lectures and contributed papers presented in 17 symposia covering all aspects of plant biotechnology. More than 500 posters supplemented the formal program. The distinguished speakers described, discussed and debated not only the best of science that has been done or is being done, but also how the power of plant biotechnology can be harnessed to meet future challenges and needs. The program was focused on what is new and what is exciting, what is state of the art, and what is on the cutting edge of science and technology. In keeping with the international mandate of the IAPTC&B, 73 of the 125 speakers were from outside the United States, representing 27 countries from every region of the world. The 10th IAPTC&B Congress was a truly world-class event. The IAPTC&B, founded in 1963 at the first international conference of plant tissue culture organized by Philip White in the United States, currently has over 1,500 members in 85 countries. It is the largest, oldest, and the most comprehensive international professional organization in the field of plant biotechnology. The IAPTC&B has served the plant biotechnology community well through its many active national chapters throughout the World, by maintaining and disseminating a membership list and a website, by the publication of an official journal (formerly the Newsletter), and by organizing quadrennial international congresses in France (1970), the United Kingdom (1974), Canada (1978), Japan (1982), the United States (1963, 1986, 2002), The Netherlands (1990), Italy (1994), and Israel (1998). In addition, the IAPTC&B has a long tradition of publishing the proceedings of its congresses. Individually, these volumes have provided authoritative quadrennial reports of the status of international plant biotechnology. Collectively, they document the history of plant biotechnology during the 20th century. They are indeed a valuable resource. We are pleased to continue this tradition by publishing this proceedings volume of the 10th IAPTC&B Congress. Regrettably, we are not able to publish seven of the lectures in full (only their abstracts are included). The American and Canadian chapters of the IAPTC&B, the Plant Section of the Society for In Vitro Biology, and the University of Florida hosted the 10th IAPTC&B Congress. The Congress was a true partnership between academia and industry, and was generously supported by both groups (see list of donors/sponsors on back cover). A number of prominent international biotechnology companies and publishers participated in the very successful Science and Technology Exhibit (see accompanying list of exhibitors) The IAPTC&B awarded 84 fellowships to young scientists from 31 countries (see accompanying list of fellowship recipients) to support their participation in the Congress. 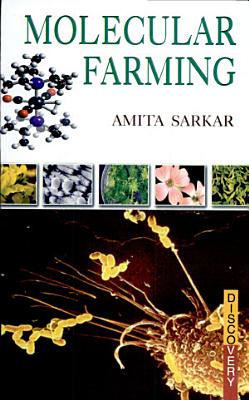 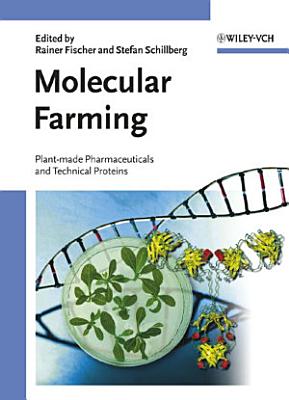 Here, authors from academia and industry provide an exciting overview of current production technologies and the fascinating possibilities for future applications. Topics include chloroplast-derived antibodies, biopharmaceuticals and edible vaccines, production of antibodies in plants and plant cell suspension cultures, production of spider silk proteins in plants, and glycosylation of plant produced proteins. The whole is rounded off by chapters on the demands and expectations made on molecular farming by pharmaceutical corporations and the choice of crop species in improving recombinant protein levels. Of interest to biotechnologists, gene technologists, molecular biologists and protein biochemists in university as well as the biotechnological and pharmaceutical industries. 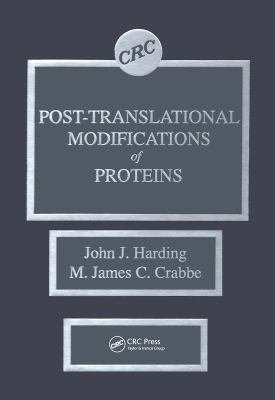 Post-Translational Modifications of Proteins discusses several important topics of interest to researchers and students in protein chemistry and biochemistry, including the occurrence and function of hydroxylated residues and the three enzymes required for their formation; the damaging effects of reactions between sugars and proteins; ADP-riboosylation of proteins outside the nucleus; and Monod, Wyman, and Changeux's concerted model for allosteric control of enzyme activity exemplified by studies on glycogen phosphorylase. The application of Fast Atom Bombardment Mass Spectometry (FAB-MS) to studies on the structure and biosynthesis of various oligosaccharide moieties in protein is examined, and the understanding of the structural diversity and function of glycoprotein oligosaccharides is discussed in this volume.

Post-Translational Modifications of Nuclear Proteins in the Response of Plant Cells to Abiotic Stresses. 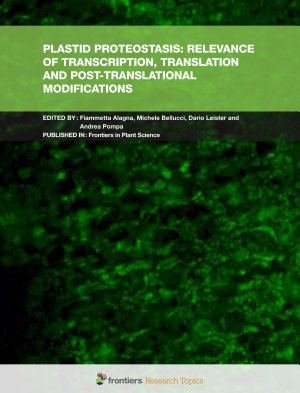 Due to their bacterial endosymbiotic origin plastids are organelles with both nuclear-encoded and plastid-encoded proteins. Therefore, a highly integrated modulation of gene expression between the nucleus and the plastome is needed in plant cell development. Plastids have retained for the most part a prokaryotic gene expression machinery but, differently from prokaryotes and eukaryotes, they have largely abandoned transcriptional control and switched to predominantly translational control of their gene expression. Some transcriptional regulation is known to occur, but the coordinate expression between the nucleus and the plastome takes place mainly through translational regulation. However, the regulatory mechanisms of plastid gene expression (PGE) are mediated by intricate plastid-nuclear interactions and are still far from being fully understood. Although, for example, translational autoregulation mechanisms in algae have been described for subunits of heteromeric protein complexes and termed control by epistasy of synthesis (CES), only few autoregulatory proteins have been identified in plant plastids. It should be noted of course that PGE in C. reinhardtii is different from that in plants in many aspects. Another example of investigation in this research area is to understand the interactions that occur during RNA binding between nucleus-encoded RNA-binding proteins and the respective RNA sequences, and how this influences the translation initiation process. In addition to this, the plastid retains a whole series of mechanisms for the preservation of its protein balance (proteostasis), including specific proteases, as well as molecular chaperones and enzymes useful in protein folding. After synthesis, plastid proteins must rapidly fold into stable three dimensional structures and often undergo co- and posttranslational modifications to perform their biological mission, avoiding aberrant folding, aggregation and targeting with the help of molecular chaperones and proteases. We believe that this topic is highly interesting for many research areas because the regulation of PGE is not only of wide interest for plant biologists but has also biotechnological implications. Indeed, plastid transformation turns out to be a very promising tool for the production of recombinant proteins in plants, yet some limitations must still be overcome and we believe that this is mainly due to our limited knowledge of the mechanisms in plastids influencing the maintenance of proteostasis. 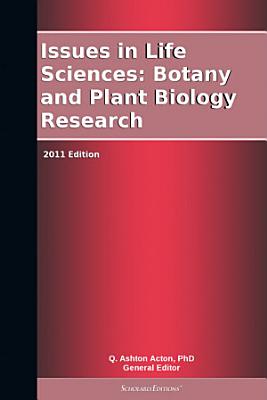 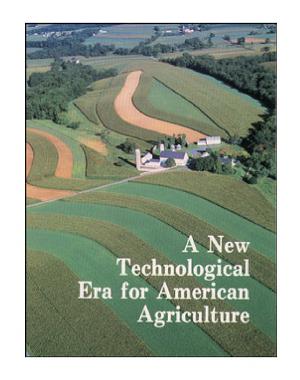