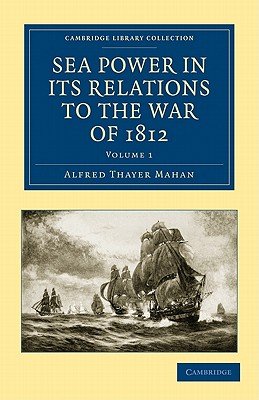 Published in 1905, this is a detailed study of the origins and conduct of the Anglo-American war of 1812. 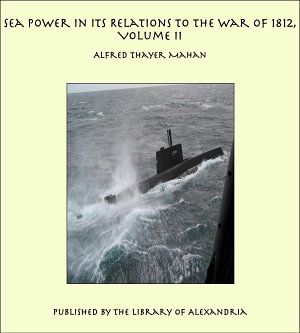 Sea Power in its Relations to the War of 1812 Volume 1 by A. T. (Alfred Thayer) Mahan The present work concludes the series of "The Influence of Sea Power upon History," as originally framed in the conception of the author. In the previous volumes he has had the inspiring consciousness of regarding his subject as a positive and commanding element in the history of the world. In the War of 1812, also, the effect is real and dread enough; but to his own country, to the United States, as a matter of national experience, the lesson is rather that of the influence of a negative quantity upon national history. The phrase scarcely lends itself to use as a title; but it represents the truth which the author has endeavored to set forth, though recognizing clearly that the victories on Lake Erie and Lake Champlain do illustrate, in a distinguished manner, his principal thesis, the controlling influence upon events of naval power, even when transferred to an inland body of fresh water. The lesson there, however, was the same as in the larger fields of war heretofore treated. Not by rambling operations, or naval duels, are wars decided, but by force massed, and handled in skilful combination. It matters not that the particular force be small. The art of war is the same throughout; and may be illustrated as really, though less conspicuously, by a flotilla as by an armada; by a corporal's guard, or the three units of the Horatii, as by a host of a hundred thousand. The interest of the War of 1812, to Americans, has commonly been felt to lie in the brilliant evidence of high professional tone and efficiency reached by their navy, as shown by the single-ship actions, and by the two decisive victories achieved by little squadrons upon the lakes. Without in the least overlooking the permanent value of such examples and such traditions, to the nation, and to the military service which they illustrate, it nevertheless appears to the writer that the effect may be even harmful to the people at large, if it be permitted to conceal the deeply mortifying condition to which the country was reduced by parsimony in preparation, or to obscure the lessons thence to be drawn for practical application now. It is perhaps useless to quarrel with the tendency of mankind to turn its eyes from disagreeable subjects, and to dwell complacently upon those which minister to self-content. We mostly read the newspapers in which we find our views reflected, and dispense ourselves easily with the less pleasing occupation of seeing them roughly disputed; but a writer on a subject of national importance may not thus exempt himself from the unpleasant features of his task. We are delighted to publish this classic book as part of our extensive Classic Library collection. Many of the books in our collection have been out of print for decades, and therefore have not been accessible to the general public. The aim of our publishing program is to facilitate rapid access to this vast reservoir of literature, and our view is that this is a significant literary work, which deserves to be brought back into print after many decades. The contents of the vast majority of titles in the Classic Library have been scanned from the original works. To ensure a high quality product, each title has been meticulously hand curated by our staff. Our philosophy has been guided by a desire to provide the reader with a book that is as close as possible to ownership of the original work. We hope that you will enjoy this wonderful classic work, and that for you it becomes an enriching experience. 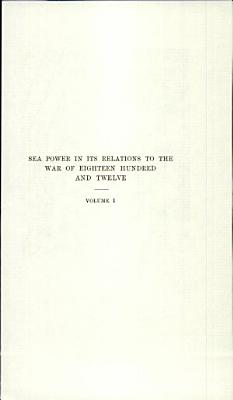 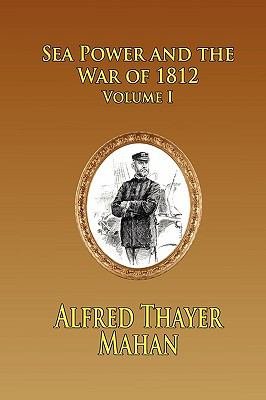 The Historian Who Changed the Way Naval Battles Were Fought In 1859 Alfred Thayer Mahan graduated second in his class from the U.S. Naval Academy. Unfortunately, he hated the smoky, steam-driven, ships of his time, and longed for the days of square-rigged sailing vessels. Making matters worse, when he eventually got command, he was terrible at it. HIs ships had this unnerving tendency to... well... run into things-other ships, piers, and so forth. In 1885 he was appointed to the Naval War College to teach naval history and tactics, and his true calling emerged. He might have been a terrible ship commander, but he was an absolute genius as a naval historian and theoretician. HIs books were avidly read by naval officers the world over. They shaped the way modern navies would be organized-and, more importantly, revolutionized the way ships would fight. Now, for the first time, Mahan's principal works-along with his autobiography-are brought together in a single collection. The Mahan Nautical History Series FROM SAIL TO STEAM: Recollections of a Naval Life SEA POWER AND WORLD HISTORY: 1660-1783 SEA POWER AND THE AMERICAN REVOLUTION: 1775-1783 SEA POWER AND THE FRENCH REVOLUTION: 1793-1812 SEA POWER AND THE WAR OF 1812 - Volumes I and II 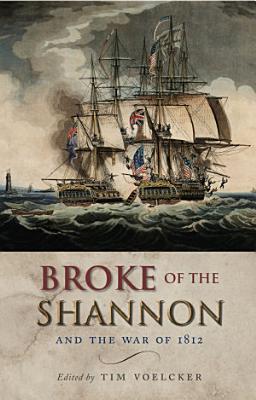 Captain Broke's victory in 1813 over Captain Lawrence of USS Chesapeake, which was to have far reaching influence on the future of North America, did much to restore the morale of the Royal Navy, shattered by three successive defeats in single-ship duels with US frigates, and stunned the American nation which had come to expect success.2013 sees the bicentenary of the battle and this new book seeks to reverse the neglect shown by most modern historians of one of Britain's finest frigate captains, who by his skill, determination and leadership won one of the bloodiest naval duels the world has seen. Even now both Britain and the USA claim to have won the war but only Canada, the third country heavily involved, can fully claim to have done so, for the peace that followed established her as an independent nation.Leading historians from all three countries have joined to give their sometimes conflicting views on different aspects in a way to interest and entertain general readers, as well as challenge academics. It is a tale of political and military blunders, courage and cowardice in battle, a bloody ship-to-ship fight, and technical innovation in the hitherto crude methods of naval gunnery. It also tells the human story of Broke's determination to achieve victory so he could return to his wife and children after seven lonely years at sea.The near-fatal wound Broke received in hand-to-hand fighting as he boarded the Chesapeake meant that he never served again at sea, but his work on naval gunnery, paid for out of his own pocket, transformed Admiralty thinking and led to the establishment of the British naval school of gunnery, HMS Excellent. This Bicentenary year of his victory is timely for an up-to-date, wide-ranging work incorporating the latest thinking; this is the book.As seen in the East Anglian Daily Times and the Ipswich Star. 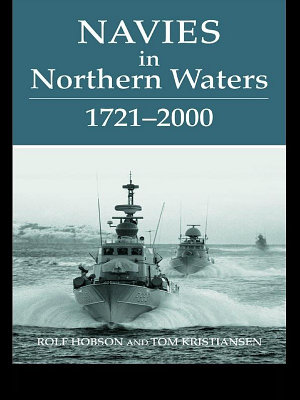 Navies in Northern Waters is a collection of articles covering the roles played by the secondary navies of northern European powers and the United States within the maritime balance of power. The contributions covering the 18th and 19th centuries focus on their relations with each other as they sought to create a counterweight to the dominant naval power of Britain. The inter-war years are treated from the perspectives of international disarmament efforts within the framework of collective security, and the subsequent naval rivalry in the Baltic area in the years leading up to the Second World War. For the post-1945 period, the contributions concentrate on superpower rivalry in northern waters during the Cold War, the changing aspects of security policy since the collapse of the Soviet Union and the particular challenges facing small coastal states policing extensive waters of increasing economic importance. 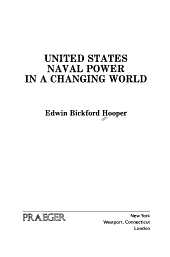 Hooper traces the vital role of naval power throughout American history, and in particular the increasing bureaucratization and overcontrol of the Navy Department since World War II brought about by reorganization and by an increased Department of Defense staff. He makes a good case for a lean, highly decentralized, efficient bilinear system for the Navy Department. ISBN 0-275-92738-5: $47.95. 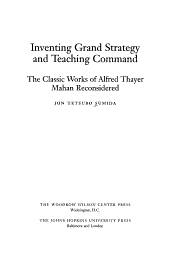 Between 1890 and 1913, Captain Alfred Thayer Mahan published a series of books on naval warfare in the age of sail, which established his reputation as the founder of modern strategic history. But, according to former Guggenheim Fellow Jon Tetsuro Sumida, Mahan did not advocate national naval supremacy, but instead believed that a multinational naval consortium could best defend international trade. 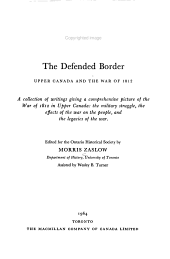