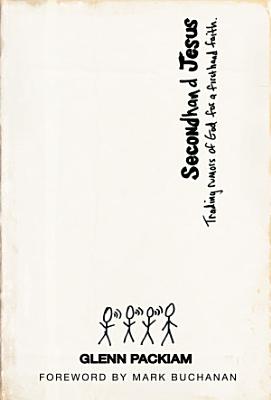 God has offered us firsthand knowledge of His love, His grace, and His power. Yet so often, we too easily settle for someone else's descriptions, the Cliff notes from another's spiritual journey. We are content for "God-experts" to do the heavy lifting and then give us the bottom line. And like any secondhand information, after enough times through the grapevine, the truth about God deteriorates and crumbs of rumor are all that remain. But when life derails, and things don't go as we had planned, our thin view of God is challenged. In those critical moments, we can choose to walk away from God, or to let our questions lead us home. When we choose to wrestle with God, to engage Him for ourselves, we-like Jacob and Job and David-will see rumors die and revelation come alive. It's time to hear the magnificent, Divine Invitation. It's time to take God up on His offer and embrace the mystery and majesty of knowing Him for ourselves. 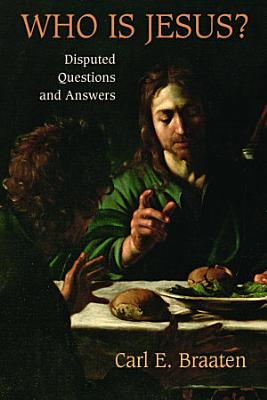 New Testament scholars have long debated the historical identity of Jesus and the development of Christology within the church's history. In Who Is Jesus? Carl Braaten reviews the various historical Jesus quests, arguing that it is time for the current ("third") quest to admit failure. Against the implication that "the real Jesus has been lost and needs to be found," Braaten maintains that the only real Jesus is the One presented in the canonical Gospels and that "any other Jesus is irrelevant to Christian faith." He draws on a wealth of historical resources to address such contentious questions as these: What can we actually know about Jesus of Nazareth? Did Jesus really rise from the dead? Is Jesus unique -- the one and only way of salvation? Why did Jesus have to die on the cross? Was Jesus the founder of the Christian church? What does Jesus have to do with politics? 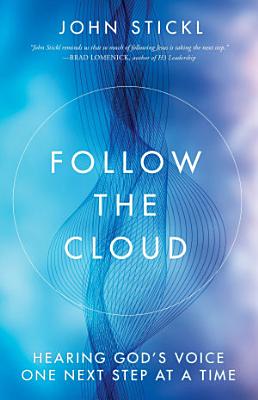 There is a big difference between being set free and living free. How do I know what to do with my life? How do I hear God’s voice? Maybe the answer is easier than we think. When God led the Israelites from Egypt to the Promised Land, He gave them a cloud to follow. He led them in an intimately personal, ever-present way one next step at a time. He led them without revealing the whole picture because he wanted them to follow by faith. In Follow the Cloud, Pastor John Stickl uses this image to ask, “What if we stopped letting obligation drive us and instead let grace lead us? What if instead of focusing on our faithfulness toward God, we focus on God’s faithfulness toward us?” The cloud of God’s presence is moving in your life right now. Maybe God is inviting you to follow him to a new career or relationship. Maybe he is inviting you to extend forgiveness, share your story, or give up your addiction. Whatever your next step is, God is leading you to discover who you are, who he is, and what you were created to do. He is inviting you to a life of freedom. Inviting you home - one step at a time. 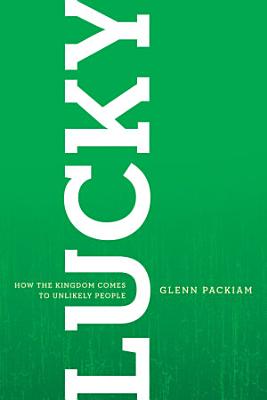 Glenn Packiam redefines the word lucky in the context of Jesus’ beatitudes in Luke’s Gospel. Lucky uncovers how the poor, hungry, mourning and persecuted are blessed because the Kingdom of heaven—its fullness, comfort, and reward—is theirs in spite of their condition. This is Christ’s announcement: the Kingdom of God has come to unlikely people. Like the people Jesus addressed, we are called lucky not because of our pain or brokenness but because in spite of it, we have been invited into the Kingdom. The trajectory of our lives have been altered. What’s more, we now have a part in the future that God is bringing. Like Abraham, we have been blessed to carry blessing, to live as luck-bearers to the unlikely and unlucky. 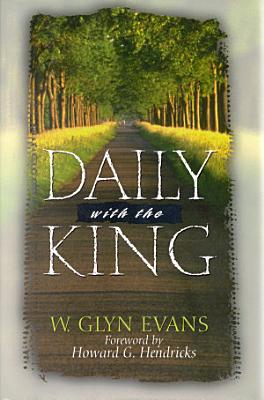 A calendar of devotional readings for the daily walk of the Christian and his God. With appropriate Scripture readings. 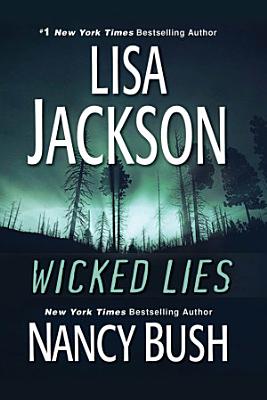 If At First You Don't Succeed For two years, Justice Turnbull has paced his room at Halo Valley Security Hospital, planning to escape. Justice has a mission-one that began with a vicious murder two decades ago. And there are so many others who must be sent back to the hell that spawned them. . . Kill. . . Laura Adderley didn't plan to get pregnant by her soon-to-be ex-husband, though she'll do anything to protect her baby. But now reporter Harrison Frost is asking questions about the mysterious group of women who live at Siren Song lodge. Harrison hasn't figured out Laura's connection to the story yet. But Justice knows. And he is coming. . . Then Kill Again. . . All her life, Laura has been able to sense approaching evil. But that won't stop a psychopath bent on destroying her. Justice has been unleashed, and this time, there will be no place safe to hide. . . Praise for Wicked Game "Chilling. . . Swift pacing and an intriguing plot make this a first-rate supernatural thriller." --Publishers Weekly (starred review) 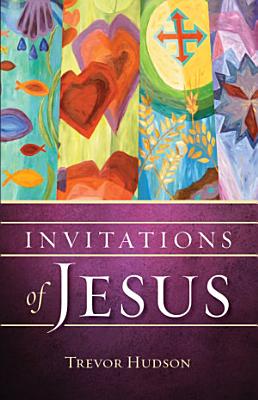 How do we respond to the invitations of Jesus? Trevor Hudson calls us to consider the invitations Jesus offers in five dimensions of life. In his gentle and intimate style, Trevor leads you to see where Christ is touching your life, calling you to deeper relationship with God, self, and neighbor. This six-week small group study includes a Leader’s Guide for small-group facilitation. The sessions are structured to last one hour and open with a prayer followed by reading the Word, reflecting on the chapter invitation, and responding to the invitation. 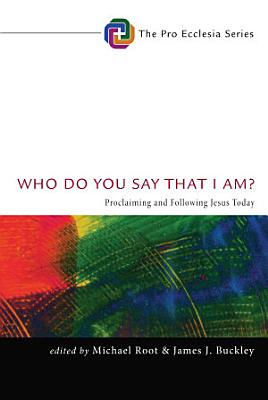 No question is more central to Christian living, preaching, and theology than Jesus' question to his disciples: Who do you say that I am? Some would have it that pastors and theologians, biblical exegetes and historians, dogmatic and moral theologians, Catholic and Evangelical have more differences than similarities in the way Christians with such diverse vocations respond to Jesus' question. And there is little doubt that there sometimes seem to be unbridgeable gulfs between the way historians and believers, Internet gossipers and preachers, classical christological debates and present-day praying and pastoral care implicitly or explicitly address the Lord's question. But the authors here address these and other issues in ways that are remarkably convergent, as if a "Catholic and Evangelical theology" for proclaiming and following Jesus today has emerged, or is indeed emerging. 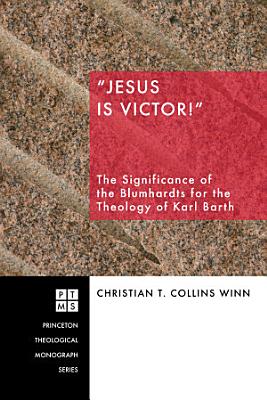 IN THIS INNOVATIVE WORK, Christian T. Collins Winn examines the role played by the Pietist pastors Johann Christoph Blumhardt (1805-1880) and Christoph Friedrich Blumhardt (1842-1919) in the development of Karl Barth's theology. The disparate theological themes and dynamics of the two Blumhardts were crystallized in their eschatology, and Collins Winn argues that as early as 1916 Barth had appropriated this "Blumhardtian eschatological deposit" in ways fundamental to his own theological development. Against the grain of current Barth scholarship, this book establishes how the theology of the Blumhardts, though critically reconstructed, was not merely an episodic influence on Barth's work. Instead, the Blumhardts had a complex and enduring impact on Barth, such that their imprint can be detected even in the mature theology of his Church Dogmatics. In treading new ground into Barth's theological formation, Jesus Is Victor! represents an important contribution to the field of Barth studies. 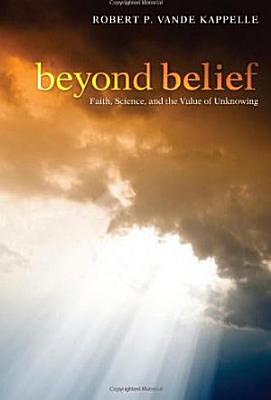 The current age marks the transition from modernity to postmodernity, a period as impactful to the Western sensibility as any previous era. The role of religion and the future of Christianity are at stake. At this time of transition, many thoughtful individuals find themselves at a quandary, having reached a "critical stage" in their spiritual journey. Prompted by academia, science, reason, culture, and their own experience, they feel compelled to choose between the beliefs they inherited as children and the claims of science, reason, pluralism, and secularism. Beyond Belief suggests that one need not take an either/or approach on these issues; there is a better way, one that embraces adventure and ambiguity, science and religion, reason and faith, evolution and creation, and finds ways to live creatively with realities for which there are no easy explanations. Building on a paradigmatic journey of faith that involves three stages (precritical, critical, and postcritical understanding), Beyond Belief describes the quest for God and for authentic faith in the twenty-first century. The key point for this understanding is to replace belief with faith, acknowledging that belief in doctrines is not central, since they are themselves unprovable. This new theological perspective requires rethinking many of our cherished doctrines, including our understanding of God, Jesus, Scripture, prayer, miracles, and revelation.