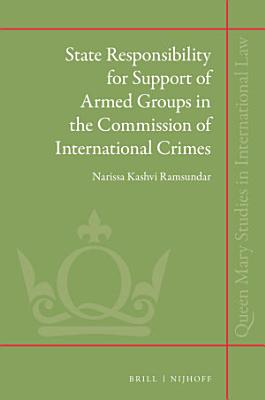 State Responsibility for the Support of Armed Groups in the Commission of International Crimes makes a case for the liberalisation of the tests of attribution of conduct of individuals to states under the rules of state responsibility in international law.

State Responsibility for the Support of Armed Groups in the Commission of International Crimes makes a case for the liberalisation of the tests of attribution of conduct of individuals to states under the rules of state responsibility in international law. 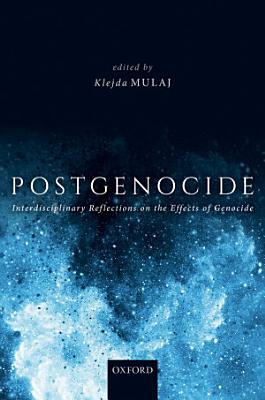 This volume introduces 'postgenocide' as a novel approach to study genocide and its effects after mass killing has ended. It investigates how the material violence of genocide translates into contests over memory, remembrance, and laws, and the re-imagining of political community. Contributions come from academics across a broad range of disciplines, including law, political science, sociology, and ethnography Chapters in this volume explore the various permutations of genocide harms, and scrutinise the efficacy of genocide laws and the prospects for their enforcement. Others engage with socio-political responses to genocide, including efforts to reconciliation, as well as genocide's impacts on victims' communities. Contributions examine the reconstruction of genocide narratives in the display of victims' objects in museums, galleries, and archives.This book brings together cutting edge research from a variety of disciplines, to address formerly overlooked themes and cases, exploring what a diversity of perspectives can bring to bear on genocide scholarship as a whole. 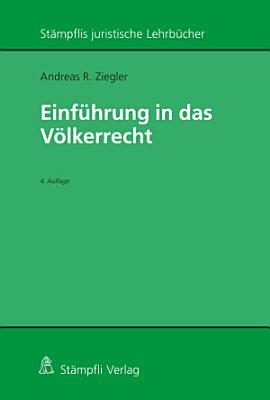 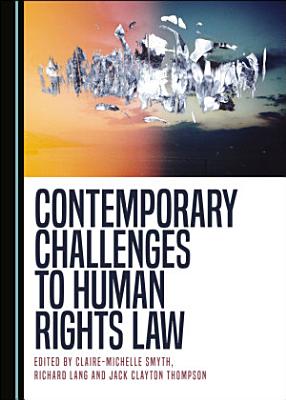 This collection of essays highlights the many problems and challenges facing human rights law today. Bringing together academics, practitioners and NGOs, it examines some of the contemporary challenges facing human rights law and practice in England, Northern Ireland, the Republic of Ireland, France and America. It is clear that we live in a time where human rights are in crisis. A decade of austerity measures at the domestic, regional and international levels evidently has had a detrimental effect on the protection of human rights. Cuts to social spending have resulted a failing social welfare system, a health service buckling under pressure, unprecedented rises in homelessness and child poverty, and the emergence of the ‘working poor’ and zero hours contracts. Austerity, famine, civil war, oppressive governmental regimes and climate change have seen vast migrations, resulting in a resurrection of far right-wing ideology. In the UK, this is seen in what can only be described as propaganda and scaremongering during the campaign for Brexit and in subsequent political elections evidenced by the increase in racially motivated hate crime within the UK. The landscape of human rights is such that it has resulted in some beginning to question, are human rights rights at all? 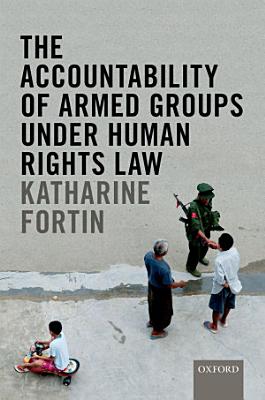 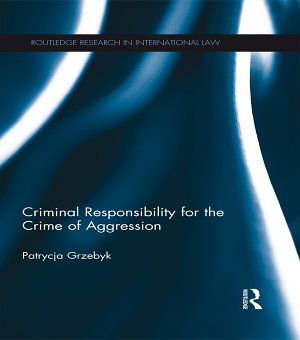 Since the Nuremberg trial, the crime of aggression has been considered one of the gravest international crimes. However, since the 1940s no defendants have been charged with this crime, with some states actively opposing the notion of punishing aggression. The option of trying an individual for aggression is expressly included in the statute of the International Criminal Court. In 2010 the Assembly of States Parties adopted a definition of the crime of aggression and conditions of the exercise of jurisdiction over this crime by the Court. The Assembly also agreed that the decision on including the crime of aggression within the Court’s jurisdiction would be made in 2017 at the earliest. It is still internationally debatable whether the criminalisation of aggression is an outcome to strive for, or whether its abandonment is more preferable. In Criminal Responsibility for the Crime of Aggression, Patrycja Grzebyk explores the scope of criminal responsibility of individuals for crimes of aggression and asks why those responsible for aggression are not brought to justice. The book first works to identify the legal norms that define and delegalise aggression, before moving to determine the basis and scope for the criminalisation of aggression. The book then goes on to identify the key risks and difficulties inherent in trials for aggression. Following a string of awards in Poland, including the Manfred Lachs Prize for the best first book on public international law, this cutting investigation of aggression is now deservedly made available to the wider world. In its extensive analysis of international trials on aggression, and its synthesis of legal, political and historical rhetoric, this book offers broad and striking insight into the criminal responsibility of individuals on a world stage. 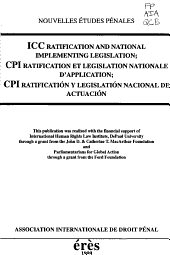 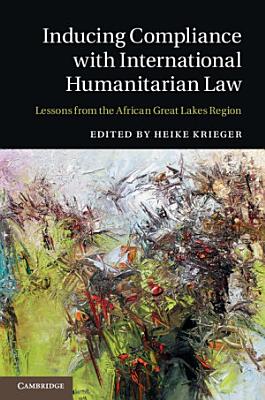 The number of armed conflicts featuring extreme violence against the civilian population in areas with no or little State authority has risen significantly since the early 1990s. This phenomenon has been particularly prevalent in the African Great Lakes Region. This collection of essays evaluates, from an interdisciplinary perspective, the various traditional and alternative instruments for inducing compliance with international humanitarian law. In particular, it explores the potential of persuasion, as well as hierarchical means such as criminal justice on the international and domestic level or quasi-judicial mechanisms by armed groups. Furthermore, it evaluates the role and potential of human rights bodies, peacekeeping missions and the UN Security Council's special compliance system for children and armed conflicts. It also considers how Common Article 1 to the Geneva Conventions and the law of State responsibility could both potentially increase compliance with international humanitarian law. 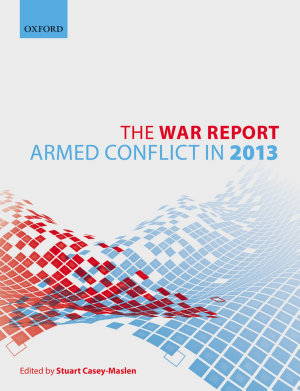 This War Report provides detailed information on every armed conflict which took place during 2013, offering an unprecedented overview of the nature, range, and impact of these conflicts and the legal issues they created. In Part I, the Report describes its criteria for the identification and classification of armed conflicts under international law, and the legal consequences that flow from this classification. It sets out a list of armed conflicts in 2013, categorizing each as international, non-international, or a military occupation, with estimates of civilian and military casualties. In Part II, each of the 28 conflicts identified in Part I are examined in more detail, with an overview of the belligerents, means and methods of warfare, the applicable treaties and rules, and any prosecutions for, investigations into, or robust allegations of war crimes. Part III of the Report provides detailed thematic analysis of key legal developments which arose in the context of these conflicts, allowing for a more in-depth reflection on cross-cutting questions and controversies. The topics under investigation in this Report include US policy on drone strikes, the use of chemical weapons in Syria, the protection of persons with a disability, and national and international war crimes trials. The Report gives a full and accessible overview of armed conflicts in 2013, making it the perfect first port of call for everyone working in the field.