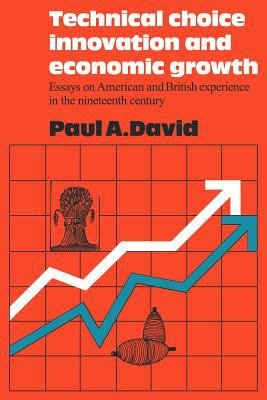 This book deals with technological innovations of the nineteenth century. In a number of self-contained but related essays it treats the salient aspects of technological change that have interested modern economists and economic historians, as well as historians of technology: economically induced invention and innovation, learning by doing in industrial operations, the diffusion of new production techniques, and the bearing of these upon the growth of a society's productivity. The studies are detailed, in the sense that they focus not upon the economy as a whole, but rather upon the experiences of specific industries, branches of manufacturing, and individual productive units such as the mid-Victorial grain farm and the New England cotton textile mill. They attempt to integrate traditional historical methods and materials with a more explicit reliance on economic theorizing and applications of statistical analysis to test hypotheses. 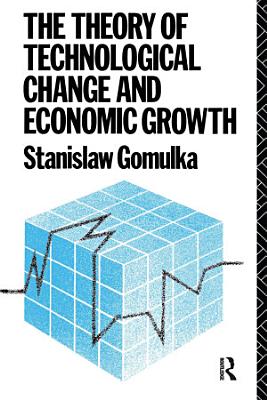 In this wide ranging exposition of the various economic theories of technological change, Stanislaw Gomulka relates them to rates of growth experienced by different economies in both the short and the long term. Analysis of countries as diverse as Japan, the Soviet Union and the United Kingdom demonstrates that there is an interdependence between technological change and the institutional and cultural characteristics of different countries, which can have a profound effect on their rates of growth. All of the major, relevant models are discussed, including those of Kuznets and Phelps, but throughout the emphasis is on the creation of a unified theoretical framework to help explain the impact of technological progress on both a micro and a macro scale. 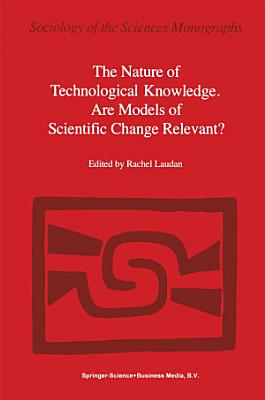 One of the ironies of our time is the sparsity of useful analytic tools for understanding change and development within technology itself. For all the diatribes about the disastrous effects of technology on modern life, for all the equally uncritical paeans to technology as the panacea for human ills, the vociferous pro- and anti-technology movements have failed to illuminate the nature of technology. On a more scholarly level, in the midst of claims by Marxists and non-Marxists alike about the technological underpinnings of the major social and economic changes of the last couple of centuries, and despite advice given to government and industry about managing science and technology by a small army of consultants and policy analysts, technology itself remains locked inside an impenetrable black box, a deus ex machina to be invoked when all other explanations of puzzling social and economic pheoomena fail. The discipline that has probably done most to penetrate that black box in recent years by studying the 1 internal development of technology is history. Historians of technology and certain economic historians have carried out careful and detailed studies on the genesis and impact of technological innovations, and the structu-re of the social systems associated with those innovations. Within the past few decades tentative consensus about the periodization and the major traditions within the history of technology has begun to emerge, at least as far as Britain and America in the eighteenth and nineteenth century are concerned. 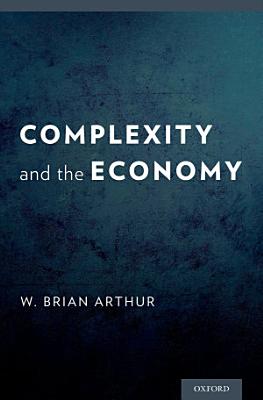 Economics is changing. In the last few years it has generated a number of new approaches. One of the most promising - complexity economics - was pioneered in the 1980s and 1990s by a small team at the Santa Fe Institute. Economist and complexity theorist W. Brian Arthur led that team, and in this book he collects many of his articles on this new approach. The traditional framework sees behavior in the economy as in an equilibrium steady state. People in the economy face well-defined problems and use perfect deductive reasoning to base their actions on. The complexity framework, by contrast, sees the economy as always in process, always changing. People try to make sense of the situations they face using whatever reasoning they have at hand, and together create outcomes they must individually react to anew. The resulting economy is not a well-ordered machine, but a complex evolving system that is imperfect, perpetually constructing itself anew, and brimming with vitality. The new vision complements and widens the standard one, and it helps answer many questions: Why does the stock market show moods and a psychology? Why do high-tech markets tend to lock in to the dominance of one or two very large players? How do economies form, and how do they continually alter in structure over time? The papers collected here were among the first to use evolutionary computation, agent-based modeling, and cognitive psychology. They cover topics as disparate as how markets form out of beliefs; how technology evolves over the long span of time; why systems and bureaucracies get more complicated as they evolve; and how financial crises can be foreseen and prevented in the future. 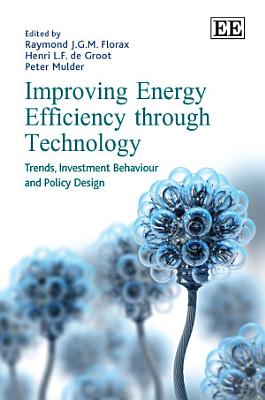 'Increasing energy-efficiency is important because it offers the prospect of partly solving our climate change and energy security problems without pain. This book sheds further light on the issue, focusing on energy-extensive economic activities which, by sheer volume, collectively use a substantial amount of energy. That simple fact alone makes this book worthwhile, but there are many other gems.' Richard Tol, the Economic and Social Research Institute (ESRI), Ireland This innovative book explores the adoption of energy-saving technologies and their impact on energy efficiency improvements. It contains a mix of theoretical and empirical contributions, and combines and compares economic and physical indicators to monitor and analyse trends in energy efficiency. The authors pay considerable attention to empirical research on the determinants of energy-saving investment including uncertainty, energy-price volatility and subsidies. They also discuss the role of energy modelling in policy design and the potential effect of energy policies on technology diffusion in energy-extensive sectors. Written from a multi-disciplinary perspective, this book will appeal to academics and graduates in the areas of energy-saving technologies, energy economics and natural resource economics, as well as policy-makers particularly those in energy policy. 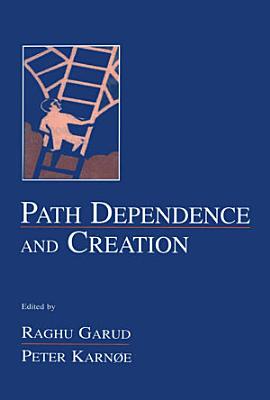 The editors, aware of the recent work in evolutionary theory and the science of chaos and complexity, challenge the sometimes deterministic flavor of this subject. They are interested in uncovering the place of agency in these theories that take history so seriously. In the end, they are as interested in path creation and destruction as they are in path dependence. This book is compiled of both theoretical and empirical writings. It shows relatively well-known industries, such as the automobile, biotechnology, and semi-conductor industries in a new light. It also invites the reader to learn more about medical practices, wind power, lasers, and synthesizers. Primarily written for academicians, researchers, and Ph.D. students in fields related to technology management, this book is research-oriented and will appeal to all managers. 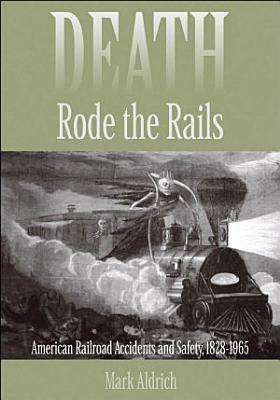 For most of the 19th and much of the 20th centuries, railroads dominated American transportation. They transformed life and captured the imagination. Yet by 1907 railroads had also become the largest cause of violent death in the country, that year claiming the lives of nearly twelve thousand passengers, workers, and others. In Death Rode the Rails Mark Aldrich explores the evolution of railroad safety in the United States by examining a variety of incidents: spectacular train wrecks, smaller accidents in shops and yards that devastated the lives of workers and their families, and the deaths of thousands of women and children killed while walking on or crossing the street-grade tracks. The evolution of railroad safety, Aldrich argues, involved the interplay of market forces, science and technology, and legal and public pressures. He considers the railroad as a system in its entirety: operational realities, technical constraints, economic history, internal politics, and labor management. Aldrich shows that economics initially encouraged American carriers to build and operate cheap and dangerous lines. Only over time did the trade-off between safety and outputâ€”shaped by labor markets and public policyâ€”motivate carriers to develop technological improvements that enhanced both productivity and safety. A fascinating account of one of America's most important industries and its dangers, Death Rode the Rails will appeal to scholars of economics and the history of transportation, technology, labor, regulation, safety, and business, as well as to railroad enthusiasts. 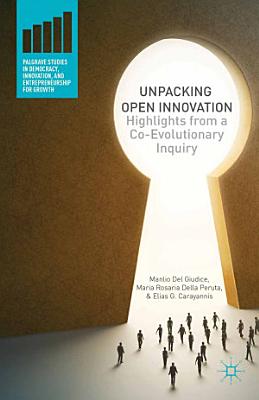 Disintegrated or distributed innovation, collaborative innovation, collective invention, collegial innovation, free innovation, open knowledge disclosure, free knowledge disclosure: are these all the same thing? This shows us there is some confusion regarding open innovation, or at least there is a need to cast a wider net around what open innovation is all about. The prevailing thought is that open innovation allows organizations to simultaneously expand their breadth of ideas, opportunities, and know-how while minimizing the technical and market risks associated with innovation. As a result, open innovation appears to come with little down side. Del Giudice, Della Peruta, and Carayannis fill the gap in our understanding of this emerging research field of open innovation. Their work depicts the major tendencies of publications through identifying the main themes in literature and investigating the research frontier. It also discusses potentially important fields of investigation that are still left rather unexplored. 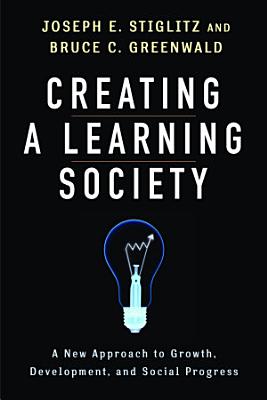 It has long been recognized that an improved standard of living results from advances in technology, not from the accumulation of capital. It has also become clear that what truly separates developed from less-developed countries is not just a gap in resources or output but a gap in knowledge. In fact, the pace at which developing countries grow is largely a function of the pace at which they close that gap. Thus, to understand how countries grow and develop, it is essential to know how they learn and become more productive and what government can do to promote learning. In Creating a Learning Society, Joseph E. Stiglitz and Bruce C. Greenwald cast light on the significance of this insight for economic theory and policy. Taking as a starting point Kenneth J. Arrow's 1962 paper "Learning by Doing," they explain why the production of knowledge differs from that of other goods and why market economies alone typically do not produce and transmit knowledge efficiently. Closing knowledge gaps and helping laggards learn are central to growth and development. But creating a learning society is equally crucial if we are to sustain improved living standards in advanced countries. Combining accessible prose with technical economic analysis, Stiglitz and Greenwald provide new models of "endogenous growth," up-ending thowhe thinking about both domestic and global policy and trade regimes. They show well-designed government trade and industrial policies can help create a learning society, and how poorly designed intellectual property regimes can retard learning. They also explain how virtually every government policy has effects, both positive and negative, on learning, a fact that policymakers must recognize. They demonstrate why many standard policy prescriptions, especially those associated with "neoliberal" doctrines focusing on static resource allocations, have impeded learning. Among the provocative implications are that free trade may lead to stagnation whereas broad-based industrial protection and exchange rate interventions may bring benefits—not just to the industrial sector, but to the entire economy. The volume concludes with brief commentaries from Philippe Aghion and Michael Woodford, as well as from Nobel Laureates Kenneth J. Arrow and Robert M. Solow. 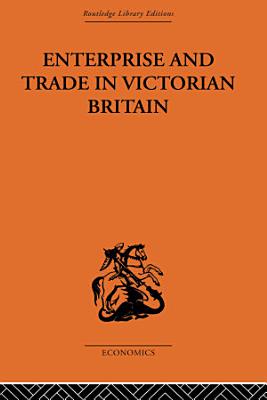 The essays in this book focus on the controversies concerning Britain's economic performance between the mid-nineteenth century and the First World War. The overriding theme is that Britain's own resources were consistently more productive, more resilient and more successful than is normally assumed. And if the economy's achievement was considerable, the influence on it of external factors (trade, international competition, policy) were much less significant than is normally supposed. The book is structured as follows: Part One: The Method of Historical Economics Part Two: Enterprise in Late Victorian Britain Part Three: Britain in the World Economy, 1846-1913.