This book traces the evolution of a new independence of thought displayed by the Australian government towards foreign policy, and in particular towards its relations with Indonesia, after the Second World War. During the period 1901-1941 two distinct ideologies had formed over Australian strategic policies: pro-Imperial and self reliance. The Second World War challenged previously sacrosanct expectations regarding Australia's military relationship with the United Kingdom. With the Fall of Singapore in 1942 Australia was forced to contemplate the implications of national selfdefence and its own regional interests. Shaped by the experiences of war, alternative foreign and strategic policies were explored that challenged previous assumptions. The emergence of widespread Indonesian nationalism after the Second World War meant that the possible regional security benefits of Dutch rule in the Netherlands East Indies (NEI) diminished. Yet Dutch failure to provide security against Japanese aggression during the Second World War was exacerbated by their post-war misjudgements and inflexibility toward the Indonesian Republicans. These two factors greatly influenced Australian post-war policies toward the NEI. From an initial position of concerned neutrality, the Chifley government shifted to supporting the Indonesian nationalists. This new independence of thought was shaped by the failure of the pro-Imperial ideal in 1942, diplomatic reconstruction (1942-1945) and a post-war ambition of middle power diplomacy through the United Nations. This book is based on Adam's MA Hons thesis at Macquarie University, Sydney. Based at the Research School of Social Sciences (Department of History) at the Australian National University, Canberra, he is currently researching Australian foreign debates and attitudes in the 1950s and 1960s. 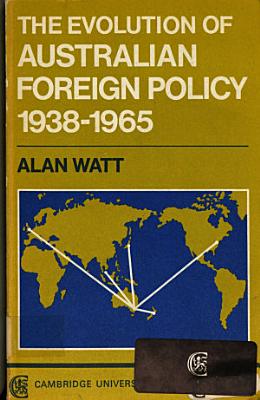 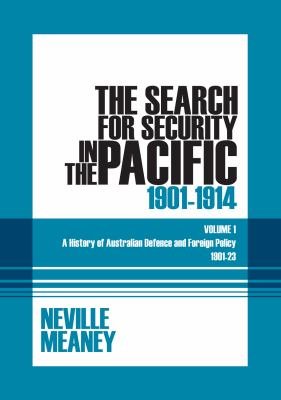 First published in 1976, The Search for Security in the Pacific 1901-1914 is the first volume in a pioneering two-volume history of Australia's relations with the world, from the founding of the Commonwealth to the Great War and its immediate aftermath. This book is based on wide-ranging research in collections of personal and official papers in Australia, Britain, the United States and Canada and offers original insights into Australia's political culture. In taking the story up to the outbreak of the European conflict it shows the great impact that the looming presence of East Asia had on Australia's perception of the world and on the evolution of a distinctive defence and foreign policy. 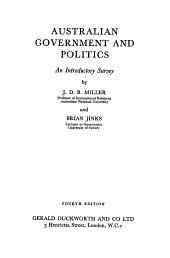