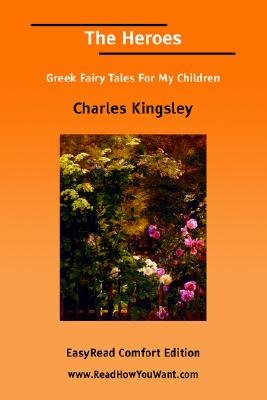 A delightful collection of old Greek myths and legends. Kingsley's first book for children, it discusses various aspects of natural history along with the myths. Captivating! 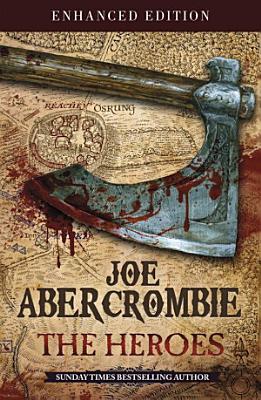 This enhanced eBook contains: # An introduction from Joe Abercrombie # The full text of THE HEROES # THE HEROES Audio edition # A critical afterword from the editor Plus: # THE FOOL JOBS short story, featuring characters from THE HEROES # A 20,000 word 'planning' document which contains all of Joe's behind-the-scenes notes, plans and timeline for THE HEROES # A before-and-after chapter showing the first draft, the last draft, and many stages in between if one of the most critical chapters of the book # A full behind-the-scenes interview with Joe Abercrombie covering the writing process, the importance of maps, the genesis of and influences on the novel, the six main characters and their story arcs, and the cover . . . amongst other things! # 'Blog archive' - all of Joe's blog posts from the period when he was writing THE HEROES. This is half-diary, half book progress updates, and includes illustrations, links to interviews, events, award ceremonies and reviews of games and books from Joe as well as incidents from his life # Cover file: view the several elements of the cover in all their final and rough stages, plus the different stages the cover itself went though during the design process. Comes with commentary from Joe Abercrombie, Dave Senior, Didier Graffet and Laura Brett - teh design team that won a publically-voted design award for the cover of BEST SERVED COLD # A full author biography, and an author photo gallery 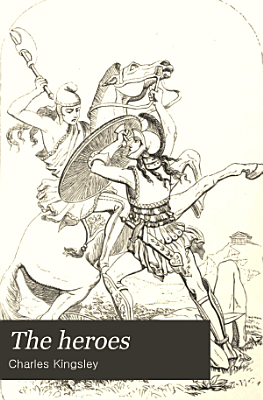 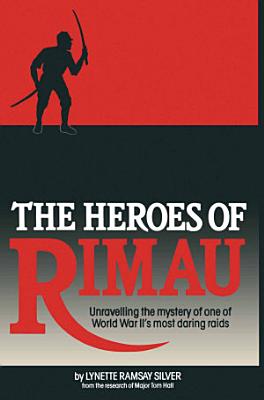 On September 11, 1944, the British submarine "Porpoise" slipped quietly from Fremantle Harbour, bound for Indonesia. It was carrying the 23 Australian and British members of Operation Rimau who, under the leadership of the remarkable Lieutenant-Colonel Ivan Lyon of the Gordon Highlanders, intended to repeat the successful Jaywick raid of 1943 by blowing up 60 ships in Japanese-occupied Singapore Harbour, 19 days later, the preliminary part of the operation successfully completed, the submarine commander bade farewell to the raiders at Pedjantan Island, promising to return to pick them up in 38 days' time. A handful of Chinese and Malays and the conquering Japanese were the only people ever to see the 23 men again. According to the scant official post-war record, the mission was an utter failure. All of the party were captured of killed - ten of them beheaded in Singapore only five weeks before the Japanese surrender in, it was claimed, a ceremonial execution. The fate of eleven of the others remains officially unknown. After a 31 year search, Major Tom Hall, with the assistance of writer Lynette Silver, has overturned the official version and uncovered the truth. Aided by thousands of Japanese and Allied documents and by the first-hand accounts of several Indonesians and Malays, sole witnesses to the events of 1944, they have established the fate of every member of the party and unravelled the story of "The Heroes of Rimau" - a story that has for 45 years been all but lost, distorted by hearsay and fantasy, by military cover-ups and conspiracy, by official bungling, ineptitude and apathy. This book not only chronicles a feat of extraordinary daring in the face of overwhelming odds - a gripping tale of inspired courage, self-sacrifice and eventual tragedy - it also exposes the appalling sequence of events which has, until now, resulted in the shameful suppression of the truth about one of the most amazing stories to emerge from World War II. 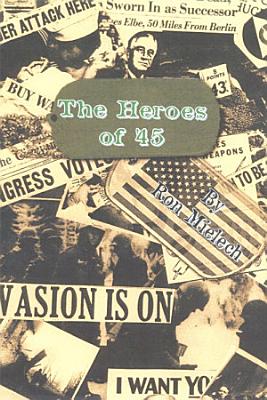 The Heroes of ‘45 by Ron Mielech The Heroes of ‘45 by Ron Mielech is an enchanting tale of historical fiction; however, this could very easily be a story told about life in a small Kentucky town during the war. The action takes place in 1945, following thirteen-year-old Richard Townsend. During the war, Richard’s father, C.F., continues his legal practice on the home front, while others of Richard’s family and friends are serving their country at war. Richard is pleased that his father is safe but is disappointed that he has not served in the military. Richard could not possibly have known at the beginning of summer how much his life would change. Through a course of events that took place by summer’s end, he would realize that you don’t have to fight a war to be a hero. He witnessed the heroic acts of others, including his father. Once he realized all of the truly good things his father did for others, he was proud to follow in his footsteps. And then, came the end of the war and life went on and the past gave way to the future. 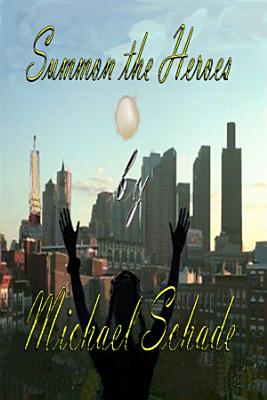 As Valusha, Kokoro, the princess of Candrah, wandered the Anchorage without regard for anyone but herself. All that changed on her wedding day when an exile, a former general from the prison world Nemesis, Shikisha Shippai, attacked. Forced through a unstable space-time portal, she crashed onto Akamon, the world below, a millenia later. Her first discovery, a prophecy that declared that she would die if she sought to rule. So she hid. She lived a lie about who she was unaware that a delicate balance broke the day she vanished. One that had to be restored soon or total destruction would fall on both worlds. So with her immortal father, her friend Naiusa and an unlikely ally Tolaris, she begins the journey of restoration. One that changes everyone it meets, and everything it touches. For without the heroes of old, the Yatsarim, there is only dark failure. It is time to Summon the Heroes! 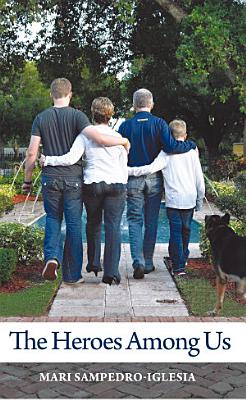 Mari and Jose seemed to have it all: two beautiful sons, successful careers, and, above all, happiness and good health. On April 13, 2010, though, their world collapsed when Jose was diagnosed with stage 4 head and neck cancer. Cancer does not discriminate against any one creed, race, or ethnicity. The road to recovery is exhausting and can sometimes destroy a family-or bring them closer together. This is the story of how, instead of allowing this disease to destroy them, one family used it as a lesson in faith and a testament to the heroes that carried them through this life-changing challenge. "The Heroes among Us" is a true story that pays tribute to the heroes among us that are sometimes not acknowledged. As you read the book, you too will be moved by all that can be accomplished with faith, hope, and love! As you read this book, remember that although author Mari Sampedro-Iglesia takes you through her journey, it is not her journey or her ending that is important. What is important is getting through the journey, wherever its roads may lead, with faith, hope, and love. Although it is Mari's hope that her husband lives to be 101, that is not what is important. What is important and tantamount to this story is that a terrible disease may be survived with the people that carry us through it-our heroes. 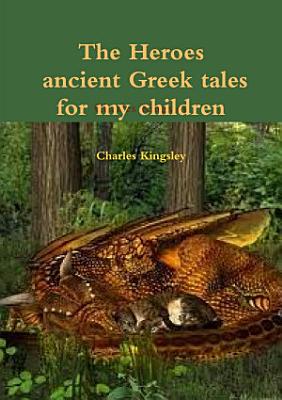 The heroes - inspiration for my generation and all others. Excitement and insight for children of all ages in Kingsley's masterly reselling s 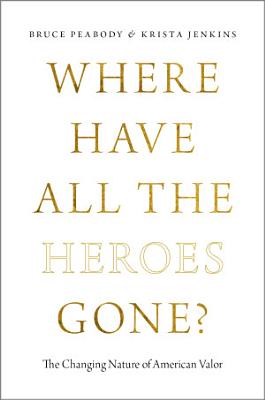 From the men and women associated with the American Revolution and Civil War to the seminal figures in the struggles for civil and women's rights, Americans have been fascinated with icons of great achievement, or at least reputation. But who spins today's narratives about American heroism, and to what end? In Where Have All the Heroes Gone?, Bruce Peabody and Krista Jenkins draw on the concept of the American hero to show an important gap between the views of political and media elites and the attitudes of the mass public. The authors contend that important changes over the past half century, including the increasing scope of new media and people's deepening political distrust, have drawn both politicians and producers of media content to the hero meme. However, popular reaction to this turn to heroism has been largely skeptical. As a result, the conversations and judgments of ordinary Americans, government officials, and media elites are often deeply divergent. Investigating the story of American heroes over the past five decades provides a narrative that can teach us about such issues as political socialization, institutional trust, and political communication. 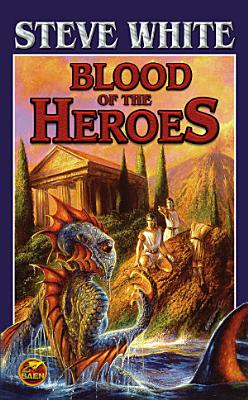 Jason Thanou of the Temporal Regulatory Authority had about had it with nursemaiding parties of ivory-tower academics through Earth's blood-drenched history, keeping them alive as they sought evidence for their pet theories. Of course, when one of the ivory-tower academics looked like Doctor Deirdre Sadaka-Ramirez, one last expedition didn't look like such a bad idea after all... Besides, there was something to be said for witnessing the Santorini explosion of 1628 B.C.¾the most cataclysmic natural disaster of human history, and the source of much of the mythology of Jason's own Greek ancestors. But once Jason and his companions were in the Aegean Bronze Age, unable to return to their own twenty-fourth-century time until a predetermined instant, they would find that there was more to those old legends of gods and heroes than anyone had imagined. For the gods were very real¾horribly so. And dealing with them took very real heroes. At the publisher's request, this title is sold without DRM (Digital Rights Management).