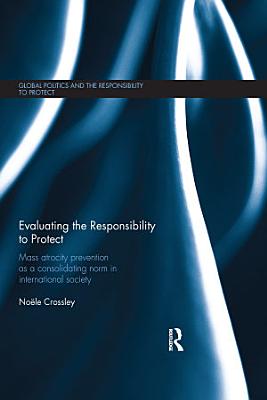 This book evaluates the extent to which the Responsibility to Protect (R2P) has consolidated as a norm in international society. A consolidated norm in international society is defined here as a regularised pattern of behaviour that is widely accepted as appropriate within a given social context. The analysis is based on the assumption that the R2P could be regarded as a consolidated norm if it were applied consistently when genocide and other mass atrocities occur; and if international responses routinely conformed to the core principles inherent in the R2P: seeking government consent, multilateralism, prevention and regionalism. This book employs Finnemore and Sikkink’s norm lifecycle model to determine the putative norm’s degree of consolidation, with in-depth case studies of the international responses to crises in Darfur and Kenya serving to illuminate the findings. It advances the argument that, whilst the R2P had fully emerged as a prospective norm by 2005, it has not yet fully consolidated as an international norm. The R2P has been remarkably successful at pervading the international discourse but has been somewhat less successful at consistency in implementation in terms of adherence to its core principles as outlined above (the qualitative dimension of the R2P). Furthermore, it has been least successful, to date, in terms of consistency across cases in terms of resolve and tenacity. The volume concludes with a reflection on the norm's progress so far, and its prospects for further consolidation, assuming the R2P continues on its current trajectory. This book will be of much interest to students of the Responsibility to Protect, humanitarian intervention, international law, security studies and IR. 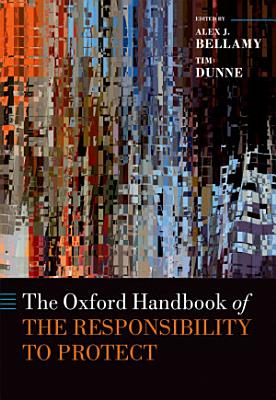 The Responsibility to Protect (R2P) is intended to provide an effective framework for responding to crimes of genocide, ethnic cleansing, war crimes, and crimes against humanity. It is a response to the many conscious-shocking cases where atrocities - on the worst scale - have occurred even during the post 1945 period when the United Nations was built to save us all from the scourge of genocide. The R2P concept accords to sovereign states and international institutions a responsibility to assist peoples who are at risk - or experiencing - the worst atrocities. R2P maintains that collective action should be taken by members of the United Nations to prevent or halt such gross violations of basic human rights. This Handbook, containing contributions from leading theorists, and practitioners (including former foreign ministers and special advisors), examines the progress that has been made in the last 10 years; it also looks forward to likely developments in the next decade. 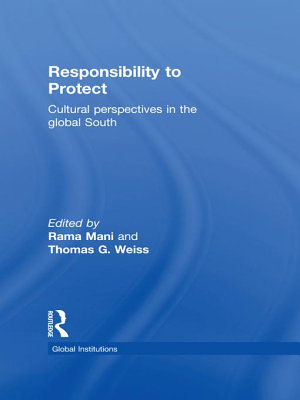 This volume explores in a novel and challenging way the emerging norm of the Responsibility to Protect (R2P), initially adopted by the United Nations World Summit in 2005 following significant debate throughout the preceding decade. This work seeks to uncover whether this norm and its founding values have resonance and grounding within diverse cultures and within the experiences of societies that have directly been torn apart by mass atrocity crimes. The contributors to this collection analyze the responsibility to protect through multiple disciplines—philosophy, religion and spirituality, anthropology, and aesthetics in addition to international relations and law—to explore what light alternative perspectives outside of political science and international relations shed upon this emerging norm. In each case, the disciplinary analysis emanates from the global South and from scholars located within countries that experienced violent political upheaval. Hence, they draw upon not only theory but also the first-hand experience with conscience-shocking crimes. Their retrospective and prospective analyses could and should help shape the future implementation of R2P in accordance with insights from vastly different contexts. Offering a cutting edge contribution to thinking in the area, this is essential reading for all those with an interest in humanitarian intervention, peace and conflict studies, critical security studies and peacebuilding. 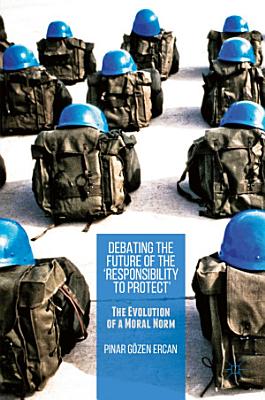 This study examines the relevance of the Responsibility to Protect (R2P) in responding to humanitarian challenges across the world. In proposing a number of revisionist alternatives, Ercan proposes a way forward for R2P, particularly regarding its Second and Third Pillars. Despite the debate shifting from a right to intervene towards a responsibility to protect, the conceptual and systemic limitations imposed on R2P via its institutionalisation have hampered its ability to consolidate change. In light of this, Ercan argues that R2P cannot make a positive contribution towards changing the international system without first being equipped with new powers. 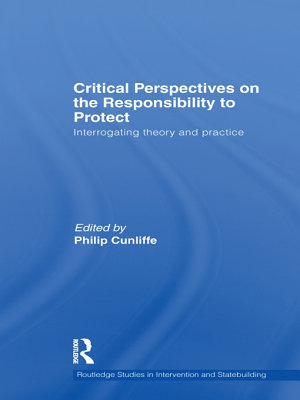 This edited volume critically examines the widely supported doctrine of the 'Responsibility to Protect', and investigates the claim that it embodies progressive values in international politics. Since the United Nations World Summit of 2005, a remarkable consensus has emerged in support of the doctrine of the ‘responsibility to protect’ (R2P) – the idea that states and the international community bear a joint duty to protect peoples around the world from mass atrocities. While there has been plenty of discussion over how this doctrine can best be implemented, there has been no systematic criticism of the principles underlying R2P. This volume is the first critically to interrogate both the theoretical principles and the policy consequences of this doctrine. The authors in this collection argue that the doctrine of R2P does not in fact embody progressive values, and they explore the possibility that the R2P may undermine political accountability within states and international peace between them. This volume not only advances a novel set of arguments, but will also spur debate by offering views that are seldom heard in discussions of R2P. The aim of the volume is to bring a range of criticisms to bear from a variety of disciplinary perspectives, including international law, political science, IR theory and security studies. This book will be of much interest to students of the Responsibility to Protect, humanitarian intervention, human security, critical security studies and IR in general. 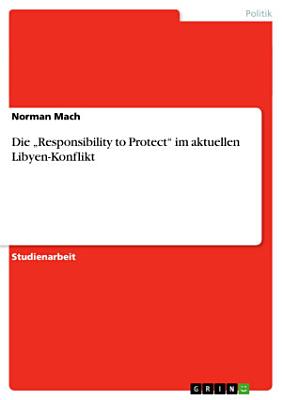 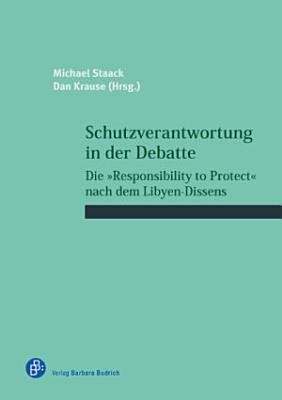 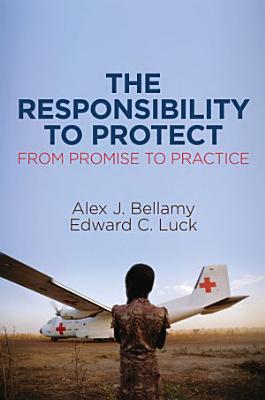 In 2005, the international community made a landmark commitment to prevent mass atrocities by unanimously adopting the UN’s “Responsibility to Protect” (R2P) principle. As often as not, however, R2P has failed to translate into decisive action. Why does this gap persist between the world’s normative pledges to R2P and its ability to make it a daily lived reality? In this new book, leading global authorities on humanitarian protection Alex Bellamy and Edward Luck offer a probing and in-depth response to this fundamental question, calling for a more comprehensive approach to the practice of R2P – one that moves beyond states and the UN to include the full range of actors that play a role in protecting vulnerable populations. Drawing on cases from the Middle East to sub-Saharan Africa and Southeast Asia, they examine the forces and conditions that produce atrocity crimes and the challenge of responding to them quickly and effectively. Ultimately, they advocate both for emergency policies to temporarily stop carnage and for policies leading to sustainable change within societies and governments. Only by introducing these additional elements to the R2P toolkit will the failures associated with humanitarian crises like Syria and Libya become a thing of the past. 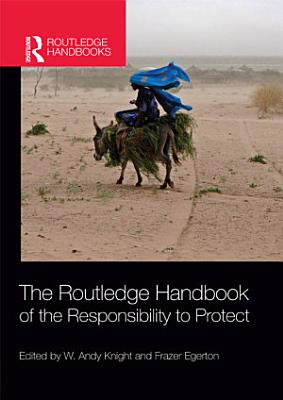 This Handbook offers a comprehensive examination of the Responsibility to Protect norm in world politics, which aims to end mass atrocities against civilians. The Responsibility to Protect (R2P) is amongst the most significant norms in global politics. As the authoritative guide to R2P, this edited volume gathers together the most respected and insightful voices to address key issues related to this emerging norm. The contributing authors do this over the course of three parts: Part I: The Concept of R2P Part II: Developing and Operationalising R2P Part III: The view from Over Here This book will be of much interest to students of R2P, humanitarian intervention, genocide, human rights, international law, peace studies, international organisations, security studies and IR. 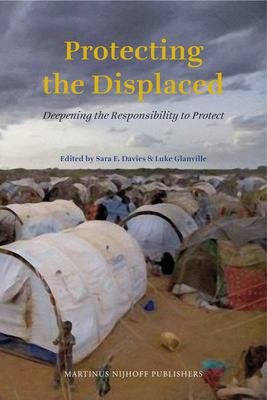 This edited collection has sought contributions from some of the foremost scholars of refugee and Internally Displaced Persons (IDP) studies to engage with the conceptual and practical difficulties entailed in realising how the Responsibility to Protect (R2P) can be fulfilled by states and the international community to protect vulnerable persons. Contributors to this book were given one theme: to consider, based on their experience and knowledge, how R2P may be aligned with the protection of the displaced. Contributions explore the history and progress so far in aligning R2P with refugee and IDP protection, as well as examining the conceptual and practical issues that arise when attempting to expand R2P from words into deeds.