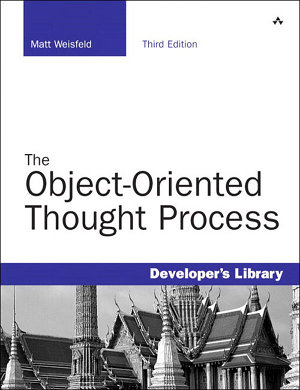 The Object-Oriented Thought Process Third Edition Matt Weisfeld An introduction to object-oriented concepts for developers looking to master modern application practices. Object-oriented programming (OOP) is the foundation of modern programming languages, including C++, Java, C#, and Visual Basic .NET. By designing with objects rather than treating the code and data as separate entities, OOP allows objects to fully utilize other objects’ services as well as inherit their functionality. OOP promotes code portability and reuse, but requires a shift in thinking to be fully understood. Before jumping into the world of object-oriented programming languages, you must first master The Object-Oriented Thought Process. Written by a developer for developers who want to make the leap to object-oriented technologies as well as managers who simply want to understand what they are managing, The Object-Oriented Thought Process provides a solution-oriented approach to object-oriented programming. Readers will learn to understand object-oriented design with inheritance or composition, object aggregation and association, and the difference between interfaces and implementations. Readers will also become more efficient and better thinkers in terms of object-oriented development. This revised edition focuses on interoperability across various technologies, primarily using XML as the communication mechanism. A more detailed focus is placed on how business objects operate over networks, including client/server architectures and web services. “Programmers who aim to create high quality software–as all programmers should–must learn the varied subtleties of the familiar yet not so familiar beasts called objects and classes. Doing so entails careful study of books such as Matt Weisfeld’s The Object-Oriented Thought Process.” –Bill McCarty, author of Java Distributed Objects, and Object-Oriented Design in Java Matt Weisfeld is an associate professor in business and technology at Cuyahoga Community College in Cleveland, Ohio. He has more than 20 years of experience as a professional software developer, project manager, and corporate trainer using C++, Smalltalk, .NET, and Java. He holds a BS in systems analysis, an MS in computer science, and an MBA in project management. Weisfeld has published many articles in major computer trade magazines and professional journals. 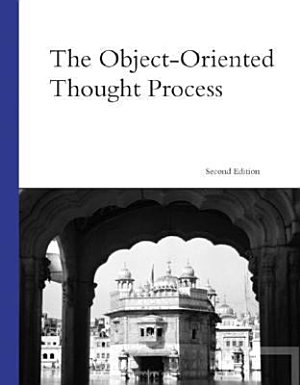 A new edition of this title is available, ISBN-10: 0672330164 ISBN-13: 9780672330162 The Object-Oriented Thought Process, Second Edition will lay the foundation in object-oriented concepts and then explain how various object technologies are used. Author Matt Weisfeld introduces object-oriented concepts, then covers abstraction, public and private classes, reusing code, and devloping frameworks. Later chapters cover building objects that work with XML, databases, and distributed systems (including EJBs, .NET, Web Services and more).Throughout the book Matt uses UML, the standard language for modeling objects, to provide illustration and examples of each concept.

Object-oriented programming (OOP) is the foundation of modern programming languages, including C++, Java, C#, Visual Basic .NET, Ruby, Objective-C, and Swift. Objects also form the basis for many web technologies such as JavaScript, Python, and PHP. It is of vital importance to learn the fundamental concepts of object orientation before starting to use object-oriented development environments. OOP promotes good design practices, code portability, and reuse-but it requires a shift in thinking to be fully understood. Programmers new to OOP should resist the temptation to jump directly into a particular programming language or a modeling language, and instead first take the time to learn what author Matt Weisfeld calls "the object-oriented thought process." Written by a developer for developers who want to improve their understanding of object-oriented technologies, The Object-Oriented Thought Process provides a solutions-oriented approach to object-oriented programming. Readers will learn to understand the proper uses of inheritance and composition, the difference between aggregation and association, and the important distinction between interfaces and implementations. While programming technologies have been changing and evolving over the years, object-oriented concepts remain a constant-no matter what the platform. This revised edition focuses on the OOP technologies that have survived the past 20 years and remain at its core, with new and expanded coverage of design patterns, avoiding dependencies, and the SOLID principles to help make software designs understandable, flexible, and maintainable. 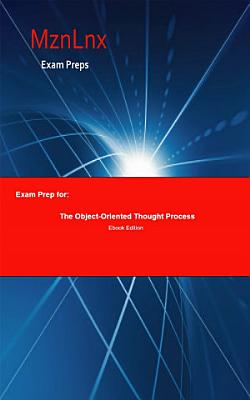 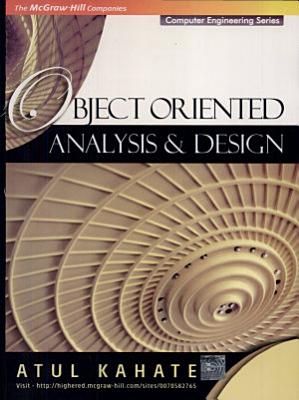 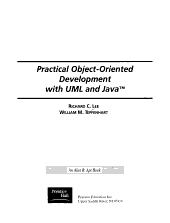 This practical book tells readers how to actually build object-oriented models using UML notation, and how to implement these models using Java. The authors introduce all of the basic fundamentals necessary to start applying and understanding the object-oriented paradigm without having to be an expert in computer science or advanced mathematics. It can help the reader to make the right decisions to meet their individual business needs. Using cases, recommended approach scenarios, and examples, this clearly-written book covers a multitude of topics: managing complexity, principles of Object-Orientation, specification models, current techniques, behaviors, relationships, rules, design, Java background and fundamentals, multi-tasking, JAR files, security, Swing Applets, class and interface, internationalization, and implementing generalization and specialization. For professional software analysts and developers who work on large systems, and others in the field of computer science. 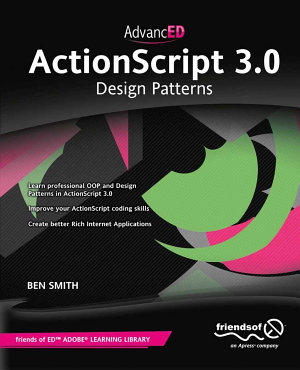 AdvancED ActionScript 3.0 is a fresh look and new approach to utilizing valuable, structural techniques and methods that are commonly used in the field of rich interactive application development. With each method broken down into different strategized explanations, you'll find the approach most suitable for you. Whether it is an example you can utilize as-is, or one you can start with and develop further, you will have a glossary of definitions and organizational concepts at your fingertips. Object-oriented programming (OOP) and design patterns are not new to the field, but can often be overlooked in their value. They are, at times, not only overwhelming to learn, but difficult to put into practice. However, they are useful because they create a structure that can be broken down, rebuilt, and reused. Provides the building blocks required for the implementation of OOP Addresses problems and concerns regarding OOP Offers solutions on how to approach and utilize OOP 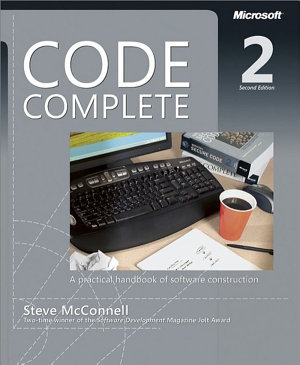 Widely considered one of the best practical guides to programming, Steve McConnell’s original CODE COMPLETE has been helping developers write better software for more than a decade. Now this classic book has been fully updated and revised with leading-edge practices—and hundreds of new code samples—illustrating the art and science of software construction. Capturing the body of knowledge available from research, academia, and everyday commercial practice, McConnell synthesizes the most effective techniques and must-know principles into clear, pragmatic guidance. No matter what your experience level, development environment, or project size, this book will inform and stimulate your thinking—and help you build the highest quality code. Discover the timeless techniques and strategies that help you: Design for minimum complexity and maximum creativity Reap the benefits of collaborative development Apply defensive programming techniques to reduce and flush out errors Exploit opportunities to refactor—or evolve—code, and do it safely Use construction practices that are right-weight for your project Debug problems quickly and effectively Resolve critical construction issues early and correctly Build quality into the beginning, middle, and end of your project 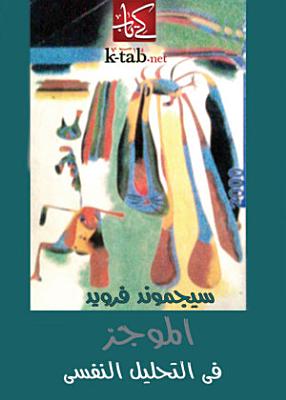