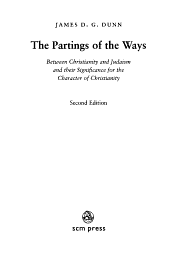 A unique study of the development of Christianity's divergence from Judaism that is most relevant to today's students of multi-faith societies. 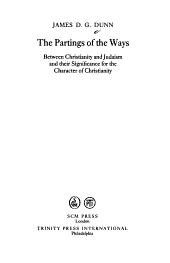 Based on lectures delivered in Rome, 1990. Pp. 140-162, "The Israel of God, " analyze passages in the New Testament generally considered as anti-Jewish, interpreting them as part of an "intra-Jewish factional dispute." 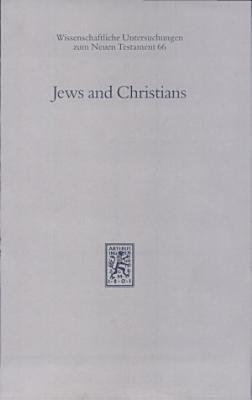 Ways / Graham N. Stanton -- A note on the textual evidence for the omission of Matthew 9:34 / J. Neville Birdsall -- "In Him was life" : John's Gospel and the parting of the ways / John McHugh -- Das Christusbild der Paulus-Schule : eine Skizze / Peter Stuhlmacher -- The question of anti-semitism in the New Testament writings of the period / James D. G. Dunn -- The parting of the ways : the evidence of Jewish and Christian apocalyptic and mystical material / Christopher Rowlan.

How did the early Christian movement, which began among Jewish people and in close association with the Jewish temple and synagogues of the first century, develop into a predominantly Gentile movement by the end of the first century? Was this "parting of the ways" spurred by internal tensions within the Christian church, socio-political factors in the Roman city of Antioch, or growing hostility from the larger Jewish community? In Ignatius of Antioch and the Parting of the Ways, Thomas A. Robinson addresses this intriguing historical question by taking a careful look at the writings of one of the few Christian writers who wrote about this parting firsthand Ignatius, the Bishop of Antioch, who was martyred in the early years of the second century. Through a careful examination of the historical and sociological setting of first-century Antioch, Robinson sifts the testimony of this church father on issues such as the nature of Christian conversion at Antioch, the sources of Jewish-Christian tensions in that city and in the broader Roman world, and the development of the terms "Christian" and "Christianity." Assessing a number of current theories about the nature of the Jewish-Christian parting, Robinson stresses the importance of hearing the voice of Ignatius himself on these questions. This is an excellent resource for anyone interested in the early days of Christianity and in Jewish-Christian relations. 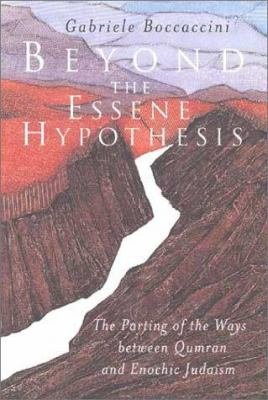 Convincingly argued, this work will surely spark fresh debate in the discussion on the Qumran community and the famous Dead Sea Scrolls.

Focused studies on the historical interactions and formations of Judaism and Christianity This volume of essays, from an internationally renowned group of scholars, challenges popular ways of understanding how Judaism and Christianity came to be separate religions in antiquity. Essays in the volume reject the belief that there was one parting at an early point in time and contest the argument that there was no parting until a very late date. The resulting volume presents a complex account of the numerous ways partings occurred across the ancient Mediterranean spanning the first four centuries CE. Features: Case studies that explore how Jews and Christians engaged in interaction, conflict, and collaboration Examinations of the gospels, Paul’s letters, the book of James, as well as rabbinic and noncanonical Christian texts New evidence for historical reconstructions of how Christianity came on the world scene 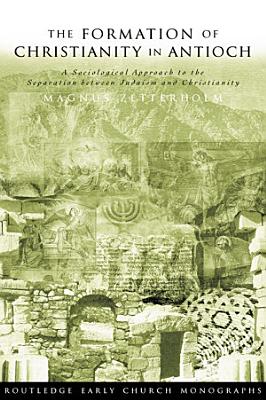 Magnus Zetterholm uses theoretical insights from the social sciences to deal with the complex issues raised by the parting of Judaism and Christianity, and the accompanying rise of Christian anti-Semitism in ancient Antioch. Unlike previous attempts to solve this problem have focused mainly on ideology, Zetterholm's excellent study emphasizes the interplay between sociological and ideological elements. For students of religious studies, classical studies, history and social science, this will give leverage and knowledge in the pursuit of their course studies.

Traditional scholarship on the history of Jewish/Christian relations has been largely based on the assumption that Judaism and Christianity were shaped by a definitive 'Parting of the Ways'. According to this model, the two religions institutionalized their differences by the second century and, thereafter, developed in relative isolation from one another, interacting mainly through polemical conflict and mutual misperception.This volume grows out of a joint Princeton-Oxford project dedicated to exploring the limits of the traditional model and to charting new directions for future research. Drawing on the expertise of scholars of both Jewish Studies and Patristics, it offers an interdisciplinary perspective on the interaction between Jews and Christians between the Bar Kokhba Revolt and the rise of Islam. The contributors question the conventional wisdom concerning the formation of religious identity, the interpenetration of Jewish and Christian traditions, the fate of 'Jewish-Christianity', and the nature of religious polemics in Late Antiquity and the early Middle Ages. By moving beyond traditional assumptions about the essential differences between Judaism and Christianity, this volume thus attempts to open the way for a more nuanced understanding of the history of these two religions and the constantly changing yet always meaningful relationship between them. 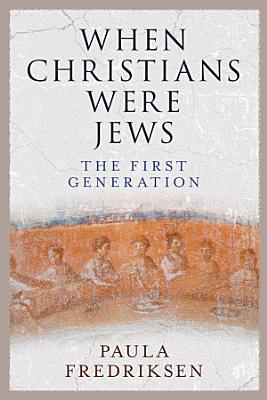 A compelling account of Christianity’s Jewish beginnings, from one of the world’s leading scholars of ancient religion How did a group of charismatic, apocalyptic Jewish missionaries, working to prepare their world for the impending realization of God's promises to Israel, end up inaugurating a movement that would grow into the gentile church? Committed to Jesus’s prophecy—“The Kingdom of God is at hand!”—they were, in their own eyes, history's last generation. But in history's eyes, they became the first Christians. In this electrifying social and intellectual history, Paula Fredriksen answers this question by reconstructing the life of the earliest Jerusalem community. As her account arcs from this group’s hopeful celebration of Passover with Jesus, through their bitter controversies that fragmented the movement’s midcentury missions, to the city’s fiery end in the Roman destruction of Jerusalem, she brings this vibrant apostolic community to life. Fredriksen offers a vivid portrait both of this temple-centered messianic movement and of the bedrock convictions that animated and sustained it. 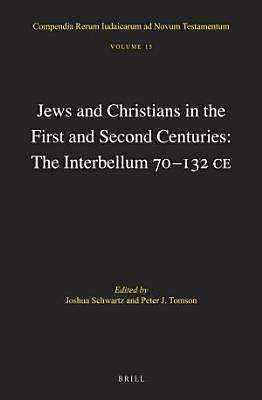 This volume discusses crucial aspects of the period between the two revolts against Rome in Judaea. This period saw the rise of rabbinic Judaism and the beginning of the split between Judaism and Christianity.