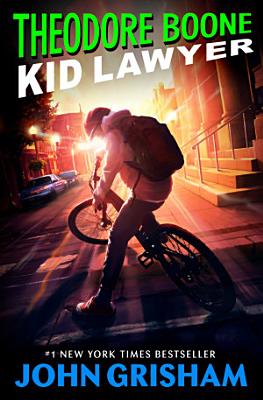 The thrilling young mystery series from internationally bestselling author John Grisham! In the small city of Strattenburg, there are many lawyers, and though he’s only thirteen years old, Theo Boone thinks he’s one of them. Theo knows every judge, policeman, court clerk—and a lot about the law. He dreams of being a great trial lawyer, of a life in the courtroom. But Theo finds himself in court much sooner than expected. Because he knows so much—maybe too much—he is suddenly dragged into the middle of a sensational murder trial. A cold-blooded killer is about to go free, and only Theo knows the truth. The stakes are high, but Theo won’t stop until justice is served. 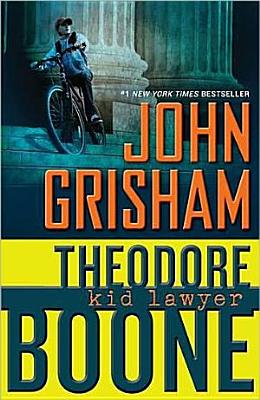 In the small city of Strattenburg, there are many lawyers, and though he's only thirteen years old, Theo Boone thinks he's one of them. Theo knows every judge, policeman, court clerkÑand a lot about the law. He dreams of a life in the courtroom. But he finds himself in court much sooner than expected. Because he knows so muchÑmaybe too muchÑhe is suddenly dragged into the middle of a sensational murder trial. A cold-blooded killer is about to go free, and only Theo knows the truth. The stakes are high, but Theo won't stop until justice is served. From School Library Journal Grade 6–8— While the ending may be anticlimactic, Grisham brings to his crossover bid the lapidary prose and frank insider's view of this country's legal system that makes his adult best sellers so absorbing. Only 13 but already so much a lawyer in his own mind that he keeps an "office" at home and dispenses legal advice to classmates and even adults, Theo finds himself in over his head when he's told in strict confidence that there's an eyewitness to a high-profile local murder whose perp is about to walk due to lack of evidence. That witness is an illegal immigrant, and so is understandably afraid of coming forward. What to do? Grisham injects occasional side remarks into the narrative (students in Theo's school are gender-separated "according to a new policy adopted by the smart people in charge of educating all the children in town,") and he embroiders Theo's dilemma with intriguing public and behind-the-scenes looks at courts, lawyers, and the realities of the judicial process. He also sets up the plot to move in ominous directions in future episodes—which partly, at least, compensates for leaving the murder trial unresolved at the end of this one. Expect heavy publicity-driven demand. John Peters, New York Public Library From Booklist After years of taking on lawyers of the adult persuasion, best-selling writer Grisham turns to a lawyer who's only 13. Well, Theo Boone hasn't taken the bar, but he offers advice to his friends, hangs out at the courthouse, and watches Perry Mason reruns. Things turn serious, however, when a witness to a murder, a young illegal immigrant, comes to Theo with evidence. The trial is in full swing, and it looks like the defendant will walk unless Theo comes forward. But he's promised the young man he will keep his identity confidential. What should he do? Grisham doesn't have the whole writing-for-kids thing down quite yet. His style, a little stiff, sometimes seems as if it's written for an earlier era. In one howler, he introduces Theo's teacher: “He always addressed them as ‘men' and for thirteen-year-olds there was no greater compliment.” The moral dilemma Grisham poses is interesting, but when Theo (logically) calls in the adults, it loses tension. Problem-solver Theo sometimes seems like a sophisticated Encylopedia Brown, and as with the boy detective, expect to see more of him. Grades 6-8. --Ilene Cooper 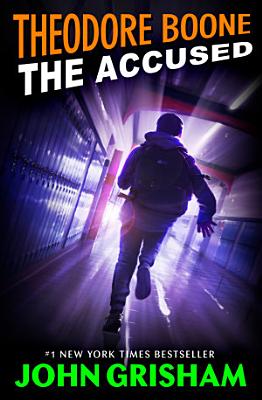 Book 3 in the thrilling young mystery series from internationally bestselling author John Grisham Big trouble is brewing for Theodore Boone. While all of Streenburg anxiously awaits the new trial of infamous murder suspect Pete Duffy, problems arise for their own kid lawyer. There's been a robbery and Theo is the accused. His reputation is on the line, and with the evidence building against him--and dangerous threats looming--Theo will do whatever it takes to prove his innocence--even if it means breaking a few rules. Filled with the intrigue and page-turning suspense that made John Grisham a #1 international bestseller and the undisputed master of the legal thriller, Theodore Boone's adventures will keep readers enthralled until the very last page. 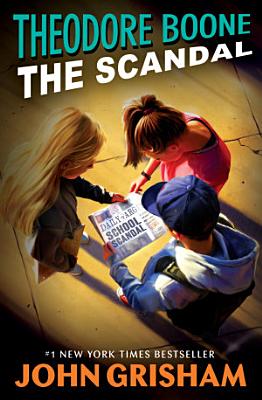 Thirteen-year-old Theodore Boone knows every judge, police officer, and court clerk in Strattenburg. He has even helped bring a fugitive to justice. But even a future star lawyer like Theo has to deal with statewide standardized testing. When an anonymous tip leads the school board to investigate a suspicious increase in scores at another local middle school, Theo finds himself thrust in the middle of a cheating scandal. With insider knowledge and his future on the line, Theo must follow his keen instincts to do what’s right in the newest case for clever kid lawyer Theo Boone. "Not since Nancy Drew has a nosy, crime-obsessed kid been so hard to resist." —The New York Times "Smartly written." —USA Today "Edge-of-your-seat drama, sophisticated plotting, and plenty of spunk." —Chicago Sun-Times "Classic Grisham." —The Los Angeles Times

In the small city of Strattenburg, there are many lawyers, and though he’s only thirteen years old, Theo Boone thinks he’s one of them. Theo knows every judge, policeman, court clerk - and a lot about the law. He dreams of being a great trial lawyer, of a life in the courtroom. But Theo finds himself in court much sooner than expected. Because he knows so much - maybe too much - he is suddenly dragged into the middle of a sensational murder trial. A cold-blooded killer is about to go free, and only Theo knows the truth. The stakes are high, but Theo won’t stop until justice is served. 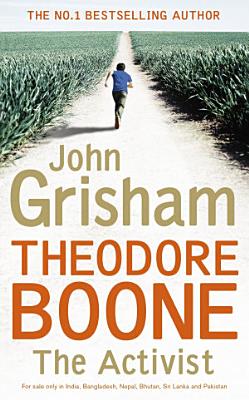 'Best book ever!' - 5-star reader review Theodore Boone, young lawyer, has had a lot to deal with in his thirteen years, everything from kidnapping to murder. But he's come through it all and, with the law on his side, justice has always prevailed. Sometimes, though, the law doesn't seem so just. His friend Hardie Quinn is about to have his family home bulldozed to make way for a bypass. Hardie is not the only one affected: other homes, businesses and schools lie in the path of the road. Theo has to tell his friend the bad news: for once, the law isn't on his side, and there's very little anyone can do to end the destruction. Theo joins the campaign to stop the road. But when he stumbles on a terrible secret about the corrupt men behind the plan - a secret it is illegal for him to know - Theo must figure out how to keep the developers from breaking the law . . . without breaking it himself. ******************* What readers are saying about THEODORE BOONE: THE ACTIVIST 'Fantastic' - 5 stars 'Thoroughly enjoyable' - 5 stars 'This is the best book in the series, a gripping read from the first page to the last' - 5 stars 'Awesome' - 5 stars 'Wonderful' - 5 stars 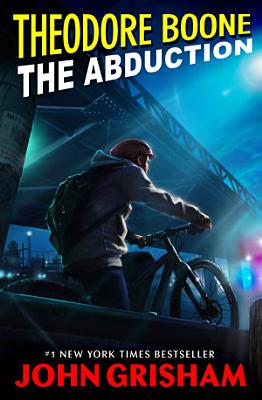 When his best friend disappears from her bedroom in the middle of the night, thirteen-year-old Theo uses his legal knowledge and investigative skills to chase down the truth and save April. 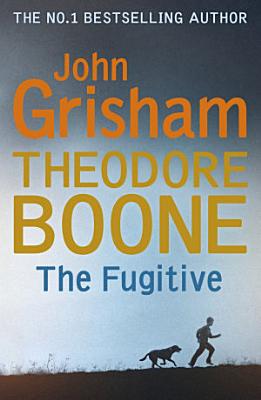 He was supposed to be having fun with his friends, not playing detective and stalking a serial killer. Theodore Boone - teenage lawyer and courtroom hero - is on a class trip seeing the sights of the capital city. But he hadn't counted on seeing the most wanted man in the history of his home town, Strattenberg. Suddenly Theo is caught in the hunt for an accused murderer, alongside the FBI. Theo knows he's getting in deep - and things could become even more dangerous. Because if this case goes back to court, it will be down to him. Will justice finally be done . . . or will the killer's criminal allies be out for revenge? ****************** What readers are saying about THEODORE BOONE: THE FUGITIVE 'Suspense, curiosity and, bravery, this book is packed with them' - 5 stars 'Loved this book' - 5 stars 'A great read for all ages' - 5 stars 'Awesome book - loved it' - 5 stars 'Excellent John Grisham book - not only for children!' - 5 stars 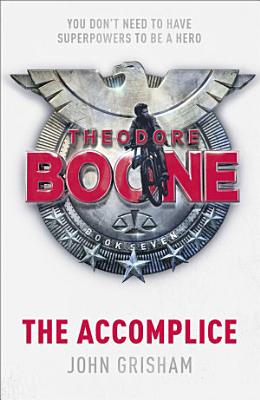 ***Perfect for fans of Anthony Horowitz's Alex Rider series*** 'Not since Nancy Drew has a nosy, crime-obsessed kid been so hard to resist' - New York Times Woody Lambert is in trouble. He comes from a broken family, suffers bad grades at school and his older brother, Tony, is on probation for a drug offence. When Woody inadvertently gets caught up with Tony and one of his friends, Garth, cruising around Strattenburg in a beaten-up Mustang drinking beer, one thing leads to another and Garth holds up a convenience store with a fake gun. Though he had no involvement in the crime other than being in Garth's car, Woody is arrested as an accomplice. He's going to need serious legal advice to avoid juvenile prison. Enter Theodore Boone: after all, Theo has already decided that he will become the best courtroom lawyer in the state. It's just that, at the age of thirteen, Theo is years from being a qualified lawyer - and Woody needs help right now . . . *********************** Further praise for the Theodore Boone series 'If you aspire to turn your children into lawyers who will keep you in your old age, John Grisham's Theodore Boone, his first novel for young people, might be for you' - Sunday Times 'For any young readers tired of wizards, vampires and Greek gods, there's now a new kid on the young fiction block, and this one really does have serious powers: Theodore Boone, half-boy, half-lawyer... fans will be pleased to know there will be more of Theo's adventures to come' - Sunday Express 'Nobody does legal fiction better' - Daily Express 'Gripping . . . I would recommend this book to anyone who loves a good mystery. I think everyone will be enthralled by Theodore Boone' - Scholastic News 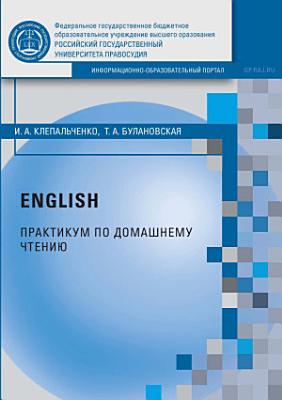