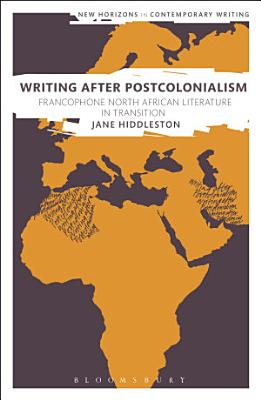 'Focusing on francophone writing from North Africa as it has developed since the 1980s, Writing After Postcolonialism explores the extent to which the notion of 'postcolonialism' is still resonant for literary writers a generation or more after independence, and examines the troubled status of literature in society and politics during this period. Whilst analysing the ways in which writers from Algeria, Morocco and Tunisia have reacted to political unrest and social dissatisfaction, Jane Hiddleston offers a compelling reflection on literature's ability to interrogate the postcolonial nation as well as on its own uncertain role in the current context. The book sets out both to situate the recent generation of francophone writers in North Africa in relation to contemporary politics, to postcolonial theory, and evolving notions of 'world literature, and to probe the ways in which a new and highly sophisticated set of writers reflect on the very notion of 'the literary' during this period of transition.' 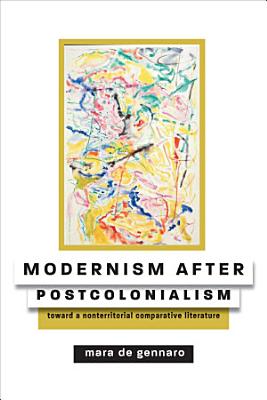 Drawing on interdisciplinary postcolonial efforts, especially in the social sciences, to deterritorialize categories of identity, culture, and community, Modernism after Postcolonialism dispenses with outdated modernist and postcolonial paradigms to reveal how the anxious, inconclusive comparisons of transnational modernist poetics can call us to imagine new solidarities across bounded territories. 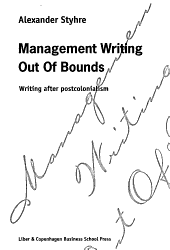 When thinking is moving out of the grids of the binary structure, writing practices may become a source of reflection and debate. The book is an attempt to bring the issue of writing into discussion in the field of management studies and organization theory.

Project Report from the year 2012 in the subject Literature - Africa, grade: 1,0, Carl von Ossietzky University of Oldenburg, language: English, abstract: The academic discourse on African postcolonial literature is characterized by a continuous process of debates on a variety of issues, reassessments of theories and redefinitions of terms. The term African postcolonial literature refers to writings produced after the political independence of various African states which were formerly subject to European colonial rule. Most of this literature written by African authors in their home countries or in diaspora deals with issues of colonial experience or decolonization. However, as Graham Huggan points out, the term African literature is a problematic concept, because "it conveys a fiction of homogeneity" and ignores the cultural variety existing on the African continent. Gikandi explains that the foundations of modern African literature have been laid by the process of colonization, e.g through education in Christian schools which have enabled today's forms of literature. Gikandi emphasizes the irony of this fact: "[W]hile the majority of African writers were the products of colonial institutions, they turned to writing to oppose colonialism." This leads to various problems when dealing with African writings, especially when applying the viewpoint of postcolonial criticism, which has been trying to theorize African writings since the 1980s. As Huggan points out, postcolonial criticism has been criticized "as subscribing to the very binaries (e.g. 'Europe and its Others') it seeks to resist." This paper contains an annotated bibliography which considers various issues regarding African postcolonial literature that have been discussed in the past 20 years. Here, the term African postcolonial literature is understood in a temporal way (referring to the postcolonial era in Africa) and in an academic way (referring to the postcolonial discourse). The articles, coll 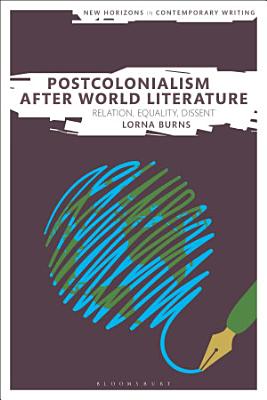 Postcolonial studies took shape in response to the nationalist and decolonization movements of the twentieth century. Today, a resurgent interest in world literature reflects an increased awareness of globalization. These twin projects are torn between a criticism that finds in the text the trace of capitalist modernity and one that accounts for the revolutionary potential of literature to challenge our global present. Postcolonialism After World Literature exposes what is at stake in this critical choice through a line of philosophical enquiry – Bruno Latour, Gilles Deleuze, and Jacques Rancière – that poses an alternative to the materialist strand of world literary criticism pioneered by Pascale Casanova and Franco Moretti. Engaging with these theorists and others, Lorna Burns contests world-systems theory as the basis for thinking about contemporary postcolonial and world literatures, and proposes a renewed framework that promotes literature's capacity to provoke dissent; to imagine new forms of belonging and relation for both national and world citizens; and to stage the shared equality of all. Moving between theory and the novels of Roberto Bolaño, J. M. Coetzee, Kamel Daoud, Dany Laferrière, Pauline Melville, Arundhati Roy and Kamila Shamsie, Postcolonialism After World Literature presents the case for rethinking world literature in light of the legacies of postcolonialism, and for reshaping postcolonial studies in an era of world literature. Lorna Burns is Lecturer in Postcolonial Literatures at the University of St Andrews, UK. She is the author of Contemporary Caribbean Writing and Deleuze (Bloomsbury, 2012). 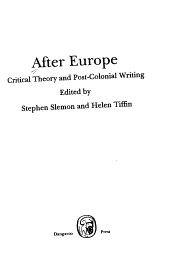 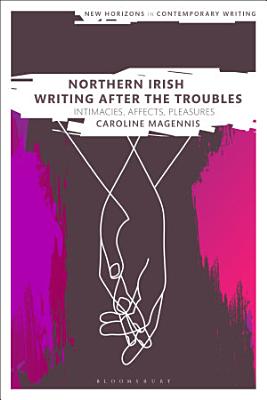 The period since the Good Friday Agreement in 1998 has seen a sustained decrease in violence and, at the same time, Northern Ireland has undergone a literary renaissance, with a fresh generation of writers exploring innovative literary forms. This book explores contemporary Northern Irish fiction and how the 'post'-conflict period has led writers to a renewed engagement with intimacy and intimate life. Magennis draws on affect and feminist theory to examine depictions of intimacy, pleasure and the body in their writings and shows how intimate life in Northern Ireland is being reshaped and re-written. Featuring short reflective pieces from some of today's most compelling Northern Irish Writers, including Lucy Caldwell, Jan Carson, Bernie McGill and David Park, this book provides authoritative insights into how a contemporary engagement with intimacy provides us with new ways to understand Northern Irish identity, selfhood and community. 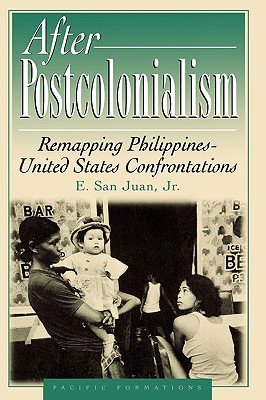 Caught betwixt the Asian continent and the hegemonic power of the United States, the Philippines occupies a contested space or borderland between past and present, East and West. Balancing the memory of colonial experience with an emergent nation-making dream, this innovative book asks if a meaningful future can be envisioned. 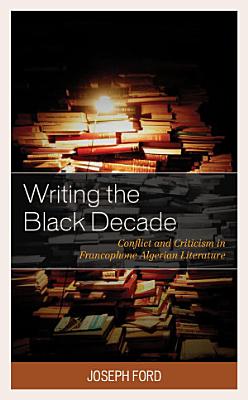 This book analyses the work of writers, journalists, and academic critics producing work during and since the end of the Algerian Civil War, arguing that literature--and ideas we have about it--can restrain our understanding of the world at a time of conflict and further entrench the polarized discourses that lead to the conflict in the first place. 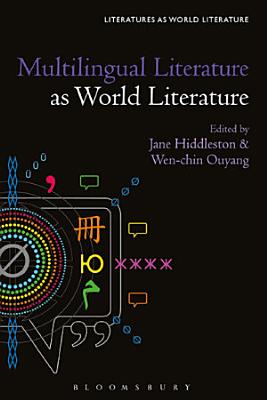 Multilingual Literature as World Literature examines and adjusts current theories and practices of world literature, particularly the conceptions of world, global and local, reflecting on the ways that multilingualism opens up the borders of language, nation and genre, and makes visible different modes of circulation across languages, nations, media and cultures. The contributors to Multilingual Literature as World Literature examine four major areas of critical research. First, by looking at how engaging with multilingualism as a mode of reading makes visible the multiple pathways of circulation, including as aesthetics or poetics emerging in the literary world when languages come into contact with each other. Second, by exploring how politics and ethics contribute to shaping multilingual texts at a particular time and place, with a focus on the local as a site for the interrogation of global concerns and a call for diversity. Third, by engaging with translation and untranslatability in order to consider the ways in which ideas and concepts elude capture in one language but must be read comparatively across multiple languages. And finally, by proposing a new vision for linguistic creativity beyond the binary structure of monolingualism versus multilingualism.